The Behavioural Analytics Lab is a focal point for cross College research in predicting human and biological behaviour.  Directed by Dr. Aldo Faisal, the labs focus is on the analysis of human behaviour using data-driven analysis and prediction, including the development of methods & algorithms to move from Big Data to Big Knowledge.

To forge to the objective, data-driven analysis of human behaviour. To develop pioneering methods & algorithms to move in a principled manner from Big Data to Big Knowledge. To advance our understanding of science, engineering and medicine through our applications.

The keys goals are:

5. Bottom-up analysis of group and social dynamics from the decisions of individuals.

The Behaviour Analytics Lab will be a particular focal point for developing innovative technology to give new insights into biological and behavioural variability and how the human brain works, bringing together academics from across all the faculties in Imperial College including the Departments of Computing, Bioengineering, Medicine, Neuroscience, and Electrical Engineering. 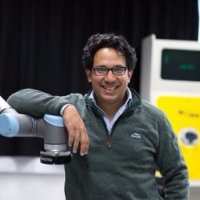 Prof Faisal is a Professor in Neurotechnology jointly at the Dept. of Bioengineering and the Dept. of Computing at Imperial College London. He is also Associate Group Head at the MRC Clinical Sciences Center (Hammersmith Hosptial) and is affiliated faculty at the Gatsby Computational Neuroscience Unit (University College London).

Yiannis Demiris is Professor in Human-Centred Robotics at Imperial, where he established the Personal Robotics Laboratory. He holds a PhD in Intelligent Robotics, and a BSc(Hons) in Artificial Intelligence and Computer Science, both from the University of Edinburgh. He has been a European Science Foundation (ESF) junior scientist Fellow, and a COE Fellow at the Agency of Industrial Science and Technology (AIST - ETL) of Japan. He is currently a Fellow of the Institute of Engineering and Technology (FIET), Fellow of the British Computer Society (FBCS) and Fellow of the Royal Statistical Society (FRSS).

Mauricio Barahona obtained a PhD in Theoretical Physics (Dynamical Systems and Condensed Matter) from the Massachusetts Institute of Technology (MIT) under the supervision of Steve Strogatz (Mathematics) and Mehran Kardar (Physics). His thesis dealt with the spatio-temporal dynamics of networks of Josephson junctions - superconducting electronic devices which can be described as coupled nonlinear oscillators. Concurrently, he developed algorithmic tools which, using concepts of information theory and dynamical systems, allow for the sensitive statistical detection of nonlinear dynamics in data. He then conducted postdoctoral research at Stanford University and the California Institute of Technology. At Stanford, he worked on generic properties of array synchronization with applications to pattern detection. At Caltech, in the Department of Control and Dynamical Systems, he concentrated on rigorous bounds of model reduction techniques, and on the analysis of network dynamics using graph-theoretical concepts. He came to Imperial as a Lecturer in 2001 and became a Reader in Biomathematics in 2004. In 2011, he moved to the Department of Mathematics as Chair of Biomathematics.

Professor Festenstein is an associate of the Medical Research Council's Clinical Sciences Centre (www.csc.mrc.ac.uk)  a member of the Division of Brain Sciences, Imperial College and an Honorary Consultant at the Imperial College Health Care Trust and the National Hospital for Neurology and Neurosurgery, Queen Square, London.

Adam Hampshire is a Senior Lecturer in the Computational, Cognitive and Clinical Neuroimaging Laboratory, which is part of the Department of Medicine's Division of Brain Sciences. The overarching aim of his research is to derive a better understanding of how task active networks in the human brain support key aspects of cognition such as attention, motor response inhibition, working memory, planning and reasoning, and how these aspects of cognition are affected in the pathological brain. He applies a wide range of techniques in pursuit of this aim including functional and structural brain imaging, genotyping, machine learning and computational modelling.

Paul Bentley is Clinical Senior Lecturer and Honorary Consultant Neurologist within Centre for Restorative Neurosciences, Imperial College London. After training at Cambridge and UCL, he undertook a research fellowship in Psychology Dept, Harvard, and a PhD in cognitive neuroscience at UCL. He was awarded a Stroke Association Clinical Fellowship and DoH New Blood Award. He is the first UK neurologist to have been dually-accredited in stroke medicine by the Royal College of Physicians. 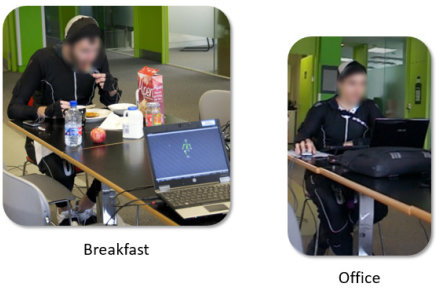 Human Ethome Project “in the wild”: One of their projects consisted of monitoring a person's brain while also monitoring their physical movements throughout the day. They came to the conclusion that natural statistics of movement explain brain activity correlations. 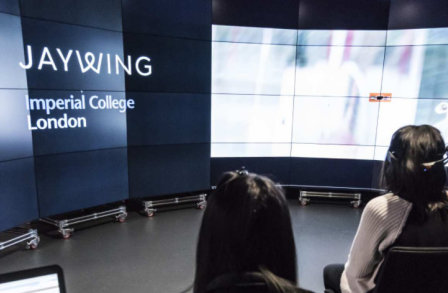 Jaywing: The new research collaboration, which will explore cognitive responses to marketing stimuli, will be a multidisciplinary effort, bringing in expertise from the Dyson School of Design Engineering and the Division of Brain Sciences.

Pervasive sensing for diagnostic: The lab began tracking disease progression in daily life from wearable kinematics. Using this data, they used a Gaussian-Process Latent Variable Model to create visualisations for the behaviour they witnessed. 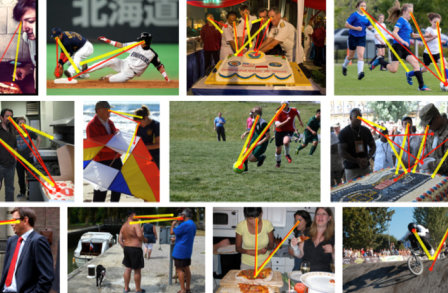 Tracking Eye Movements: Tracking eye functioning could lead to breakthrough discoveries in Parkinson’s disease, multiple sclerosis, muscular dystrophy, spinal chord injury, stroke, and amputations due to retained function in all of these conditions. You can also predict group behaviour from gaze-interaction and decode action intention via eye movements.