A major international study collating and analysing worldwide data on diabetes since 1980 has found that the number of adults with the disease reached 347 million in 2008, more than double the number in 1980. The research, published today in The Lancet, reveals that the prevalence of diabetes has risen or at best remained unchanged in virtually every part of the world over the last three decades.

Diabetes occurs when the cells of the body are not able to take up sugar in the form of glucose. As a consequence, the amount of glucose in the blood is higher than normal. Over time, this raises the risk of heart disease and stroke, and can also cause damage to the kidneys, nerves and retinas. High blood glucose and diabetes are responsible for over three million deaths worldwide each year.

The estimated number of diabetics was considerably higher than a previous study in 2009 which put the number worldwide at 285 million.

The study, the largest of its kind for diabetes, was carried out by an international collaboration of researchers, led by Professor Majid Ezzati from Imperial College London and co-led by Dr. Goodarz Danaei from the Harvard School of Public Health, in collaboration with the World Health Organization and a number of other institutions.

Professor Majid Ezzati, from the School of Public Health at Imperial College London, said "Diabetes is one of the biggest causes of morbidity and mortality worldwide. Our study has shown that diabetes is becoming more common almost everywhere in the world. This is in contrast to blood pressure and cholesterol, which have both fallen in many regions. Diabetes is much harder to prevent and treat than these other conditions."

Dr. Goodarz Danaei, from the Harvard School of Public Health, added "Unless we develop better programmes for detecting people with elevated blood sugar and helping them to improve their diet and physical activity and control their weight, diabetes will inevitably continue to impose a major burden on health systems around the world." 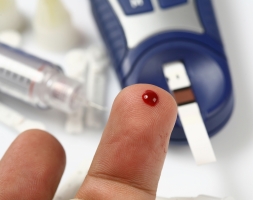 A fasting plasma glucose above 7 mmol/L is diagnostic of diabetes.

To test whether or not someone has diabetes, doctors measure the levels of glucose in a patient's blood after they have not eaten for 12 to 14 hours, since blood sugar rises after a meal. A "fasting plasma glucose" (FPG) below 5.6 millimoles per litre (mmol/L) is considered normal, above 7 mmol/L is diagnostic of diabetes and an FPG level between 5.6 and 7 is considered pre-diabetes.

Funding for the study came from the Bill and Melinda Gates Foundation and the World Health Organisation.

2. Glucose and diabetes data for each country are available to download from www.imperial.ac.uk/medicine/globalmetabolics

Since it s foundation in 1907, Imperial's contributions to society have included the discovery of penicillin, the development of holography and the foundation s of fibre optics. This commitment to the application of research for the benefit of all continues today, with current focuses including interdisciplinary collaborations to improve global health, tackle climate change, develop sustainable sources of energy and address security challenges.

4. Harvard School of Public Health ( http://www.hsph.harvard.edu ) is dedicated to advancing the public's health through learning, discovery, and communication. More than 400 faculty members are engaged in teaching and training the 1,000-plus student body in a broad spectrum of disciplines crucial to the health and well being of individuals and populations around the world. Programs and projects range from the molecular biology of AIDS vaccines to the epidemiology of cancer; from risk analysis to violence prevention; from maternal and children's health to quality of care measurement; from health care management to international health and human rights. For more information on the school visit: http://www.hsph.harvard.edu