Developing ceramics for protecting spacecraft and making micro-electronic devices are examples of the pioneering research carried out by Imperial academics, recognised this week with prestigious engineering honours.

Professor Jeff Magee, Principal of the Faculty of Engineering, says: “Engineering is a major driver of innovation and industry in the UK and it is right that we celebrate the valuable contributions that our engineers make to society. From establishing successful enterprises to combating toxic pollution, this year’s cohort of Fellows are fine examples of what engineering can do to improve the world in which we live. On behalf of Imperial, I congratulate our new Fellows for their outstanding efforts."

Newly elected Fellow Professor Lee was recognised for his research into developing light-weight, durable ceramics for a range of applications such as creating thermal protection ceramic shields for spacecraft and super fast planes, whose wingtips and nose cones can reach temperatures of more than 2000 Degrees Celsius while in the upper atmosphere. His work also explores how these ceramics can perform in other severe environments such as nuclear reactors. 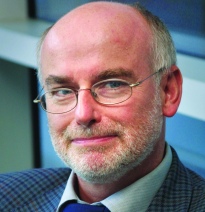 Professor Lee says: “This year, my 50th PhD student graduated successfully, which has been a real career highlight for me. I am extremely proud of them all, and having worked with them to achieve their success. Becoming a Fellow is up there as another highlight. I plan to celebrate this achievement by drinking more champagne than is good for me on several occasions with my family, friends, brilliant research group, and my colleagues in the Department. On a sober note, this Fellowship is not only recognition of past achievements, but also about creating more opportunities in the future.”

Professor Wayne Luk was recognised by the Academy for his eminence in the field of “reconfigurable computing”, which provides an effective way to reprogram chips containing arrays of computing elements and the connections between them. Reconfigurable computing technology can make computers faster, smaller, more energy efficient and powerful. It is useful in many key applications including internet message routing, DNA sequencing and medical imaging. Professor Luk’s work in the field has led to a host of international awards and has influenced the development of technologies and products from a range of companies including Maxeler and Xilinx. 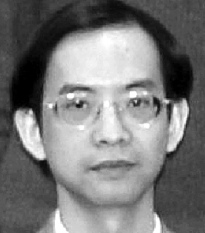 Professor Luk says: “Receiving this Fellowship is tremendously encouraging – a fabulous recognition of what our research group has achieved so far and a reminder that much more remains to be discovered and invented. I plan to celebrate this honour by thanking my research team for being so innovative and productive and for making it such a nice environment to work in.”

Understanding the hazards and risks of pollutants such as arsenic and lead to human health and the environment is the focus of newly elected Fellow Professor Jane Plant’s research. During her career, Professor Plant has been involved in a range of projects to reduce the risk of pollutants to communities around the world. Previously, as Chief Scientist of the British Geological Survey, she was responsible for the team that carried out the underpinning research to develop a safe nuclear waste repository in the UK. More recently, as Anglo American Professor of Geochemistry at Imperial, Jane has applied her expertise to understanding and minimising the impact of pollutants from mining in South America and South Africa. 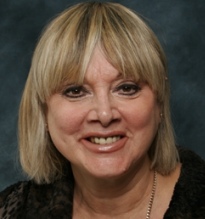 Professor Plant says: “I regard my Fellowship as one of the greatest, if not the greatest honour, I have been awarded during my career. My loved ones have reacted with pride and delight when I told them – especially my husband who has always been incredibly supportive of my career.”

Professor Hugh Spikes received his Fellowship for his work in the field of tribology, originally called “friction, lubrication and wear”, which focuses on understanding and improving the performance of rubbing contacts. Having built one of the world’s largest university-based tribology research groups, newly elected Fellow Professor Spikes’ work is aimed at reducing friction in machines to make them more efficient, which reduces their CO?emissions. His group also focuses on understanding more about rubbing biological contacts, such as determining what causes metal hip implants to fail. 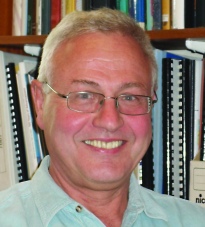 Professor Spikes, who has also received the prestigious Tribology Gold Medal from the Tribology Trust in 2004, says: “I am mildly astonished to have received such an honour from the Academy, but I am also extremely proud and excited to now be counted among such distinguished peers. Sadly my father, the only other engineer in the family, has passed away, but I know he would have been really pleased to hear about my Fellowship.”

Newly elected Fellow Professor Eric Yeatman is a world-leader in the field of micro-engineering. His research focuses on developing micro-electronic technology with a range of potential applications, such as harvesting energy from the body to power wireless devices such as medical sensors and improving fibre optic communication technology. He is also co-founder and acting CEO of Microsaic Systems plc, an Imperial spinout company which was listed on the London Stock Exchange in April 2011. Microsaic was the first company to introduce miniaturised mass spectrometers, which analyse the molecular composition of substances, on to the market. 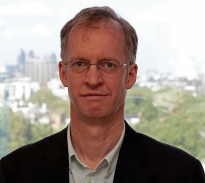 Professor Yeatman, who won a Royal Academy of Engineering Silver Medal in 2011, says: “There are a number of Fellows in the College and elsewhere that I’ve long thought of as great engineers and researchers and I am very proud to be joining such an accomplished group. My wife and I have a trip planned to Sicily next week and I’ll expect we’ll find a place there to have a glass of something to toast this happy achievement."