MASER power comes out of the cold Scientists operate a maser at room temperature for the first time, which paves the way for its widespread adoption.

Scientists demonstrate that they can operate a maser at room temperature for the first time using new technology, which paves the way for its widespread adoption, in research published today in the journal Nature. 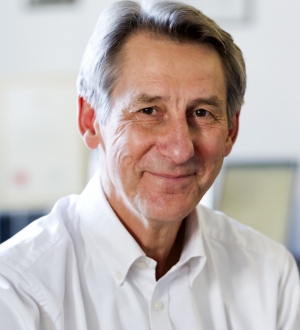 Maser stands for Microwave Amplification Stimulated Emission of Radiation and it was invented by scientists more than 50 years ago, before LASER technology was developed. Instead of creating intense beams of light, as in the case of LASERs, MASERs deliver a concentrated beam of microwaves. However, the MASER has had little technological impact because it was inconvenient to use - only functioning in high magnetic fields, a vacuum and freezing conditions at temperatures close to absolute zero (-273°C).

Now, the team from Imperial College London and the National Physical Laboratory (NPL) have developed technology that enables them to operate the MASER at room temperature and without the need for an external magnetic field. Today’s breakthrough means that the cost to manufacture and operate MASERS could be dramatically reduced, which could lead to them becoming as widely used as LASER technology.

The researchers suggest that the MASER could be used in a range of applications including more sensitive medical instruments for scanning patients; improved chemical sensors for remotely detecting explosives; advanced components for quantum computers and better radio astronomy devices for potentially detecting life on other planets.

Professor Neil Alford, co-author and Head of the Department of Materials at Imperial College London, says: “When LASERS were invented no one quite knew exactly how they would be used and yet, the technology flourished to the point that LASERS have now become ubiquitous in our everyday lives. We’ve still got a long way to go before the MASER reaches that level, but our breakthrough does mean that this technology can literally come out of the cold and start becoming more useful.”

Conventional MASER technology works by amplifying microwaves using crystals such as ruby - this process is known as “masing”. However, masing only works when the ruby is kept at a very low temperature.

The team in the today’s study have discovered that a crystal called p-terphenyl doped with pentacene can replace ruby and replicate the same masing process at room temperature.

The twin challenges the team are currently facing are getting the MASER to work continuously, as the prototype device only works in pulsed mode for fractions of a second at a time. They also aim to get it to operate over a range of microwave frequencies, instead of its current narrow bandwidth, which would make the technology more useful.

In the long-term, the team have a range of other goals including the identification of different materials that can mase at room temperature while consuming less power than pentacene-doped p-terphenyl. The team will also focus on creating new designs that could make the MASER smaller and more portable.

The research was also carried out by Johnathan Breeze, PhD student at Imperial, and Dr Mark Oxborrow from NPL. The work was funded by the Engineering and Physical Sciences Research Council and, at NPL, through the UK’s National Measurem