Imperial College London has today been awarded £35 million to support the development of its new Imperial West Technology Campus in west London.

Imperial College London has today been awarded £35 million to support the development of its new Imperial West Technology Campus in west London. The investment by the Higher Education Funding Council for England (HEFCE) through the UK Research Partnership Investment Fund (UK RPIF) will contribute to the development of the campus's £150 million Research and Translation Hub.

The 42,000 square metre Hub will be the focus of the seven acre technology campus on the BBC's former Woodlands site, alongside the A40. It will deliver world-class education, research and translation activities, and foster partnerships with global stakeholders from business, industry, higher education and the NHS.

Incorporating 50 new units for spinout companies, the Hub will serve the needs of London's enterprise community, expanding support for innovation drawn from Imperial and other leading universities. With an emphasis on the commercialisation of research to bring benefits to society and the economy, the site is expected to attract innovation businesses to co-locate and could offer a base in London to world-class higher education institutions from outside the UK. The Hub will also provide high specification, multidisciplinary research space for 1,000 scientists and engineers investigating next generation materials.

Sir Keith O'Nions, President & Rector of Imperial College London, said: "The opportunities presented by the Imperial West Technology Campus are tremendously exciting. It will bring together world-class teaching and research with our cutting-edge translation activities, working closely with business, the NHS and industry. In terms of the scale of its facilities and of our ambition, it is unlike anything that exists in London, and will be an exemplar in the UK. I am delighted that HEFCE recognised the huge potential with such a substantial award."

In terms of the scale of its facilities and of our ambition, [Imperial West] is unlike anything that exists in London

Alongside the award from HEFCE, one of the largest awarded from the UK RPIF, the new £150 million Research and Translation Hub will be funded by a £90 million contribution from investor Voreda, with the remainder funded by the College.

Chris Dancer, Partner, Voreda Capital, said: "Voreda is delighted to continue our work with Imperial College London at the new Imperial West Technology Campus. The Research and Translation Hub will be a fantastic boost for London and White City, creating new jobs and leading the regeneration of the area."

Alongside the Research and Translation Hub, the site will include teaching, community, leisure and retail facilities, a hotel, homes for Imperial College and Imperial NHS key workers and private sale, and a publicly accessible square.

The redevelopment of the former BBC Woodlands site, purchased by the College in 2009, is a major boost to the regeneration of the White City area. Phase one of the redevelopment was completed in September 2012 with the opening of Wood Lane Studios, providing accommodation for 606 postgraduate students and early-career researchers. Planning permission for the second phase of the College's masterplan was granted by the London Borough of Hammersmith and Fulham in July 2012. On completion, the new campus will generate 3,200 direct permanent jobs on site.

The development of Imperial West complements the College's existing activities in the area, and is located 500 metres from the Imperial Centre for Translational and Experimental Medicine (ICTEM). This £66 million flagship facility was opened in May 2012 next to Hammersmith Hospital, and will expand and accelerate the translation of scientific discoveries into new ways of preventing, diagnosing and treating diseases. It combines laboratory space for up to 450 scientists with a dedicated facility for evaluating and developing new medical treatments through clinical trials.

Plans to develop the Research and Translation Hub will begin in 2013. 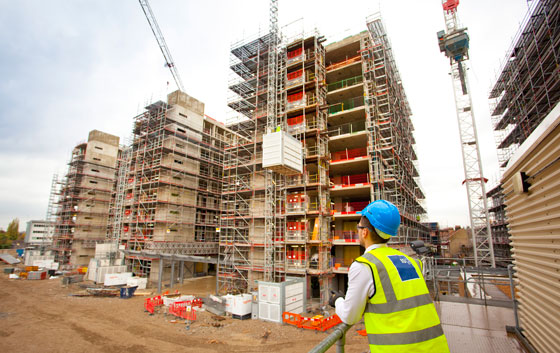 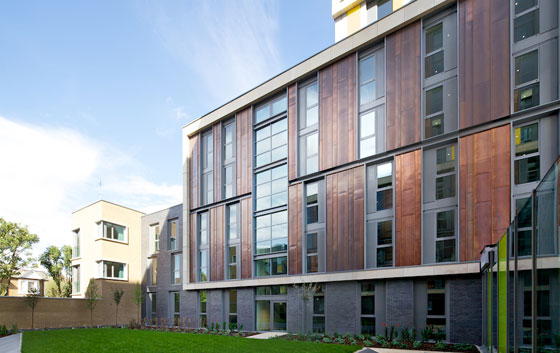 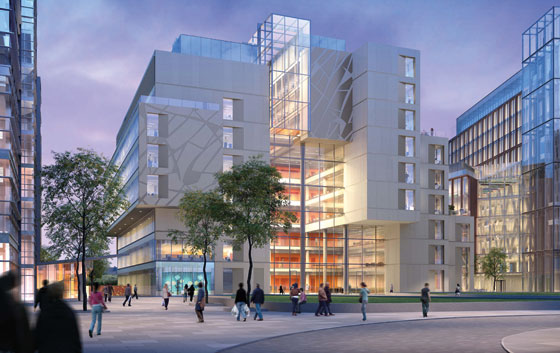 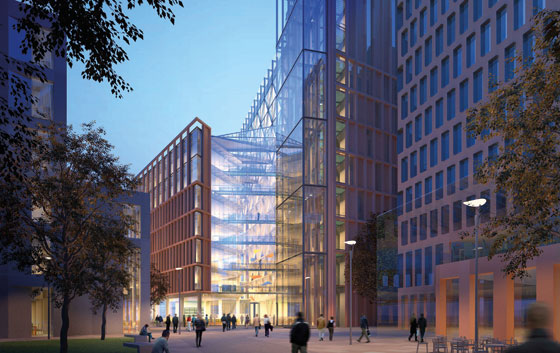 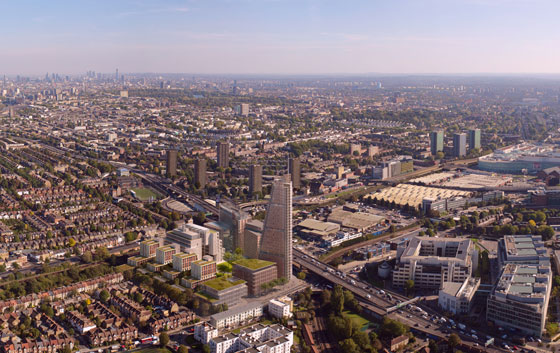