Is the traditional christmas under threat?

Picture a traditional British Christmas scene: a huge tree stands beside a roaring fire, the roast dinner is in the oven and cheerfully wrapped presents litter the floor.

All these material trappings mean it can be a difficult time of year for people making an effort to reduce their carbon footprint and limit the effects of climate change.

Jenny Mitchell asks Imperial’s researchers what the sustainable holidays of the future might look like. Here are five festive features that we may have to learn to live without. 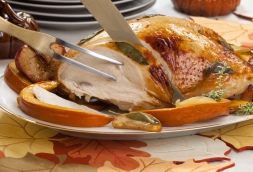 Turkey sandwiches await for many days

According to a recent report by the United Nations Food and Agriculture Organization, Western diets, particularly those of meat eaters, cause more greenhouse gases to spew into the atmosphere than either transportation or industry, contributing up to 30 per cent of an individual's carbon footprint. Over the Christmas season 230,000 tonnes of food is wasted in the UK alone.

One key Christmas ingredient that highlights both excessive waste and greenhouse gas production is the turkey. By the time our bird makes it onto the table it has often travelled hundreds of miles and had a hand in deforestation, used up valuable fresh water and eaten food that could have been used to feed people. Then, once the big day’s festivities are over families often throw the leftovers away, rather than face the prospect of days of turkey sandwiches.

Erica Thompson, who has been carrying out research in the Department of Physics and Imperial College Business School, and is funded by the Grantham Institute for Climate Change and the Met Office, pointed out some ways to make sure the Christmas dinner has less environmental impact: "In London at the moment I suspect there is an extremely small supply of really sustainable meat of any kind, so in the absence of that, some kind of vegetarian alternative is probably the best bet. For those who can't bring themselves to go veggie for the day, choose an organically raised free range turkey or chicken from the nearest, smallest supplier, preferably a small scale mixed agricultural holding."

Having already made the transition from dirty domestic coal fires to cleaner gas and wood burners, are we about to lose the fire completely? According to Luis Munuera, a researcher at Imperial's Grantham Institute for Climate Change, if we want to live sustainably by the year 2050 the answer is a definite yes. He says: "Houses heated by gas produce around 5 tonnes of CO2 every year. So, in order to meet the government's current carbon reduction targets we need to replace around 40 per cent of our heating systems."

Instead of gas powered boilers he says we are likely to see large numbers of heat pumps, which works like a refrigerator in reverse, and community heating systems. Both are already commonplace in Northern European countries, where heating networks carry hot water for domestic heating from a central source through a system of pipes. "The advantage of using this type of district heating system is that the heat can be produced in a much more efficiently, by supplying the network with a variety of energy sources including biomass or solar ," explains Munuera.

Community heating systems and heat pumps could mean that gas fires become a thing of the past. To make this work, homes will have to be transformed to reduce the heating losses through walls or windows. Luis Munuera says: "A lot of green ways of heating houses can only output at lower temperature, so conserving and distributing low temperature heat efficiently becomes much more important. This means that we are likely to see widespread energy conservation measures and an increased use of radiators with greater surface area or even under floor heating." 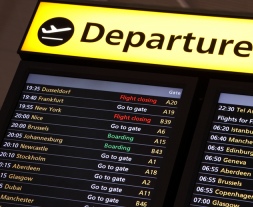 Annual visits from your far-flung family members may also soon go out of fashion (for shame, you say?). Transport represents about a quarter of domestic UK emissions with aviation accounting for around 13 per cent of the UK's greenhouse gas emissions. The present rapid growth of air travel, if it continues unchecked, would mean the UK would find it almost impossible to meet its 2050 target for reducing emissions by 80 per cent. This coupled with the rising cost of coach and rail fares could mean more people spend Christmas in their own homes.

Dr Andrew Heyes, deputy director for education at Imperial's Energy Futures Lab, suggested that a step in the right direction would be to take shorter flights. He says: "We would argue that long distance non-stop flights should be replaced by shorter flights with refuelling stops. This is much more efficient and not that much more time consuming." 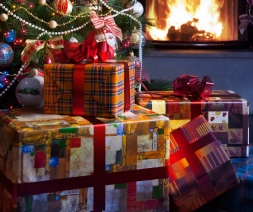 Christmas cards and wrapping paper further increase the festive season's impact upon the environment. Around 50,000 trees will be cut down to produce the 8,000 tonnes of wrapping paper used to brighten up the gifts we give to our family and friends. According to some estimates 1.5 billion cards and 83 square kilometres of wrapping paper are thrown away by UK residents over the Christmas period, most of which ends up in landfill.

There may be some possibilities when it comes to reducing the impact of this waste on the environment. Dr Richard Murphy and colleagues from the Department of Life Sciences have completed a study suggesting that biofuel created by collecting and fermenting the wrapping paper and cards used during Christmas could produce high-grade biofuel capable of powering motor vehicles.

He says the amount of card and paper wasted during the Christmas season could produce enough biofuel to run a double-decker bus to the moon and back more than 20 times. Dr Murphy added: "If this technology can be developed further, waste paper might ultimately provide a great, environmentally friendly alternative to fossil fuels. There's more work to do to assess the effectiveness and benefits of the technology, but we think it has significant potential. 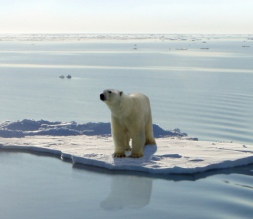 North Pole wiped off the map

One of the most well-known effects of global warming is accelerated melting of polar ice caps. 2012 saw the Arctic’s sea ice shrink to a record minimum of 3.41 million square kilometres. Scientists are worried about this reduction, since sea ice plays a critical role in regulating climate, acting as a giant mirror that reflects much of the sun's energy, helping to cool the Earth.

The snowy Arctic is also where you find Santa Claus, who sets out each year from his North Pole home to bring presents to the children of the world. Which begs the question; if we don’t slow down the rate of global warming will we make Santa homeless?

Go to work on a Christmas card: UK's wrapping paper and festive cards could provide energy to send a bus to the moon more than 20 times