The Centre is a partnership between Imperial College London, the London School of Hygiene and Tropical Medicine and the Natural History Museum. It builds on a commitment by pharmaceutical companies and development organisations to control infections such as schistosomiasis and soil-transmitted helminths, writes Francis Peel of the Partnership for Child Development at Imperial.

In January last year, Bill Gates, pharmaceutical companies and the great and good of the development world came together make unprecedented commitments to combat the neglected tropical diseases which damage the lives of over two billion people across the globe.

As part of this seminal event, participants, including Imperial College London, signed up to the London Declaration of Neglected Tropical Diseases (NTDs), which called on signatories to make concerted efforts to control and eliminate NTDs by 2020. The fact that the declaration was held in London is no coincidence. London is a global leader in NTD research, with its universities and labs employing or training many of the leading lights in the battle against NTDs.

A year on, the declaration’s progress report card reads well. In 2012 pharmaceutical companies such as GlaxoSmithKline donated over 1.2 billion free treatments; over 238 million people across 29 countries have been treated for parasitic worms and national control programmes across endemic countries are being created and enlarged. The challenge now is to sustain and coordinate this increased level of investment.

On 30 January, exactly one year to the day of the declaration, a new centre was launched which aims to capture and coordinate the abundance of London’s NTD expertise and research.

The London Centre for Neglected Tropical Disease Research, a joint initiative of Imperial College London, the London School of Hygiene and Tropical Medicine and the Natural History Museum, will  undertake innovative research to build evidence around the control, mapping and diagnosis of four of the most common NTD infections – hookworms, roundworms, whipworms (collectively known as soil-transmitted helminths)  and schistosomiasis. Although these diseases impact on the lives of around a third of the global population, there is currently no dedicated centre for focused operational and research support to tackle them.

With core and research funding from the Bill and Melinda Gates Foundation and global healthcare company GlaxoSmithKline, the new centre will also use its collective expertise in the area of NTDs to support the work of partner organisations on specific diseases, including Sightsavers  and the International Trachoma Initiative. 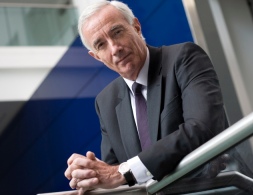 The Centre’s Director, Professor Sir Roy Anderson from Imperial College London, said, “The considerable amount of support and donations which have been made to control and eliminate NTDs have thrown up a number of important research questions which need to be answered if we are to meet the 2020 target.  The London’s Centre’s mission is to answer these key questions, thereby helping to ensure that investments are used in the most effective way and will have the maximum positive impact."

As well as building the research evidence base, the Centre will provide technical advice and support to countries looking to develop and implement their own government-led control programmes. This expertise will be provided by the Partnership for Child Development (PCD) and the Schistosomiasis Control Initiative (SCI), both based at Imperial College London.