Members of one of the world's most renowned bands, Queen, make a special appearance at the Imperial College Union to accept a music heritage award. 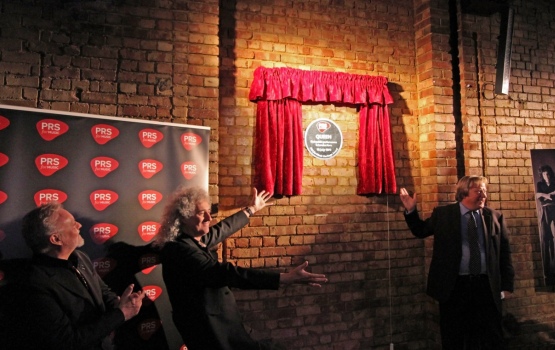 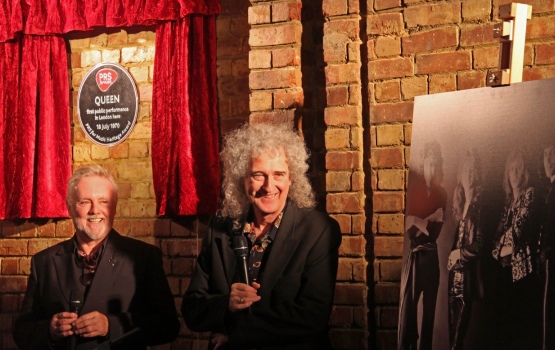 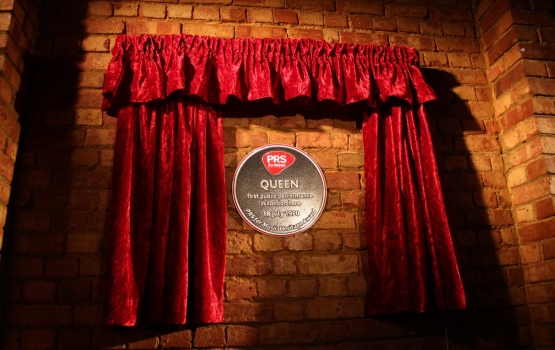 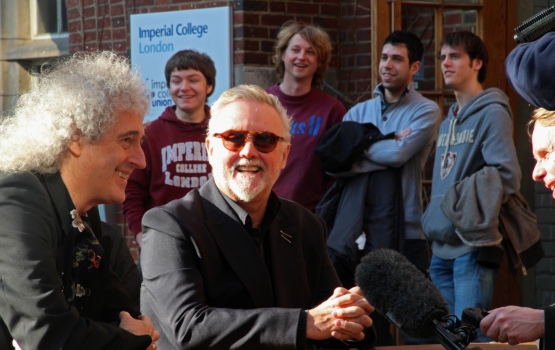 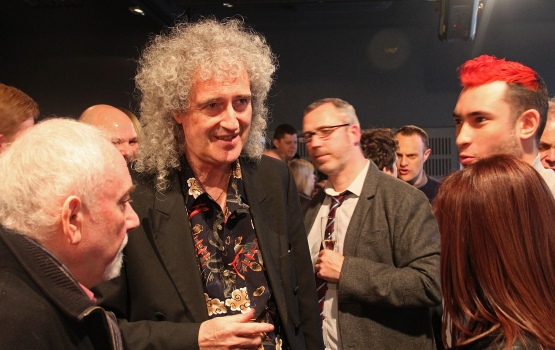 Members of one of the world’s most renowned bands, Queen, made a special appearance at the Imperial College Union on Tuesday 5 March to accept a music heritage award from the Performing Right Society (PRS) for Music.

Dr Brian May, an Imperial alumnus, (PhD Astronomy 2007), and Roger Taylor returned to the College to receive the award which recognises Queen’s unique contribution to the UK music industry. To mark the honour, PRS has installed a plaque, commemorating Queen’s first concert in London at the Union on 18 July 1970.

After unveiling the plaque, which will be placed permanently on Prince Consort Road, Brian reflected on that moment in 1970. “The first proper gig we did was at Imperial in the Union Hall. I remember it very distinctly because I’d seen all sorts of people playing in there. I’d been part of the Entertainment Committee and we booked a group every Saturday night in those days. People like Spooky Tooth and Steamhammer! We booked Jimi Hendrix too. So for us it was a dream come true to actually play on that stage. It used to get packed in there so it was a major stepping stone for us,” said Brian.

College staff and students, including Union President, Paul Beaumont, welcomed them back: “We’re very proud of the Union’s musical past; including the small role we played in the Queen story. It’s a privilege to host a plaque commemorating the band’s first London performance here.”

The historic gig took place whilst Brian was a student at Imperial. After completing a degree in physics, he went on to study a PhD. When the launch of the ‘Queen II’ album in 1974, led to international recognition, Brian left the College to focus on the band. Brian returned to the College, gaining his doctorate in Astronomy in 2007 - 36 years after starting his thesis.

PRS for Music represents the rights of over 95,000 songwriters, composers and music publishers in the UK. The organisation established the Heritage Award scheme in 2009 to recognise important live music venues where iconic bands and songwriters have performed. Previous awardees include Blur, Elton John, Soul II Soul and Dire Straits. The thirteenth music heritage award recognises Queen’s outstanding achievements with 16 number one albums, 18 number one singles, and over 300 million record sales.