Leaders from business, research and government joined Imperial staff last night for the launch of the vision for Imperial West

Imperial's President & Rector Sir Keith O'Nions showcased the centrepiece of the new campus, a £150 million Research and Translation Hub, and laid out the College's vision for a £1 billion innovation eco-system where 3,000 researchers will work to solve the scientific challenges of the future.

The project was hailed by Mayor of London Boris Johnson and Universities & Science Minister David Willetts who both spoke at the launch, held on the College's South Kensington Campus.

David Willetts, Minister for Universities & Science, said: "This is absolutely the right way forward for Imperial. It’s to the wider benefit of the community, but it is of particular significance for London. We’re used to thinking of London as a great legal centre, as a great financial centre, as a great centre for culture, theatre and the arts, but London is also one of the world’s great centres for universities and science”

Boris Johnson, Mayor of London, delivered a wide-ranging speech, observing that London has been a source of scientific inspiration for centuries, with the first TV set, first machine gun and Darwin’s theory of evolution being among the developments that have sprung out of the city.

He said: “London is emerging as the innovation and scientific capital of the world. And our ambition – my ambition as Mayor – is to keep driving that process on and to accelerate it.

“Here at Imperial you’ve got the right answer, which is to capture the flash of inspiration, harness the bang and convert it into wallop for the London and the UK economy – and that is what you’re doing at Imperial West.

“You’ll be following in the footsteps of all the innovators at Imperial that have made it the greatest scientific institution in the world.”

Councillor Nicholas Botterill, Leader of Hammersmith and Fulham Council, was among the supporters of Imperial West featured in a film about the new campus unveiled at the event. He said:

“White City is a brilliant part of London and one of the best connected. It's absolutely fantastic that Imperial has decided to expand here. Imperial West is an exciting venture and will bring around three thousand jobs to the borough. We're already home to some world leading enterprises and businesses and Imperial's increased presence will be a great boost for our vibrant community.”

After the keynote speeches, Imperial staff got the chance to sample architectural plans for Imperial West in cake form. The campus-shaped cake, which took over 80 hours to make and contained more than 30kg of sugar paste, was cut by Deputy Rector Professor Stephen Richardson who emphasised that Imperial West's success will not be down to impressive facilities alone, but to the talented people who will work in them.

Guests browsed an exhibition showcasing construction plans for the campus and local community, alongside displays highlighting some of Imperial's most exciting research, innovation and spin-out companies.

Boris Johnson and David Willetts were especially taken by the chance to don Harry Potter-style invisibility cloaks developed by Imperial physicists working with metamaterials. The Mayor and Minister were astonished to find their bodies become almost completely see-through on screen. 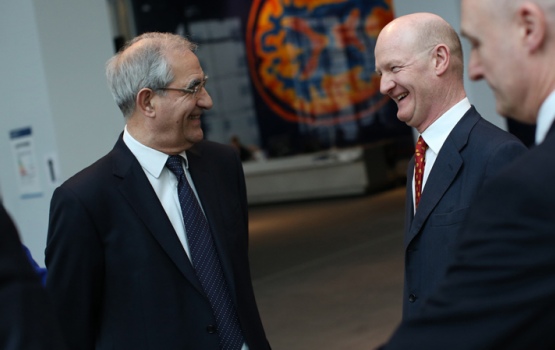 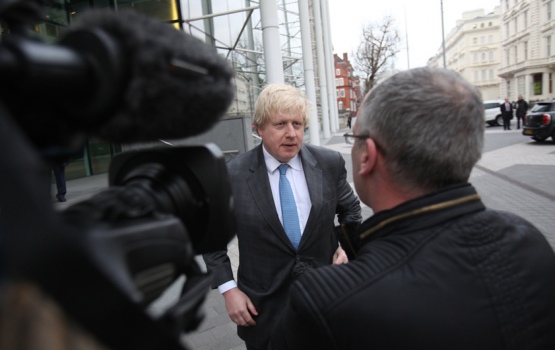 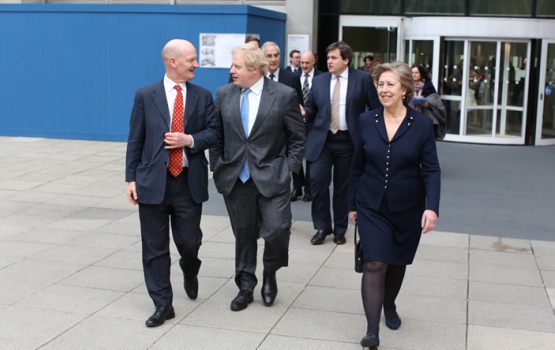 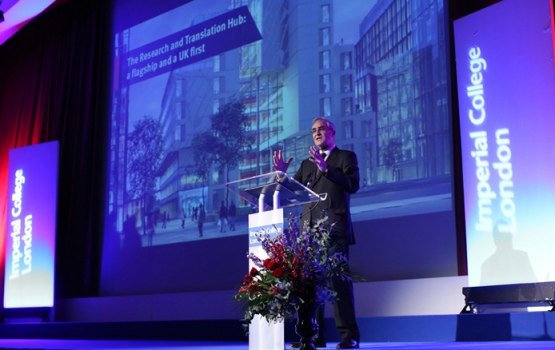 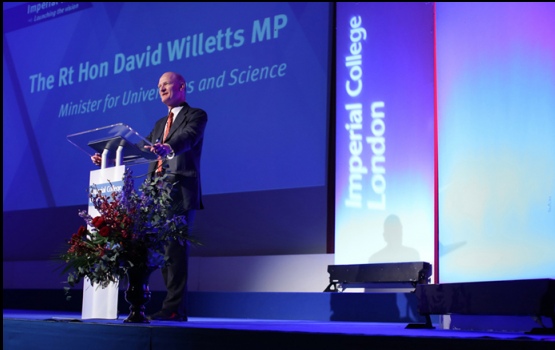 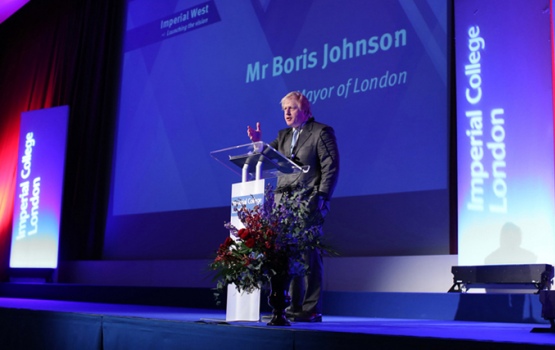 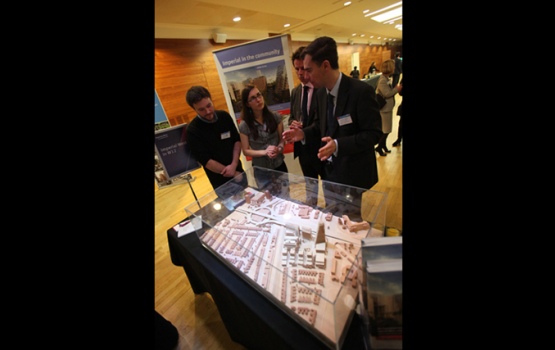 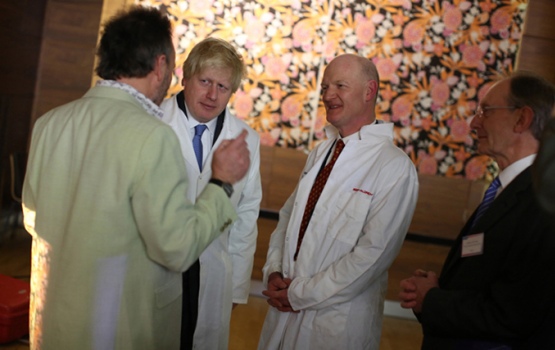 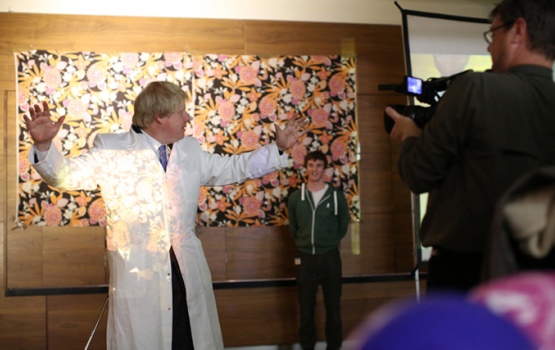 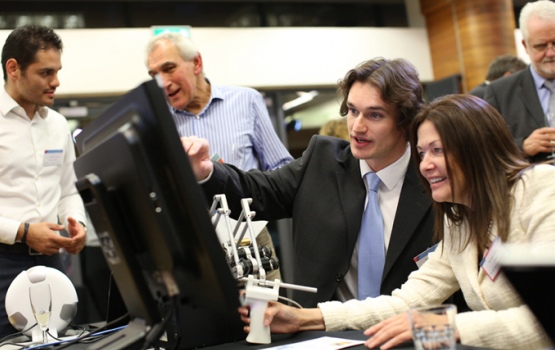 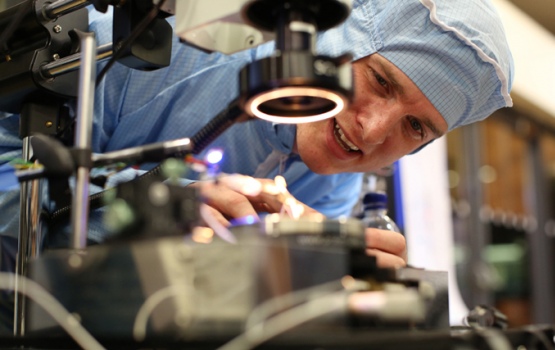 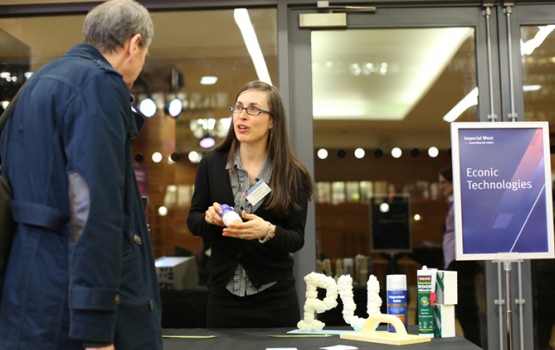 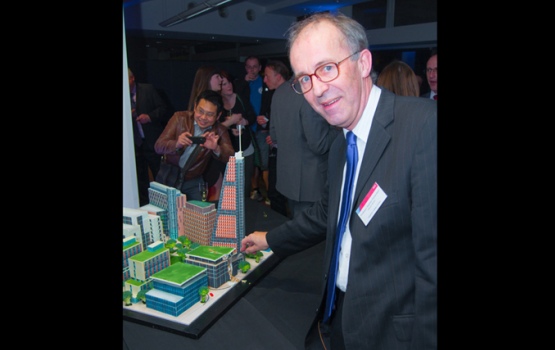 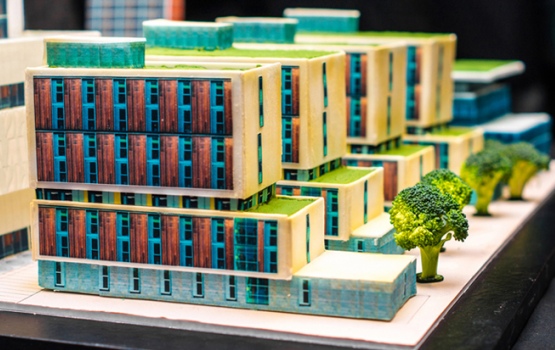 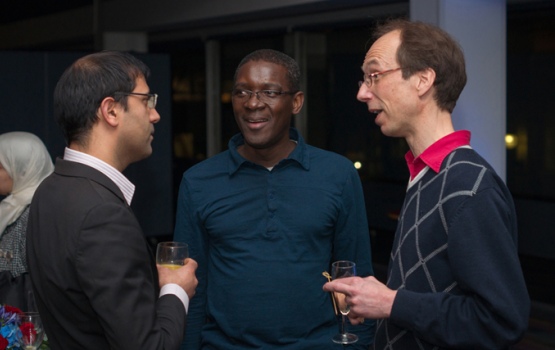