As the concentration of carbon dioxide in the atmosphere passes a landmark value, Imperial scientists take stock of implications for our climate.

The concentration of carbon dioxide (CO2) gas in the in the Earth's atmosphere passed 400ppm (parts per million) according to the Mauna Lao Observatory in Hawaii in the Pacific Ocean, where researchers have been recording levels of CO2 in the atmosphere since 1957.

Climate scientists are worried that increasing levels of CO2 will cause average global temperatures to rise which will have a significant impact on the planet’s climate system.

Two experts from Imperial College London explain the science and what this means for the earth’s climate - Professor Sir Brian Hoskins, Director of the Grantham Institute for Climate Change, and Professor Jo Haigh, atmospheric physicist and Head of the Department of Physics.

How are CO2 and the climate linked? 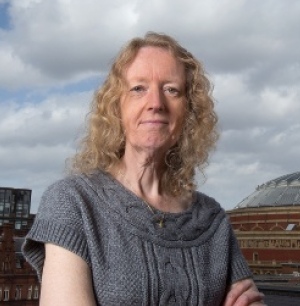 Professor Joanna Haigh (JH): The Earth's surface is warmed by radiation absorbed from the Sun, this energy is emitted into the atmosphere as heat radiation. Here some gases, such as naturally occurring CO2, prevent this heat escaping back into space, which keeps the planet warm. This is known as the greenhouse effect. More CO2 traps more heat, and global temperatures go up.

Why take measurements at the Mauna Loa Observatory?

Professor Sir Brian Hoskins (BH): If you sampled CO2 in an urban area, we would have passed 400ppm some time ago, but the Mauna Loa observatory is on a volcanic island in the middle of the Pacific Ocean. CO2 mixes with other gases high up in the atmosphere so across the globe its level is fairly similar and the measurements on this remote island are more representative of the global average.

Why is 400ppm of CO2 in the atmosphere significant?

Given current human activity, levels of CO2 could be near 800ppm by the end of the Century.

JH: In itself the value 400ppm of CO2 has no particular significance for the physics of the climate system: concentration levels have been in the 300s for so long and now we've passed the 400 mark. However, this does give us the chance to mark the ongoing increase in CO2 concentration and talk about why it's a problem for the climate.

Have we reached this level sooner than you would have expected?

BH: Actually, looking at records since 1957 it’s not unexpected. I had hoped that international climate negotiations would have constrained CO2 emissions more successfully, but CO2 levels have been consistently rising by about two parts per million per year for the past 20 or so years.

When did we last see CO2 levels this high? What was the climate like then? 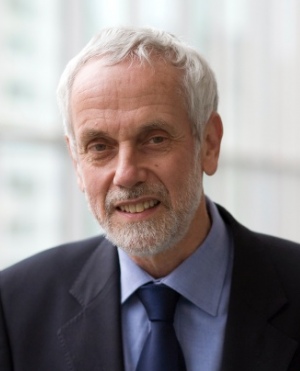 BH: The last time in the Earth’s history when we saw similar levels of CO2 in the atmosphere was probably about 4.5 million years ago when the world was warmer on average by three or four degrees Celsius than it is today.

There was no permanent ice sheet on Greenland, sea levels were much higher, and the world was a very different place, although not all of these differences may be directly related to CO2 levels.

Can we expect CO2 levels to rise much higher?

BH: We’ll certainly see them rise higher than they are now. Given current human activity, levels of CO2 could be near 800ppm by the end of the Century.

Unless as a society we devise ways to remove CO2 directly from atmosphere, such as through negative emissions technologies, we’re going to be stuck with a very slow decrease of CO2 from peak levels, and everybody will have to deal with the implications of global warming.

What does this mean for global warming?

JH: There is no doubt that the average global temperature will continue to increase. Unless swift action is taken to reduce CO2 emissions the planet will warm by more than two degrees Celsius, which is the temperature threshold that scientists are worried about.

How this climate change is distributed across the globe and what the local effects are is much more difficult to predict. It seems likely that weather patterns will shift, so the Mediterranean will get hotter and drier whereas northern Europe will get wetter but we can be far less certain about this than what the average global effect will be.

What is the impact of rising global temperature?

If we reach a global average temperature increase of about four degrees Celsius we will see some significant impacts on the climate.

- For example, on some continents the temperature increase would be more than four degrees Celsius.

- In northern continents winter temperatures could be eight or ten degrees Celsius higher than they currently are in winter.

- The temperature differences between regions will change.

- This will cause big changes in weather systems that rely on the movement of air between hot and cold regions.

- There are already signs around the world that rain is falling on more occasions; there will be changes in the rainfall distribution so people will have to adapt to climates that have never been experienced before in that region.

- We can expect sea levels to rise by about one metre by the end of the century, and possibly more.

- If average global warming stays closer to two degrees Celsius then the severity of all of these changes is likely to be less than if it goes above that threshold.