Long-term cannabis use may blunt the brain's motivation system Long-term cannabis users tend to produce less dopamine, a chemical in the brain linked to motivation, a study has found.

Researchers found that dopamine levels in a part of the brain called the striatum were lower in people who smoke more cannabis and those who began taking the drug at a younger age.

They suggest this finding could explain why some cannabis users appear to lack motivation to work or pursue their normal interests.

The study, by scientists at Imperial College London, UCL and King’s College London, was funded by the Medical Research Council and published in the journal Biological Psychiatry. 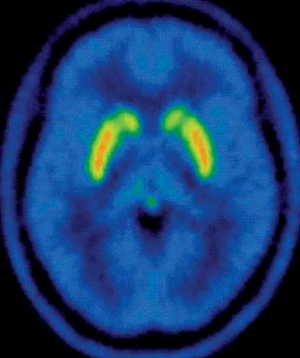 The researchers used PET brain imaging to look at dopamine production in the striatum of 19 regular cannabis users and 19 non-users of matching age and sex.

The cannabis users in the study had all experienced psychotic-like symptoms while smoking the drug, such as experiencing strange sensations or having bizarre thoughts like feeling as though they are being threatened by an unknown force.

The results weren’t what we expected, but they tie in with previous research on addiction.

The lowest dopamine levels were seen in users who meet diagnostic criteria for cannabis abuse or dependence, raising the possibility that this measure could provide a marker of addiction severity.

Previous research has shown that cannabis users have a higher risk of mental illnesses that involve repeated episodes of psychosis, such as schizophrenia.

“It has been assumed that cannabis increases the risk of schizophrenia by inducing the same effects on the dopamine system that we see in schizophrenia, but this hasn’t been studied in active cannabis users until now,” said Dr Michael Bloomfield, from the Institute of Clinical Sciences at Imperial, who led the study.

“The results weren’t what we expected, but they tie in with previous research on addiction, which has found that substance abusers – people who are dependent on cocaine or amphetamine, for example – have altered dopamine systems.

“It could also explain the ‘amotivational syndrome’ which has been described in cannabis users, but whether such a syndrome exists is controversial.”

Other studies have looked at dopamine release in former cannabis users and not seen differences with people who haven’t taken cannabis, suggesting that the effects seen in this study are likely to be reversible. Daily Mail: Smoking cannabis really DOES make people lazy because it affects the area of the brain responsible for motivation