Disorders of the brain, including dementia, stroke, and mental health issues, cost the UK around &pound;112 billion annually, a new report says.

The figure includes direct medical costs as well as indirect costs such as lost productivity due to absence from work or early retirement.

The research, led by scientists from the University of Cambridge, University of Hertfordshire and Imperial College London, is the most recent and comprehensive study conducted on the costs and prevalence of brain disorders in the UK.

Professor Barbara Sahakian, one of the lead researchers from the University of Cambridge and President of the British Association for Psychopharmacology, said: “Given the ageing population, the prevalence and cost of UK brain disorders is likely to continue to increase, adding additional pressure on the NHS and social services, particularly in regard to the cost of institutionalised care.”

The researchers estimated that the total UK cost of disorders of the brain in 2010 was £112 billion. Because of limitations in data for some disorders, which was therefore not included, the scientists consider their total estimate of the cost to be conservative.

Indirect costs associated with patients' productivity losses, totalling £52 billion, accounted for 46 per cent of the overall cost. The total cost of social care for brain disorders was estimated at £30 billion and direct healthcare costs another £30 billion.

The annual cost of dementia on the health and social care system was estimated at £10.5 billion, more than the cost of cancer, coronary heart disease and stroke put together.

However, despite UK government recommendations saying health research priorities should be informed by the impact of disease on the population and economy, research funding for cancer – which amounts to £590 million – is much higher than investment in psychiatric and neurological conditions. Dementia  research receives just £50 million a year and stroke £23 million. 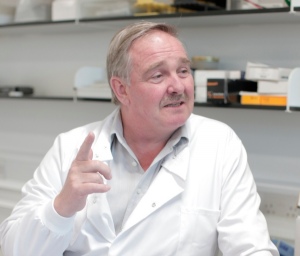 The neuroscientists and clinicians behind the current study are advocating a transformation of how funding is allocated to more closely reflect the economic burden of disease.

Professor David Nutt, a lead author of the report and Edmond J Safra chair in Neuropsychopharmacology at Imperial College London, said: “Clinical and economic challenges posed by brain disorders require coordinated effort at an EU and national level to transform the current scientific, healthcare and educational agenda. Diseases need to be ranked according to their economic burden to help more efficiently allocate current and future research funds.”

The researchers argue that brain disorders involve disproportionally high indirect costs, such as lost productivity, and relatively low direct health and social care costs. This means that the application of more effective treatment has the potential to considerably reduce the overall economic burden to society and improve patient quality of life, in addition to reducing healthcare costs. They believe this is a clear argument for investing in research that leads to a better understanding of how to most effectively prevent, diagnose, treat and manage brain diseases.

Professor Sahakian added: “No group of chronic diseases costs the world more than brain disorders, with one third of the adult population suffering from a mental disorder every year. However, although brain disorders affect more people than cancer and cardiovascular disease, they receive significantly less in research funding.”

Professor Naomi Fineberg, a lead author of the report from the University of Hertfordshire and Hertfordshire Partnership University NHS Foundation Trust stated: “It is very important that there is novel drug development as a key component of research in order to find effective treatments for all patients thereby allowing them to have a better quality of life and to return to their normal activities at work and at home.”

Based on a news release from the University of Cambridge.

NA Fineberg et al. ‘The Size, Burden and Cost of Disorders of the Brain in the UK’ Journal of Psychopharmacology 2013