Imperial's Department of Chemistry has become one of only four university departments across the UK to win an Athena SWAN Gold Award.

The award recognises success in growing the number of women students in science, increasing equality in career progression and influencing others to do likewise.

This is the first gold award for Imperial College London, which already has an institutional silver award as well as six previously awarded silver and four bronze departments. 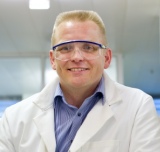 Professor Tom Welton, Head of the Department of Chemistry said: "I am absolutely delighted at this fabulous result! When I became Head of Department in 2007, I realised that the future success of the department would depend, not only on the scientific excellence of our individual members, but on how well we work together.

"We freely give mutual support when things go wrong for those around us. I made it my challenge to create a culture where we can all do this for each other on a daily basis; making 'fantastic' ordinary, rather than an exception.This benefits everyone in the department, but women especially.

"Winning an Athena SWAN Gold not only recognizes the progress that we are making on transforming the Department’s working environment, it also provides impetus to help drive the next phase forward."

The Athena SWAN scheme is run by the Equality Challenge Unit, a charity that supports equality and diversity for staff and students in higher education across the UK.

The awards have been running since 2005, when Imperial was a founding member. 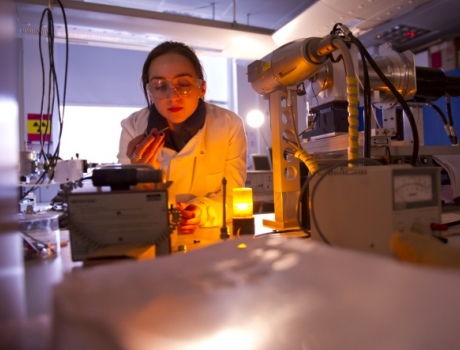 Among the reasons given for the award include several cases where the Department of Chemistry has shown national leadership in promoting diversity. Imperial set up the Irène Joliot-Curie national careers conference for women in science with the University of Warwick, this programme has now been officially taken up by the Royal Society of Chemistry.

Imperial is also leading on a Royal Society of Chemistry network for the UK's most diverse chemistry departments to meet and share experiences and promote professional opportunities for young women in science.

Gender equality is one of my personal priorities as Provost.

Sarah Dickinson, Athena SWAN Manager at the Equality Challenge Unit, said: "The department's approach shows that they have been thinking about and working towards achieving broader cultural change for some time. The progress they have made with regards to gender and diversity more easily comes when the principles of the Charter are well embedded in the department, and this was evidenced by the submission."

In April, Imperial was granted a College-wide Athena Swan silver status, one of only three universities to ever be recognised in this way.

In conferring this award, the Athena Swan panel were particularly impressed by initiatives including the prizes in every department named after distinguished Imperial female scientists, the College's annual Athena lecture and networking event, the annual dinner for all academic women, lunches for all promoted women, receptions for all new award holders and the Imperial women’s portrait series.

Other initiatives at Imperial include the Faculty Ambassadors to Academic Women, where ambassadors collaborate with each faculty’s principals and deputy principals to provide activities and annual events for women. Every Imperial faculty has a committee devoted to the recruitment, retention and promotion of academic women. 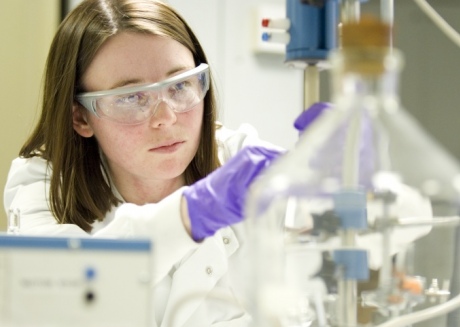 Professor Dorothy Griffiths, Chair of Imperial's Academic Opportunities Committee, said: "I am delighted that Imperial has been awarded its first Athena Gold. These awards recognise the hard work put in every day by colleagues in the Imperial community.

"We are trying to nurture a culture where great scientists, and those with the potential to become them, can flourish, whatever their gender.We recognise that attracting, developing, promoting and retaining the very best female scientists will be fundamental to Imperial remaining one of the world's great universities.

"Participation in the Athena SWAN scheme has helped focus our minds on removing barriers, spotting opportunities and improving our understanding. However much progress we make, we will keep striving to be better.

"I am very proud of what imperial has achieved so far. It represents a huge amount of work but the benefits are clear to all who have been involved."

Imperial’s Provost Professor James Stirling CBE FRS said: “Gender equality is one of my personal priorities as Provost. Attracting, promoting and developing outstanding female scientists is crucial to our efforts to remain a world-leader in science and innovation.

“The whole College is proud of the Department of Chemistry for doing so much to promote opportunities for women in science. Staff at every level in each department are now working to build on and replicate this success." Ada Lovelace is widely held to have been the first computer programmer. Ada Lovelace Day aims to raise the profile of women in science, technology, engineering and maths by encouraging people around the world to talk about the women whose work they admire

This event is part of a network of events across the globe, from personal blog posts about women in STEM to Wikipedia edit-a-thons to Ada Lovelace-themed tea parties and conferences.