Imperial takes science to the streets of South Kensington Big bangs and space debris were on show as researchers pedalled science around South Kensington with the Imperial tricycle.

Academics and PhD students from Imperial took part in activities throughout the week of 23-27 September as part of the Royal Borough of Kensington and Chelsea’s Celebration of Science. 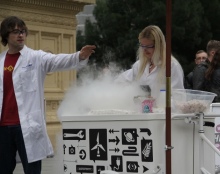 Research in Motion – the programme of Imperial’s lunchtime events - kicked off with liquid nitrogen ice cream on Kensington Gore prior to the incredibly successful TEDxAlbertopolis on Monday afternoon, and researchers were still in action into the late hours of Friday at Science Uncovered 2013 at the Natural History Museum.

The College’s award-winning public engagement tricycle was the focus of the week’s lunchtime activities. Hundreds of visitors to and workers on Exhibition Road had the chance to find out about topics as diverse as materials, microbes, solar sails and exploding chemicals. 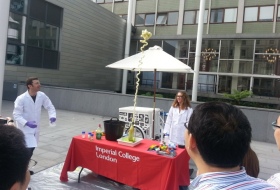 Around 800 people visited the trike and talked to the researchers throughout Research in Motion, learning about the properties of materials in extreme conditions while munching frozen marshmallows and finding out about ways to fight bacteria. 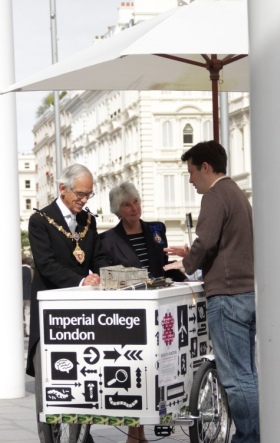 On Thursday, the Mayor of the Royal Borough of Kensington and Chelsea, Councillor Charles Williams, dropped in on Dr Jonathan Eastwood and postgraduate Martin Archer outside the main entrance to the College, who explained their work on space missions past, present and future.

Imperial’s scientists rounded off the week alongside hundreds of other researchers and almost 10,000 visitors at the Natural History Museum for Science Uncovered.

Demonstrations of energy production from chorophyll, how enerfgy is transferred through food webs, and heart and brain research entertained the crowds and completed a hectic week of outreach and interaction for the College’s researchers.

Along the corridors and galleries of the museum, some of Imperial’s scientists also took to their soapboxes to persuade visitors of their perspectives on science, engaging people in topics as philosophical as the importance of harnessing curiosity to questioning whether scientists are always right.

The event formed part of the ninth annual EU’s Researchers Night, where thousands of scientists from across Europe come together at events across the continent to find new and innovative ways of communicating their work in public settings, such as museums. 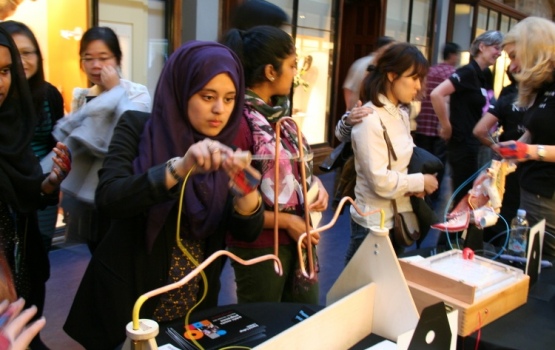 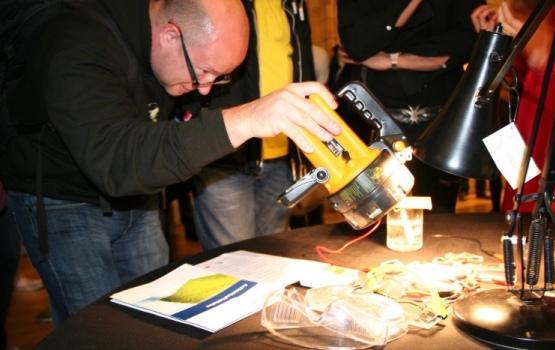 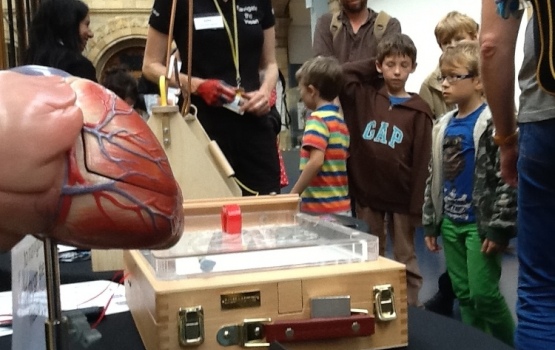 Alongside growing range of public events, the next main science showcase for the College is Imperial Fringe: Your Number’s Up on Thursday 31 October, where visitors can find out how number-crunching big data affects everyday life.

For more information about upcoming public events at Imperial, sign up to the fortnightly e-bulletin. Interviews with participants and visitors to #imptrike and #su2013