The badge of the Order of Merit. © Buckingham Palace

Two Imperial academics have been recognised for their achievements in science and innovation in the New Year's Honours for 2014.

Professor Sir Magdi Yacoub, Professor of Cardiothoracic Surgery at the National Heart and Lung Institute, has received the Order of Merit, which is awarded to individuals of greatest achievement in the fields of the arts, learning, literature and science.

Professor Mary Ritter, CEO of Climate-KIC and former Pro-Rector for Postgraduate and International Affairs, has been awarded an OBE for services to scientific research and innovation.

Sir Keith O’Nions, President & Rector of Imperial College London, said: “Sir Magdi and Mary are exemplars for the culture of innovation, scientific excellence and outstanding education which we strive for at Imperial. Their awards are richly deserved and I congratulate them on behalf of everyone at the College.”

Several Imperial alumni were also recognised in the New Year’s Honours. Among them were two recipients of a CBE: Professor Helen Atkinson (PhD Materials 1986), for services to engineering and education; and David Waboso (MSc Civil and Environmental Engineering 1980), for services to transport in London. 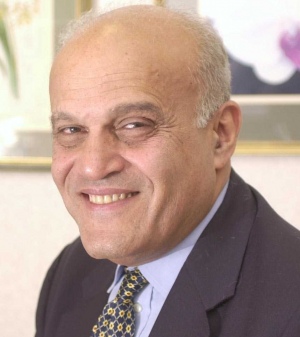 The Order of Merit is restricted to 24 members at any time, and previous recipients include Florence Nightingale and Sir Winston Churchill.

“The award is totally unexpected and highly appreciated,” said Professor Yacoub. “It’s the result of the work of many people in many countries."

Professor Yacoub established the largest heart and lung transplantation programme in the world, where more than 2,500 transplant operations have been performed.  He has also developed novel operations for a number of complex congenital heart anomalies. He was knighted in 1991 for services to medicine and surgery.

Sir Magdi has an active interest in global healthcare delivery, with particular focus on developing programmes in Egypt, the Gulf region, Mozambique, Ethiopia and Jamaica.  He is the founder and president of the Chain of Hope charity, treating children with correctable heart conditions from war-torn and developing countries and establishing training and research programmes in local cardiac units. 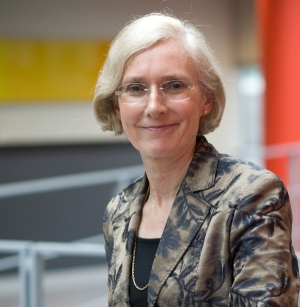 Climate-KIC, which works on climate change mitigation and adaptation, is one of the first three ‘Knowledge and Innovation Communities’ established in January 2010 by the European Union.

In the three years that Professor Ritter has been at the helm, the partnership has grown from a membership of 15 institutions, including Imperial, with a €6 million budget, to a community of over 200 partners across Europe from business, academia and the public sector, with a budget of more than €70 million for 2014.

Before joining Climate-KIC, Professor Ritter’s research focused on how the immune system develops in the fetus and how it declines in elderly people. She also developed new research products, established new postgraduate programmes at Imperial, and launched the College’s first Graduate School. As Pro-Rector, she oversaw Postgraduate Affairs at Imperial from 2004 to 2007 and International Affairs from 2005 to 2011.

“I am highly honoured and absolutely thrilled,” said Professor Ritter. “While the OBE is a personal award, it is also a recognition of all those who have worked with me throughout my scientific research career and made it all possible.

“The citation is for ‘Services to Scientific Research and Innovation’ and in the context of innovation, although I have been a serial entrepreneur within the academic context, I am particularly proud of my most recent, and biggest, challenge – leading Climate-KIC.

“It is a great honour to be recognised for my contribution, alongside that of the whole team, to one of the major challenges facing mankind.”