After an exciting day which saw 58 teams compete across 11 different sports, the competition culminated with Imperial Medicals reclaiming the much coveted JPR Williams cup.

The final Varsity showdown took place at Twickenham Stoop, where an enthusiastic crowd gathered to watch the Imperial College rugby team try to defend their title against the Medics for the third year running.

Despite a spirited performance by Imperial College, Imperial Medicals came out top with the scoreboard reading 37-11 when the final whistle blew. 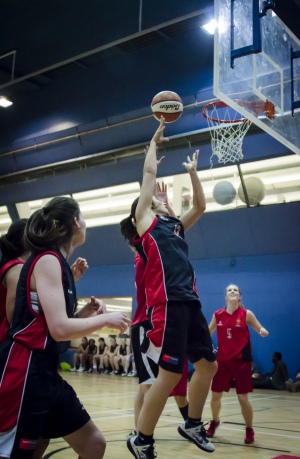 The match marked the end of a full day of sporting events which began in Ethos, where Imperial College and Imperial Medics teams battled it out in netball, squash, waterpolo and basketball, while hockey, rugby, football and lacrosse teams clashed at Harlington. Badminton took place in Charing Cross Leisure Centre and Hyde Park played host to the men’s tennis.

"Having followed university sport from my time as an undergraduate rugby player, I can say that last night’s quality of rugby and atmosphere was among the best I’ve ever experienced.

"Varsity is, however, about much more than first-class rugby. It is a superb showcase for Imperial sport at all levels. Throughout the day, hundreds of students competed in scores of disciplines, from basketball to water polo, in front of over a thousand spectators" 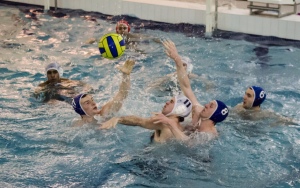 "Last night's thrilling rugby match was the perfect end to a fantastic day of sport played in positive competitive spirit and in ideal weather conditions. Congratulations to the Medics for their strong performance to win back the JPR Williams Cup.

"I am genuinely impressed with the extraordinarily high standard of sport played throughout the day – it has certainly done justice to Imperial’s standing as top university in London for sport. Varsity gets better every year and continues to be one of the big sporting highlights of the Imperial calendar. Well done to all teams."

About the JPR Williams Cup

The JPR Williams Cup - an annual varsity rugby match between Imperial Medicals and Imperial College - is in its 11th year.

Imperial alumnus JPR Williams (MBBS Medicine 1973) is a former rugby union footballer who represented Wales in international rugby during the 1970s. He won his first cap aged just 19 in 1969, going onto earn 55 caps for Wales, five as captain, and eight caps for the British Lions.

He was a key player in the Welsh grand slam victories of 1971, 1976 and 1978. In 10 tests between Wales and England he scored five tries - exceptional for a fullback - and was never on the losing side. Williams was an inaugural inductee of the International Rugby Hall of Fame in 1997 was awarded the MBE for services to rugby in 1977.

Williams retired from international rugby in 1981 and continued his career as an orthopaedic surgeon. From 1978-82 he rose from Surgical Registrar to Orthopaedic Regisrar at Cardiff Hospitals, becoming Senior Orthopaedic Registrar at St Mary's, London from 1982-86. He became a fellow of the Royal College of Surgeons in 1980 and currently works at the Princess of Wales Hospital in Mid Glamorgan.