The accolade is named after the Dutch-American Nobel Prize-winner and theoretician of resource allocation Tjalling Koopmans.

Presented at the Asset International Conference at Tilburg University in the Netherlands, the award acknowledges Professor Gann’s “significant contributions to the field of economics and his everlasting efforts to connect universities with businesses”.

As part of the ceremony, Professor Gann delivered a lecture on how the innovation process has changed throughout his career, covering innovation in services, the role of design, and ‘new patterns of innovation’, as highlighted in a much-discussed recent Harvard Business Review paper.

Speaking at the event, Professor Niels Noorderhaven of Tilburg University said: “David Gann has been a real trailblazer in the jungle through which 21st century universities have to navigate. Talking with David yesterday, and while we talked I became more and more impressed by the speed with which Imperial College London is developing itself into an incredible powerhouse in research and education in the sciences, technology and management.

“Tjalling Koopmans, one of two Dutch Nobel laureates in economics, is perhaps more known as an Ivory Tower academic than as someone with a keen eye for practice. However, as Koopmans writes in his autobiography, his decision to write a dissertation in theoretical physics was but ‘a timid compromise’ between the trajectory on which his fundamental mathematical training had put him and the choice for ‘a subject matter closer to real life’ that he really desired. Hence to a certain extent Koopmans’ work also reveals the tension between fundamental research and practical inspiration and application that has defined David Gann’s career.”

Professor Gann, an expert on innovation, founded Imperial’s Innovation and Entrepreneurship Group, where he built a research portfolio centred on collaboration with firms of all sizes, including IBM, Microsoft, Nokia, Citigroup, Arup and BP. Within the Group, sits Imperial’s Innovation Studies Centre (ISC) – also founded by Professor Gann. This 70-strong team applies cutting-edge innovation research to engineering and science-focused industries. The ISC has contributed to the success of projects like Heathrow’s Terminal 5, London’s Olympic Stadium and Crossrail.

In his current role as Vice-President (Development & Innovation) at Imperial, Professor Gann works to shape the vision, strategy and innovation agenda for the College, and the development of its new 25-acre campus Imperial West. 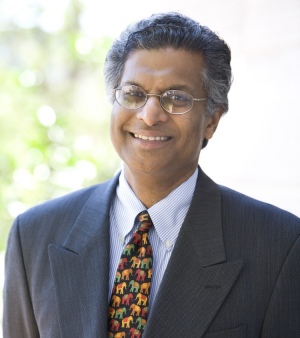 Professor G. ‘Anand’ Anandalingam, Dean of Imperial College Business School, said: “David’s work has profoundly shaped the way in which academia and business intersect. His pioneering Innovation and Entrepreneurship Group has helped turn the latest theory and evidence into real world business practice to an unprecedented degree. This award is richly deserved and reflects well not only on David but on all of his Imperial College Business School colleagues.”

Rashik Parmar, President of the IBM Academy of Technology, said: "Innovation demands a deep understanding of technology and business with a strong dose of charismatic communications skills. David is a role model in having mastered all three aspects and applied them effectively to amplify innovations in many industries. An outstanding achievement for an outstanding individual."