We have the technology needed to limit climate change, say Imperial researchers Implementation of mitigation technologies cannot be delayed if we want to avoid dangerous climate change, according to a new UN report.

The report is the final part in a trilogy of reports written by the United Nations’ Intergovernmental Panel on Climate Change (IPCC) in order to advise governments on the current state of climate change research.  The previous two reports covered the physical evidence for climate change, its impacts, and how to adapt to the changes.

IPCC scientists have given a clear message that they are more certain than ever that the planet is warming due to human activities, the impacts are already being felt across the globe and are predicted to increase if warming continues.  This final report presents an overview of how climate impacts can be limited by accelerating the implementation of mitigation technologies.

Researchers at Imperial are working on many of these technologies, including solar power (photovoltaics), carbon capture and storage, and increased energy efficiency.

We asked researchers at Imperial working with the Grantham Institute for Climate Change to give us their view of the report’s key messages. 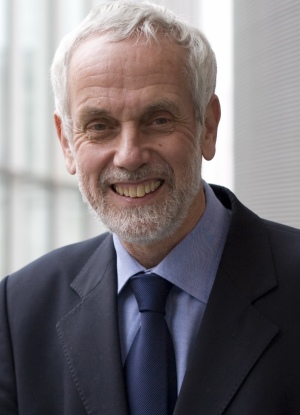 "The science shows us that we need substantial and sustained reductions in greenhouse gas emissions if we are to limit the risks posed by climate change. This is not that difficult – we already have the technologies that are required and they will get better and cheaper in the years to come.

Potential competitiveness issues, affecting a small number of very energy intensive industries, can be handled. We should stop wringing our hands and just get on with it." 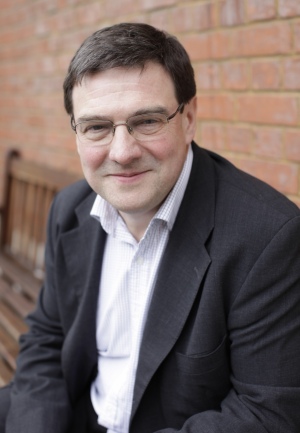 "We can achieve a reduction in emissions without damaging the economy if countries act together and have the right policies in place.  Indeed, tackling climate change is vital to support continued economic development.

Most of the reductions in emissions to 2020 needed to limit climate risks could come from action on energy efficiency, limits on the construction and use of inefficient coal plants, dealing with fugitive methane emissions and reducing subsidies for fossil fuels without harming growth. These measures can save companies money and, in the case of methane emissions, have significant health and agricultural benefits."

How much of our energy will need to come from low-carbon sources, and how quickly?

"By the end of the century, 90% or more of our energy needs to come from low-carbon sources such as nuclear power, renewables or power stations with carbon capture and storage. If we take action quickly (which will be less expensive in the long run), we might see 30% of our energy coming from low-carbon sources in 2030 (a bit less than double the current share) and just over half in 2050. If we delay, we’ll need to invest much more in the 2030s and 2040s, and it will be more expensive. The report also shows that it is most cost-effective to use all the options open to us – limiting the use of renewables or ruling out nuclear or (particularly) carbon capture and storage will make it more expensive to keep emissions down."

How much might it cost to move to a low-carbon system? 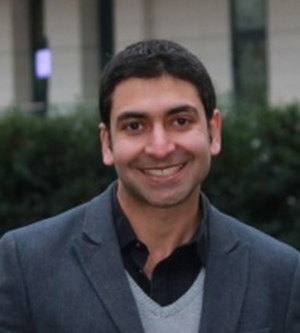 "Low-carbon technologies are becoming cheaper and some are already competitive with fossil fuels in many locations. Renewable technologies such as solar photovoltaics have tremendous potential to address cost-effectively the needs of the 1.3 billion people in the world who do not have access to electricity.

Various analyses, including a study from Imperial College London, suggest that halving the world’s emissions by 2050 might be achievable at a cost of a few percent of GDP or less depending on the future price of fossil fuels."

According to the report, how important is energy efficiency for mitigating climate change?

“The report reinforces the evidence that improving the energy efficiency of equipment and buildings should be a cornerstone of action to limit climate change. A great deal of progress has been made in recent years creating regulations to enforce minimum energy performance standards in buildings, most of which is also very cost-effective, creating a helpful win-win situation. These standards need to be tightened and applied in more countries.

In transport the efficiency of vehicles should improve up to 50% over the coming two decades, and in industry refurbishment and replacement of equipment could also reduce carbon pollution with many co-benefits like cleaner air, improved energy security, avoidance of upstream life-cycle emissions, and often at reduced cost.

Without action like this, limiting climate change would be a lot more difficult. Of course we should not forget that energy efficiency is also a very decent business opportunity, with global spending on efficiency alone set to increase by more than US$300bn.”

What does the report say about the role of solar power in reducing emissions?

"As a cost effective, low carbon energy source, solar energy can play an important role in reducing global emissions. It is already displacing up to 50% of peak generation in Germany, where 37GWp of solar photovoltaic generating capacity is installed. In the UK, the DECC Solar Strategy calls for an eight fold increase in photovoltaic capacity to install 20GW by 2020.  Achieving this will reduce electricity related carbon emissions by 7%. The costs of electricity generated by solar photovoltaics have fallen dramatically to a level comparable to electricity derived from fossil fuels in some markets, however financing schemes to help address the up-front costs remain necessary."

What does the report say about the potential for Carbon Capture and Storage (CCS) to play a role in reducing emissions?

“It is clear from the Summary for Policy Makers that, alongside improvements in energy efficiency and increased deployment of renewable electricity generation, CCS is poised to play a key role in mitigating climate change. In many ways, this is nothing new; the importance of CCS in addressing anthropogenic climate change has long been recognised, with the UK pioneering development of the technology with the Department for Energy and Climate Change’s CCS commercialisation program, and the UK Research Councils’ funding in this area.

What is interesting is the relatively recent recognition of the relevance of negative emissions technologies, i.e., technologies which not only prevent CO2 being emitted to the atmosphere, but go further to actively remove CO2 from the atmosphere. This is important not only in the context of an emissions overshoot, but also for addressing so-called “hard-to-reach” areas, such as ground transport or some fixed point sources which are too remote from transport or storage infrastructure to be cost-effectively included in a CCS network. The most viable potential technology is referred to as BECCS and has other added benefits such as encouraging afforestation, however, it will be vital to ensure that the associated biomass supply chains are themselves sustainable.”

Mitigation refers to actions or policies that either reduce emissions of greenhouse gases that cause climate change (e.g increased use of renewable energy sources), or that enhance the climate system’s capacity to absorb such gases from the atmosphere (e.g. reforestation).

Find out more about current research on climate change mitigation taking place at the Grantham Institute for Climate Change. No option left but to suck CO2 out of air, says IPCC Massive emission cuts 'necessary'