Imperial is to build a pioneering biomedical engineering centre thanks to an unprecedented &pound;40m gift from Michael Uren OBE and his foundation.

It is an honour for me to be able to help this great university.

The donation will support the construction of the Michael Uren Biomedical Engineering Hub, a building at Imperial West, the College's new 25-acre research and innovation campus in White City, west London.

The centre will house life-changing research into new and affordable medical technology, helping people affected by a diverse range of medical conditions. Imperial's world-class engineers, scientists and clinicians will work together in the new space and facilities alongside spin-out companies, helping to create a vibrant innovation district at Imperial West. The Hub will also incorporate clinical areas, providing patients with direct access to innovations in healthcare.

The building and its location will cement Imperial and the UK's position as world-leaders in biomedical engineering research and application.

Sir Keith O'Nions, President of Imperial College London, said: "Imperial is profoundly grateful to Michael Uren and his Foundation for this remarkable gift, the most generous it has ever received. It will create a wholly new building and set of facilities for engineers and medics to come together and make new discoveries and innovations on an unparalleled scale. It provides enormous impetus to the development of Imperial West as an innovation district."

Michael Uren OBE said: "It is an honour for me to be able to help this great university. Medical teaching and research didn't exist at Imperial in my day, but it has evolved into an institution where the work between engineering and medicine is today one of its outstanding strengths. Imperial has always applied academic excellence for the greater good, and I am thrilled by the prospect of this Biomedical Engineering Hub doing exactly that. 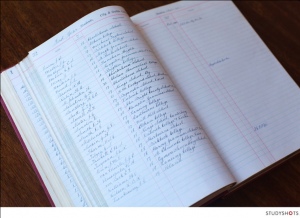 Michael Uren OBE, a 1943 Imperial graduate in Mechanical Engineering, founded Civil and Marine Ltd and built it into one of the UK's foremost innovators in cement manufacture. He is already regarded as one of the UK's most generous philanthropists in the fields of medical research, education, the armed forces and conservation of wildlife. His previous multi-million support for Imperial includes the College's MSk Lab under the leadership of Professor Justin Cobb, whose focus is joint disease and the surgery needed to restore function.

Professor Justin Cobb, Director of the MSk Lab at Imperial College London, said: "As a beneficiary of Michael Uren's generosity, I can attest to the transformative impact such support can have on biomedical research. The philanthropic vision that Michael Uren and his trustees hold for this new Biomedical Engineering Hub is laying the foundations for an exciting series of innovative partnerships.

"From our original narrow focus on joint disease and its huge societal burden, we are expanding to address other areas where human tissues fail. Engineering is now essential in this enterprise - it encompasses everything from writing computer code for neurotechnology devices, to the 3D bio-printing of replacement parts. The Michael Uren Biomedical Engineering Hub will create the environment where we work together to engineer these solutions. Our challenge is that of affordable healthcare - restoring patients' quality of life at a sustainable cost. The benefits of this donation will be felt for generations."

Imperial is already world-renowned for excellence in biomedical engineering research. Its Institute for Biomedical Engineering, founded in 2004, draws together expertise from across the College's Faculties of Engineering and Medicine, incorporating a wide range of collaborative networks and research centres.

The Mayor of London Boris Johnson said: “I am absolutely delighted at this extremely generous donation that will push forward research in an exciting and crucially important area of medical science. Biomedical engineering is improving treatments and quality of life for people affected by a diverse range of medical conditions and this new centre has the potential to benefit millions in the UK and around the world. This donation, coming so soon after the launch of MedCity, demonstrates unquestionably that London and the South East is one of the leading regions in the world for game-changing science.”