Imperial has been shortlisted for International Collaboration of the Year in the 2014 Times Higher Education Awards.

The award recognises exceptional projects that are carried out jointly between a UK institution and one or more international partners. Imperial has made the cut thanks to its collaboration with Nanyang Technological University (NTU) on the Lee Kong Chian School of Medicine (LKCMedicine) – an undergraduate medical school in Singapore which was established jointly by both institutions in 2010.

The School, now in its second year of operation, welcomed a further 78 students this year. It is intended that by 2018 LKCMedicine will be training atleast 150 students a year to meet the future healthcare needs of Singapore. 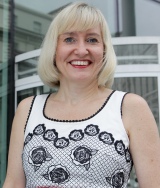 Professor Jenny Higham, Vice Dean for Educational and Institutional Affairs at Imperial and Senior Vice Dean for LKCMedicine, said: “I am extremely proud to see that the efforts of all those at Imperial who have contributed to the development of the Lee Kong Chian School of Medicine have been recognised by the nomination for this THE award.”

“The team have contributed tireless dedication, drive and above all, a tremendous amount of hard work since the we began to describe a vision for the School in 2009.  Successful team working has been a key to the collaboration’s success, and I sincerely thank all those who have participated for their support.” 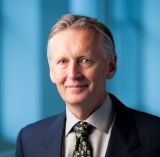 “This recognition is a testament to the commitment and cooperation of both Imperial and NTU in building a strong partnership. I look forward to the next stages of the School’s development as it enters its second year.”

Now in their tenth year, the Times Higher Education Awards recognise extroardinary achievement in the UK's universities and colleges.

The winners will be announced on Thursday 27 November, at the Grosvenor House Hotel in London.