Imperial has the greatest concentration of high impact research of any major UK university, according to the Research Excellence Framework (REF) 2014.

In the College’s best ever performance in a research assessment exercise, Imperial was judged to have improved in every Unit of Assessment.

Highlights of the REF 2014 include:

Professor James Stirling CBE FRS, Provost of Imperial College London, said: “These REF results confirm Imperial’s status as one of the world’s great research universities. It is gratifying to see the outstanding work of so many colleagues acknowledged in this way.

“I am especially proud to see that Imperial has improved in each of its Units of Assessment since the 2008 exercise – demonstrating excellence in science, engineering, medicine and business right across the College.

“It is a pleasure to work at a university that has such a profound impact on our society and economy – and for that to be recognised by the REF. From metamaterials to medical engineering, Imperial people are making the world a better place.

“This has been a true team effort. Our exceptional research environment is enriched by our outstanding early career researchers, including PhD students and postdocs, and by the vital contributions of our dedicated support staff. Imperial’s appetite for collaboration across disciplines and beyond academia has also contributed to today’s success. 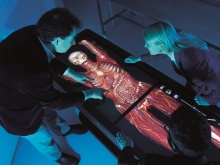 “These results underline the importance of investing scarce research resources where they will have the most impact: in universities with the academic expertise and critical mass to compete on a global stage. Quality Research (QR) funding has played a crucial role in our success, not least because we can direct it towards the development of emergent research areas.

"Government support has enabled UK universities like Imperial to compete with the best in the world. To keep this position and to harness the impact of universities in building a dynamic and innovative economy, targeted and sustainable investment is essential." 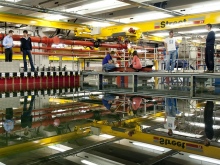 The Mayor of London Boris Johnson said: “These results prove that London is home to some of the best and most exciting research institutions in the world - creative powerhouses that are tackling major global challenges at home and abroad. London already has a vibrant life sciences cluster and through my MedCity initiative we want to use our incredible academic prowess to spur the discovery of new treatments and propel the sector so it becomes a key contributor to the capital’s growth and health.”

Nine of Imperial’s 14 REF-assessed research areas are ranked in the UK top three for world-leading (4*) research. By REF’s Units of Assessment, these are: