Neonicotinoids are a class of insecticides applied to crops to target and kill pests. However, their use on flowering crops may inadvertently expose foraging bees to chemicals that affect their health. The EU restricted the use of three neonicotinoids in December 2013, after a number of studies showed harmful effects on bees. This moratorium on neonicotinoids is due to be reviewed before December 2015. 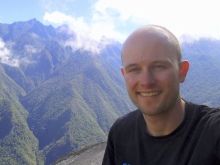 Dr Richard Gill from the Department of Life Sciences at Imperial College London was among the first to observe neonicotinoid impacts on the long-term foraging behaviour of bees. Research published today by scientists from the UK and Sweden suggests that wild bees are susceptible to the negative effects of these insecticides. Here, Dr Gill talks about the current state of knowledge, and what the future may hold for bees and neonicotinoids.

How did we first learn that neonicotinoids might affect bees?

When neonicotinoids were licenced for use in the early-mid 90s they were a revolutionary insecticide as they could be applied directly to seeds. This reduced the need to spray other insecticides that could potentially drift and contaminate neighbouring land. Instead, when the seed germinates, the developing plant takes up the chemical, providing protection against pests from early development. However, the chemical can then be found throughout the plant, including the pollen and nectar, meaning any foraging insects may run the risk of exposure.

Bees exposed to neonicotinoids show impaired foraging performance, bringing back less pollen, which can have knock-on effects for the growth of the colony.

Since around the mid-2000s, studies began to investigate how doses of neonicotinoids, similar to those found in nectar and pollen of treated crops, could affect bee behaviour. Many lab studies showed that exposure was non-lethal, but could impair certain aspects of bee locomotion and learning. However, little was known about whether this was true in the field, but in the past five or so years our understanding has accelerated. For instance, my research has involved using a technique where tiny microchips are attached to the back of bumblebees to track and follow the foraging patterns of hundreds of bees in the field (much like the scanning in and out of the London Underground using your personal Oyster card) when exposed to controlled amounts of pesticide. Importantly, these studies have found that bees exposed to neonicotinoids show impaired foraging performance, bringing back less pollen, which can have knock-on effects for the growth of the colony. It also suggests they are less efficient at pollinating plants.

Some people have criticised the moratorium on neonicotinoids. Why is this?

The decision by the EU to apply a moratorium on three neonicotinoids was influenced by a handful of studies that showed evidence for negative effects on honeybees and bumblebees after exposure over both the short and long term. Critics of this decision have highlighted that studies are carried out under laboratory or semi-field settings rather than in the field, use pesticide-treated foods con­taining unrealistically high dosages and that bees may be able to detect chemical residues on treated crops and so would avoid foraging on them. Additionally, a handful of field studies that have inves­tigated potential impacts on honeybees and bumblebees from exposure to neonicotinoid-treated crops have been interpreted to show little or no effect, although some of these field studies have also received criticism themselves.

What does the latest research show?

Until now, we certainly knew that neonicotinoids were hazardous to bees, which is to be expected given that they are designed to target and kill insects. We also knew that if we exposed bees to neonicotinoids then foraging can be impaired, which may have consequences for colony health in the case of social bees. But we knew comparatively less about the risk of exposure to bees in the field.

A paper published today in Nature (by Kessler et al.) suggests that bees cannot taste neonicotinoids and they don’t seem to avoid eating sugar water spiked with neonicotinoids. In fact, there was some evidence they may actually prefer treated sugar water for two of the neonicotinoids tested. In this case, the risk of exposure may be higher than we thought. 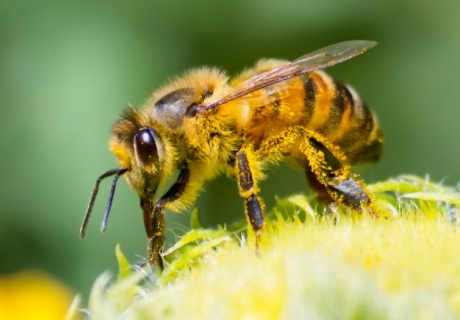 This experimental study is complimented by another paper in the same issue of Nature by Rundlöf et al., describing the largest field study yet conducted, which shows that bees do indeed forage in treated fields. But they also showed that bumblebees placed near neonicotinoid treated fields showed lower colony growth and reproduction compared to fields not treated with neonicotinoids. Additionally, solitary bees that emerged next to treated fields did not return to their natal nest (which is normally expected), whereas females emerging next to untreated fields did typically return.

Interestingly, Rundlöf et al. detected no effect on honeybees. This finding is very important because exposure tests on honeybees are often considered to represent the likely effects to all insect pollinators, yet this study shows that susceptibility may vary across bee species. Given the important role that wild bees and other insect pollinators play in our environment, we should ensure that we understand the effects of exposure on a set of diverse pollinator groups when assessing neonicotinoid risks.

Are there still gaps in our knowledge?

Yes – one of our first studies in the area identified neonicotinoid dosing as a chronic problem for bees, rather than an acute one. This means that longer-term studies need to be carried out to determine the cumulative cost of neonicotinoids. In particular, multi-season studies are needed to monitor the impact on colonies. We also don’t know exactly how much neonicotinoids persist in soils and can be taken up in new plants, or their impact on other pollinators, such as ground nesting bees, or natural enemies of crop pests, such as parasitoid wasps.

What should we do about neonicotinoid use?

As an experimental biologist it is my job to address the evidence needs raised by policy, users such as farmers, and public interest. My view is that any decisions concerning the future use of neonicotinoids should be based on all available evidence, with the benefits and limitations of each study being fully understood and considered. Importantly, we should be taking a balanced view where we consider both the costs associated with risks to wildlife along with the benefits provided such as food security and economic value. We also must acknowledge that not all neonicotinoids have the same toxicity to insect pollinators, and we should have a good understanding of what methods of pest control we would use if we had to replace neonicotinoids.

Dr Nigel Raine and Dr Richard Gill comment on the findings in the same issue of Nature: 'Tasteless pesticidesaffect bees in the field'.