Professors in Mathematics and Chemistry honoured with Royal Society Fellowships Fellowship of the Royal Society has been granted to two scientists at Imperial College London this month.

The researchers - who work on the pure mathematics of string theory and the chemistry of light - have been elected to join the ranks of the UK's most eminent scientists as part of the 2015 announcement of 59 new fellows.

Professors David Phillips CBE and Richard Thomas are recognised for their contributions to science and are now permitted to use the letters FRS after their name.

Fellowships are given to distinguished scientists by the Royal Society in recognition of "contributions to science, both in fundamental research resulting in greater understanding, and also in leading and directing scientific and technological progress in industry and research establishments." Also elected to the Royal Society this year is Sir James Dyson, the inventor and industrial designer who recently donated £12 million to Imperial to establish The Dyson School of Design Engineering.

Professor Tom Welton, Dean of the Faculty of Natural Sciences, said: “I am absolutely elated by the election of these colleagues as Fellows of the Royal Society. They are both very well deserved academically and I cannot think of nicer people to get this recognition.”

At the time of the 2015 Fellowship announcement 73 members of Imperial staff or people who have an ongoing association with Imperial are Fellows of the Royal Society. 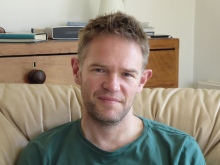 Richard Thomas is a Professor of Pure Mathematics in the Department of Mathematics, where he has been researching geometry since 2000. He has become a world leader in the development of a branch of mathematics involved in string theory.

String theory aims to explain the makeup of elementary particles using one-dimensional objects called strings. “It’s a very speculative theory; physicists either do it or hate it. But it makes amazing predictions about maths, and that’s why I love it, irrespective of whether or not it describes nature” said Prof Thomas. “Some of the predictions seem preposterous, and it can take 20 years to check them mathematically, but they usually turn out to be correct.”

On being elected to the Royal Society, Prof Thomas says: “It’s a very nice honour. You never really have any indication of whether people in your field might think your work is stupid, but I guess this means someone thinks it’s not stupid.” 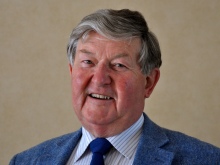 David Phillips is an Emeritus Professor in the Department of Chemistry, where he has been investigating photochemistry and photophysics for 26 years. Initially, his research group focussed on supersonic jet spectroscopy – isolating complex molecules using extreme cold in order to study their structure. Combined with later work with ultrafast lasers, Prof Phillips and his team were able to characterise the dynamics and short-lived transitional products of chemical reactions.

More recently, his work has explored photodynamic therapy, where light-sensitive dyes are used to fight tumours. A dye is injected into the bloodstream and preferentially establishes in tumour tissue. The dye is excited when irradiated with a red laser, activating chemistry that destroys the tumour. He was a founder of the Imperial spin-out company PhotoBiotics, which has made great progress in the selectivity of damage to tumours and the imaging of fluorescent dyes in cells.

Professor Phillips is also the former President of the Royal Society of Chemistry and former Dean of Sciences at Imperial. His scientific career has been complemented by an active role in science outreach, with live demonstration lectures reaching a combined live audience of over a quarter of a million, as well as media appearances - from the Royal Institution Christmas Lectures to Desert Island Discs.

On receiving his Fellowship, Professor Phillips says: “I believe the FRS has been awarded for a lifetime's work in these fields, and also for the enthusiastic promotion of science in general, chemistry in particular, to young people and to the lay public. It is an enormous honour to be elected a Fellow of the Royal Society, even so late in life!”