Schools Day gives London schoolchildren the chance to meet Imperial College London researchers and explore some of the science on offer at the Festival.

In the Research Zone, the pupils had a go at controlling devices with their brainwaves, making a plastic-like human chain, and creating bracelets representing different strands of genetic code.

They were guided by Imperial researchers, who were on hand to explain their work and demonstrate the science behind it.

The children also carried out experiments in the Explore Zone, investigating how non-Newtonian fluids can switch from liquid to solid, watching how an optical illusion can make glass seemingly disappear and witnessing a fire tornado.The Zone is run by staff from Imperial's Outreach team, which was set up to raise aspirations, change perceptions and stimulate an interest in science, engineering and medicine.

The photos below show Schools Day in action. 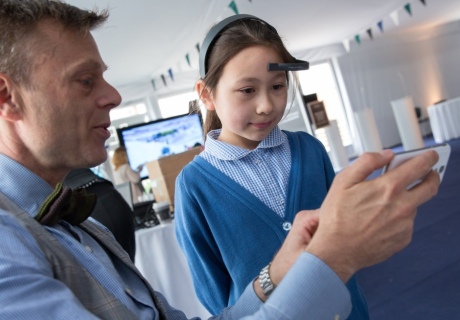 In the Research Zone, a pupil from Larmenier and Sacred Heart Catholic Primary School controls a computer game with her brainwaves, assisted by Dr Pascal Durrenberger from the Department of Medicine. 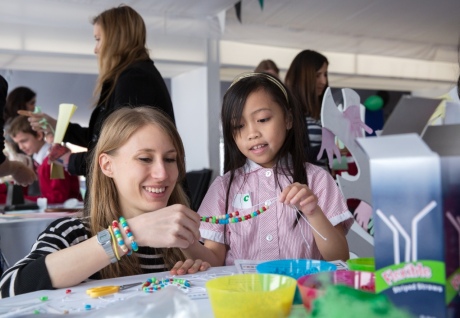 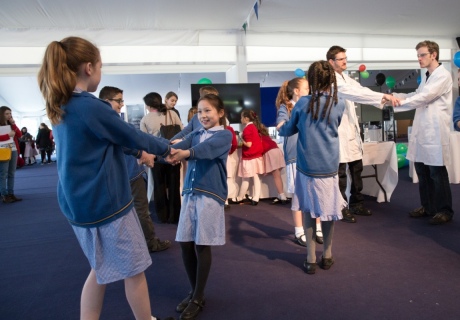 Children from Larmenier and Sacred Heart join hands and spin around to investigate the properties of plastics, guided by Dr Charles Romain and Dr Seb Pike from the Department of Chemistry.

In a new take on wearing your heart on your sleeve, a pupil from St Nicholas has an anatomically correct heart painted on his hand by Carmen Chan from the NIHR Biomedical Research Unit at Royal Brompton & Harefield NHS Foundation Trust. 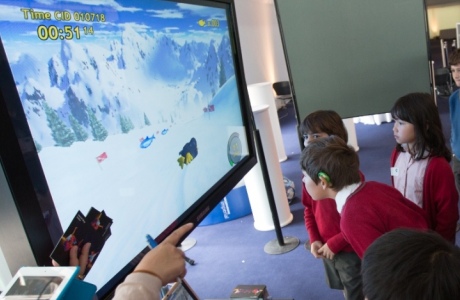 A pupil from St Nicholas controls a penguin zooming down a mountain using a motion sensor worn over his ear, developed by researchers from the Hamlyn Centre. 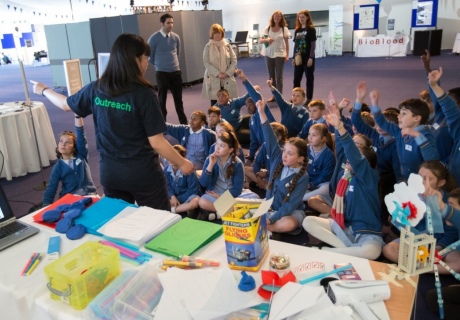 "Who knows what makes planes fly?" asks a researcher from the Department of Materials. The children made their own paper planes and turbines to investigate what makes things fly efficiently. 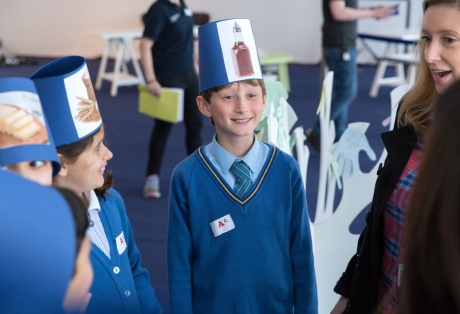 Pupils from Larmenier and Sacred Heart explore what can happen when ingredients change in our genetic 'recipe,' with the aid of some artfully-designed hats. 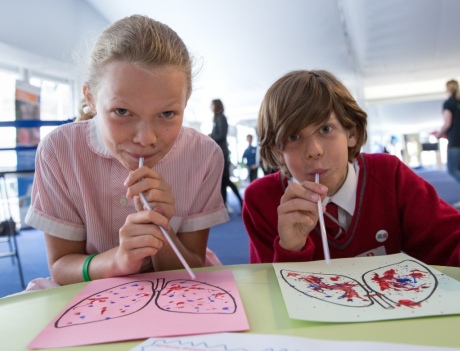 In the Explore Zone, a pupil from St Nicholas gets to grips with non-Newtonian Fluid. When it is placed on a speaker playing a very low bass note, this cornflower and water mixture 'misbehaves' and forms a solid mass. 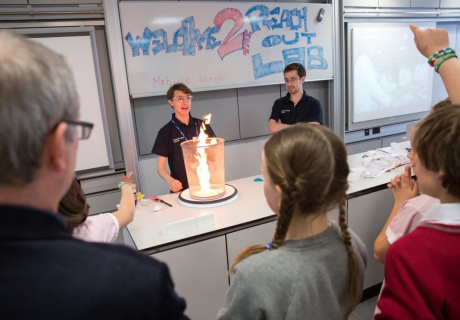 Luke Bacon and Dan Beatrup from Outreach demonstrate a fire tornado, which shows how fluid dynamic effects can be simulated in a laboratory.

Visitors to the Festival are invited to provide feedback and be in with a chance to win £50 of vouchers for the Science Museum Shop.

Feedback from previous years has helped shape the Festival so your thoughts will help form our plans for next year's extravaganza.