Going for gold: team leap over next hurdle in lead up to bionic Olympics Cybathlon competitors during the rehearsals

An Imperial team has taken another step towards competing in the &apos;bionic Olympics', following trials held in Zurich this month.

The Cybathlon will give people living with severe disabilities who have previously been unable to participate in any sports the ability compete in a range of challenges, with the help of the latest assistive technologies. Held in Zurich in October 2016 it will include over 45 teams from Imperial, universities and industrial partners from around the world. The goal is to use the championships as a platform to further develop assistive technologies for people living with physical disabilities.

This month, the organisers invited teams to a rehearsal event in Zurich. The teams did a trial run of each challenge, enabling the organisers to  iron out any issues well before the actual event. It also gave Imperial and other teams the chance to test and assess their technologies, which will ultimately lead to the rollout of robust devices more able to withstand the rigours of each challenge.

In the slideshow (below) the team share some behind-the-scene pictures they took of the Cybathlon rehearsal. The photos also give an impression of the scale and scope of the different challenges that the team plan to compete in during the actual event. 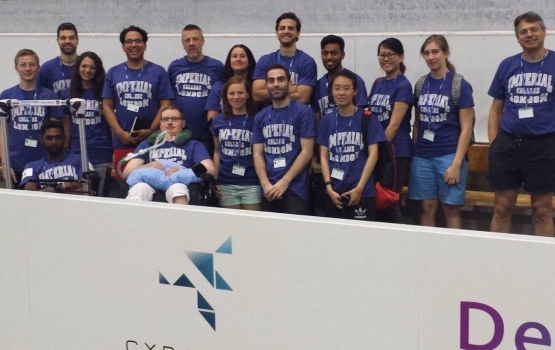 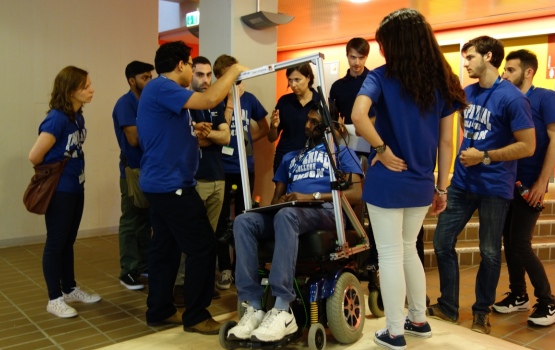 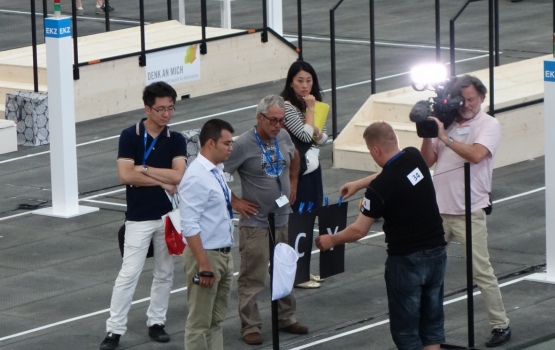 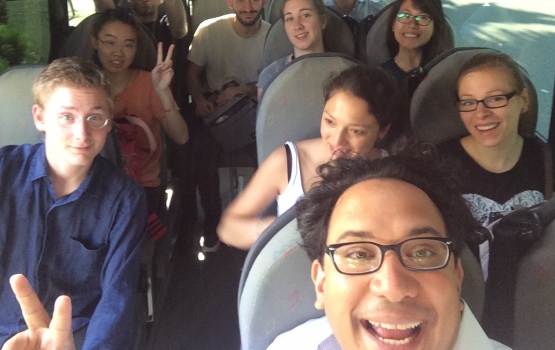 Dr Aldo Faisal, team Captain from the Departments of Bioengineering and Computing, said: “The rehearsal event really gave the team an insight into where we need to go in order to make our technologies competition ready for next year. We discovered that our eye-controlled wheelchair, for example, needs further refinements in order to cope with the bumpy terrain in the wheelchair challenge. The team are taking these technical challenges in their stride and we can’t wait to go for gold in the Cybathlon next year.”

Team Imperial consists of 12 taught students from the Faculty of Engineering. The team also has Imperial academics onboard including Drs Spyros Masouros, Etienne Burdet and Ian Radcliffe, who are experts in neurotechnology, human robotics and assistive sporting technologies.

Sivashankar Sivakanthan has already signed up as one of the team’s first wheelchair pilots and those interested in becoming a pilot should contact Dr Radcliffe for more information. The team will compete in a number of disciplines including the wheelchair race, the brain-computer-Interface race, the arm and leg prosthetics races, as well as exoskeleton race.

The team are supported by the Sports Innovation Challenge at Imperial. They are currently looking for further industry sponsors and those interested should contact Dr Radcliffe for more information.