The hunt for the universe's missing matter Dark matter makes up 80% of the universe's mass

For decades Imperial scientists have been at the forefront of the hunt for dark matter - which continues apace with a series of bold new experiments.

It’s astonishing to think how much humanity has learned about the world around us in just a few centuries of rigorous scientific enquiry, observation and experimentation – from the intricate mechanism of DNA replication to the surface composition of Pluto.

Yet despite these successes, we’ve been unable to land literally the biggest catch of them all − the stuff that makes up 80% of all the mass in the universe we inhabit. Something physicists call ‘dark matter’. 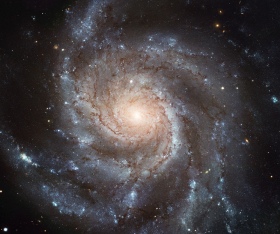 The only clue that dark matter even exits comes from the cosmic footprints it leaves. All galaxies tend to spin around their axis, with stars at the outer edges moving the quickest, like a weight swung on a string. Yet when astronomers first clocked the speed of these periphery stars they seemed going too fast for their host galaxies to hold on to them – they should have been simply shooting off into space. They concluded that there had to be extra invisible matter which we couldn’t see with telescopes providing added gravitation pull to hang on to them.

Astronomers have now seen many footprints of dark matter in the cosmos, but never the stuff itself − not a scrap.  But it in the spirit of scientific endeavour it hasn’t stopped people trying – and Imperial physicists have been at the forefront of this audacious task for nearly 30 years.

Stab in the dark

In the mid-1980s, scientists from the UK’s Rutherford Appleton Laboratory led by Professor Peter Smith started thinking conceptually about how they might directly detect dark matter. They began to consult people with expertise in high sensitivity instrumentation – including Imperial Professors Tim Sumner and John Quenby (Physics) who had recently done work detecting cosmic X-rays with the ROSAT space telescope.

Because dark matter appeared to interact with gravity, as normal matter does, it seemed logical to conclude it was made of particles, as normal is – rather than being some sort of mysterious ether. And because of the sheer abundance of dark matter, it should pass through the Earth quite frequently. So with a suitably sensitive detector it might be possible to catch the weak, fleeting interactions of dark matter with normal matter, the nascent team thought.

Yet any signal would be almost infinitesimally faint and would require an incredibly quiet place to hear it, free from the interfering ‘noise’ of cosmic rays and background radiation, and preferably underground. 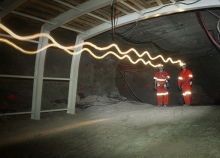 “We were incredibly lucky in making contact with a working potash mine in Whitby, North Yorkshire – which was the deepest facility in Europe at the time,” recalls Tim. “They just seemed to bend over backwards to accommodate us, excavating us our own cavern for the detector. We had more or less free reign to do our science – although we couldn’t just operate the lift shaft as we pleased, we had to travel with the miners on their shifts. It was very hard, hot and dusty work down there. But it was a fruitful time for us.”

Working at the mine, the team developed the underlying technology that would help look for dark matter particles, settling upon a detector made of liquid xenon. As a condensed noble gas, xenon is ordinarily very stable and unreactive, but has the very useful property of sending out a flash of light when particles, including hopefully those of dark matter, nudge its atoms. These flashes are then picked up by photomultiplier tubes at the ends of the detector.

The team refined the technology in series of experiments called ZEPLIN, the last iteration of which operated until around 2011. Through its detection runs, it demonstrated extremely high levels of sensitivity and won the respect of the physics community with a huge level of citation. It also ruled out the existence some species of dark matter. Yet it didn’t manage to find any actual dark matter particles. 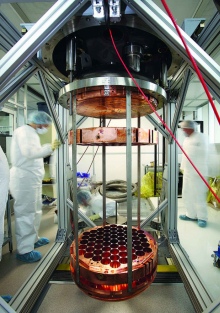 Meanwhile, in the US, a group was building a similar detector called LUX, housed in a disused gold mine in South Dakota which started running in 2013. Like ZEPLIN before it, from which it took design cues, LUX set new standards in sensitivity; but again it has turned up blank for dark matter particles.

“These are incredibly difficult experiments; it’s a step-wise process,” Tim explains. “It’s easy to look back and say we were naïve to expect to find dark matter in our first attempts, but that is the position you are in when you do something for the very first time – and you have to have a level of optimism otherwise you’d never go into anything.”

The UK and US teams are now formally collaborating to build the next generation dark matter detector called LUX- ZEPLIN, which will be built in the South Dakota mine and be 100 times more sensitive than the previous LUX experiment. 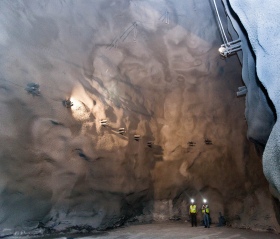 With US Government approval and funding in place, the hope is that LUX- ZEPLIN will be running by 2019 – and speaking with researchers there’s a palpable sense of anticipation in the field that this will be the experiment to pin down dark matter.

“There’s every reason to be confident; we wouldn’t be doing it if we weren’t,” says Henrique. “Believe me, there are easier ways to earn a living. Building and operating an experiment deep underground is really, really difficult. We have to believe that this is the right route to discovering dark matter. Remember it took nearly 50 years to find the Higgs boson yet we’ve only been looking for dark matter for 30 years. In the timescale of things we are not desperate − yet!” 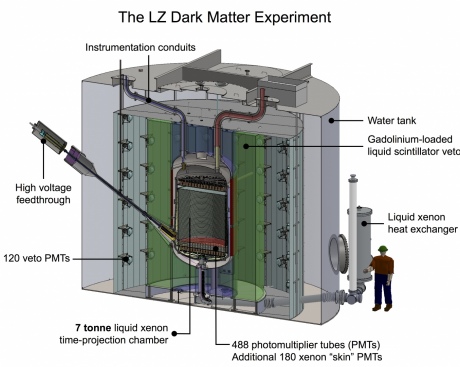 Rather than patiently waiting for cosmic dark matter to turn up, some scientists are taking an altogether more forceful approach to the problem by trying to actually create dark matter by smashing protons together at CERN’s Large Hadron Collider in Geneva. The LHC seeks to replicate the extreme high energy conditions that were present at the big bang. And since dark matter was created in the big bang alongside regular matter, it’s reasonable to assume that it might turn up in the afterbirth of collisions at CERN. 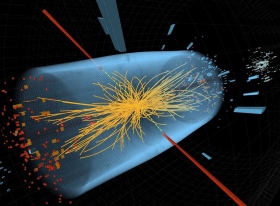 Dr Sarah Malik (Physics) is a Royal Society University Research Fellow at Imperial who also works at CERN sifting through the data for signs of ‘new physics’ beyond the established standard model including dark matter. With the LHC now at full throttle for its second, highest energy run, there is a greater chance that dark matter might turn up.

“The data is trickling in right now and when it comes through nobody gets any sleep,” says Sarah. “It’s a very exciting time, certainly in the beginning, when everyone has the mind-set that ‘there must be something amazing in there’. After all these are completely unprecedented energies.”

In addition to LUX- ZEPLIN and CERN there are a slew of experiments running or planned that are looking for dark matter in very different ways. 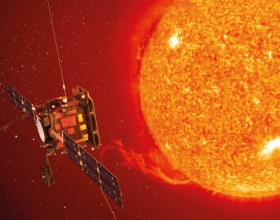 Dr Pat Scott (Physics) is an STFC Rutherford Fellow who pores over data from these various different sources in an effort to come up with ‘global fit models’ of how dark matter might actually behave and evolve with time. One of the more intriguing theories is that massive bodies such as the Sun act like concentrators of dark matter and harbour a beating, dark heart at their core, which effects their overall structure in a way we can actually observe. Indeed, Pat and his collaborators tap into a technique called helioseismology which looks at spectral lines of the Sun, in a way that is analogous to the way geologists use seismic waves from earthquakes to probe the inside of the Earth. “Essentially you can measure how the gas on the surface is moving towards or away from you, and we think that dark matter may be helping drive that,” Pat says.

The point is that these approaches are ultimately complementary, and if a promising signal is found by one approach it can narrow-down and inform the search parameters in another, making this epic game of hide and seek that bit easier.

“It used to be the case 10 years ago that the various communities did not talk to each other that much, because we spoke different languages. The high energy physics done at CERN is very different from the low energy processes we look for with underground experiments − while astrophysical studies of dark matter is a different approach entirely,” says Henrique. “But now there’s a big effort to make sure we’re pulling together. There’s healthy competition to be the ‘first’, but we will most likely need confirmation to be totally sure.”

We wait with bated breath.

Drs Henrique Araujo, Sarah Malik and Roberto Trotta will discuss dark matter and the quest for new physics in the inaugural lecture of the new Blackett Colloquium series on Saturday 24 October. For more information click here.