Engineers who have helped to save World War Two heritage and improved industrial processes were recognised this month.

It is a positive sign that this year we have the same number of women as men from Imperial elected as Fellows.

Dean of the Faculty of Engineering at Imperial

Four Imperial researchers were elected Fellows of the Royal Academy of Engineering this year. They are among only 50 new Fellows elected by the Academy.

This takes the tally of Imperial staff and associates who are current Fellows or Honorary Fellows of the Royal Academy of Engineering to 86.

Professor Jeff Magee, Dean of the Faculty of Engineering, said: “It is a positive sign that this year we have the same number of women as men from Imperial elected as Fellows. The research that all our new Fellows do has a real tangible impact on our world and it is wonderful that they’ve been acknowledged for their outstanding contributions. Well done!”

Amongst her many achievements, new Fellow Professor Adjiman focuses on developing new ways to design better chemical processes and devices. These can be applied in a diverse range of industries – from pharmaceuticals to oil refining and energy conversion. It is too costly and

time consuming for industry to test the huge number of possible chemicals and materials that could be used in new industrial processes. Yet, a poor choice of materials can lead to unforeseen challenges down the track such as poor performance of the industrial process or higher production costs. Professor Adjiman and her colleagues have developed new techniques that enable engineers to predict the properties of the materials they are processing. The methods also enable them to predict how those properties affect the performance of the process and link them to what happens at the molecular scale to determine how different decisions may affect the industrial process overall. This approach, called Molecular Systems Engineering, can have a range of benefits for industry such as improving the cost effectiveness of manufacturing processes and making them more environmentally friendly.

Together they are aiming to develop techniques that can detect the type and progress of Alzheimer’s at a much earlier stage, which could lead to better treatments. These computer algorithms are tuned to detect biomarkers, which are characteristic biological properties or molecules that may indicate normal or diseased processes in the body. The team aim for these techniques to be used in diagnostics as well as in clinical trials to help other researchers who are developing treatments.

Professor Ryan leads Shell’s programme for Materials and Corrosion at Imperial. It was set up to help industry develop new ways to manage and protect equipment by providing a better understanding of how to predict the behaviour of materials. Finding ways to reduce corrosion is a serious challenge for industry, estimated to cost upwards of $2.2 trillion globally each year, and cause safety and environmental risks.  In June 2015, Professor Ryan was appointed the new Royal Academy of 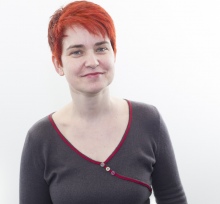 Engineering/Shell Research Chair in interfacial nanoscience to carry out research to link processes at the nanoscale to ‘real-world’ materials performance. Her work has helped us to understand the behaviour of nanomaterials in the environment and in the body.  Professor Ryan has also donated her expertise to help with conservation activities that have national significance. In 2011, Professor Ryan’s research group worked with the Royal Air Force Museum conservation team to develop a method for preserving the last remaining intact German World War Two Dornier Do-17 light bomber. Known as the Flying Pencil (Fliegender Bleistift), this iconic bomber had lain half buried and preserved by sediment in the English Channel off the Kent coast for over 70 years.

Professor Shah is the Director of the Centre for Process Systems Engineering, which looks at industrial systems, and all their complex components, as a whole. By looking at how all the processes interact with one another Professor Shah and his team of researchers aim to develop

refinements in industrial processes, which could have a range of benefits from reducing the impact of industry on the environment to savings on operational costs. Professor Shah has co-authored over 100 technical papers and received several awards including the Royal Academy of Engineering’s MacRobert Award, which recognises the successful development of innovative ideas in UK engineering.