Researchers are attempting to reduce aircraft noise, by creating pictures of how air is forced through engines when planes are in flight.

Scroll down to view detailed computer models of the air turbulence created by the next generation of passenger aircraft.

Noise pollution from aircraft is a global policy and health issue. In fact, scientist from Imperial have previously found that risks of hospital admissions and deaths from stroke and heart disease were around 10 to 20 per cent higher in areas with highest levels of aircraft noise, compared with the areas with least noise.

Much work has been done by the aviation industry to lessen the noise impact of aircraft, including the development of serrated engine jet nozzles, which feature in some of the latest passenger aircraft such as Boeing’s 787 Dreamliner. The engine’s serrated edges create small, unsteady pockets of air called vortical structures, which break up the larger air parcels being forced out of the jet engine. This process disrupts the engine noise, making the planes quieter.

Now researchers, led by Dr Peter Vincent from Imperial’s Department of Aeronautics, have developed computer models, displayed below, which enable them to visualise the vortical structures created by the serrated jet nozzles in unprecedented detail. The models are helping the researchers and their industrial collaborators to interpret and analyse the results of very large aircraft engine simulations. Their work has the potential to accelerate new discoveries in the field, ultimately leading to the next generation of even quieter aircraft engines.

Have a look at the images below, which give a rare insight into the technology behind making your next long-haul flight quieter.

The model shows turbulence, which look like puffs of smoke, being emitted from an aeroplane engine. 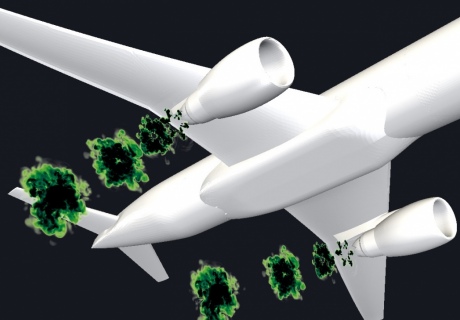 The wide band of green shows sound waves arcing from behind the jet engine, while the puffy air highlights the turbulence. 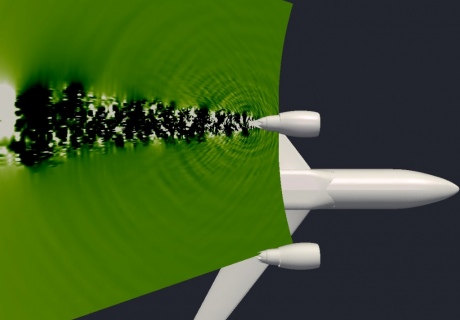 The serrated nozzle cuts up the airflow. 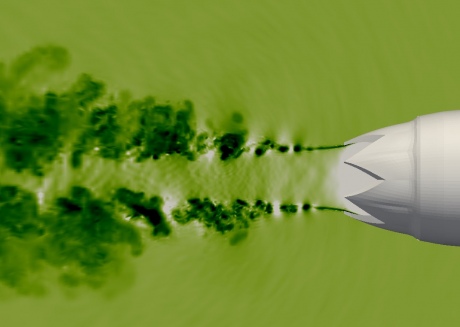 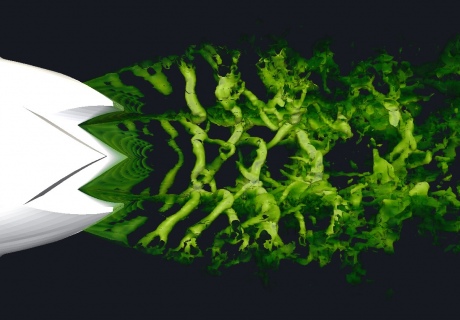 Peering into the eye of the storm

This model enables us to see the intricate pattern of vortices deep inside the turbulence created by their aircraft engine. 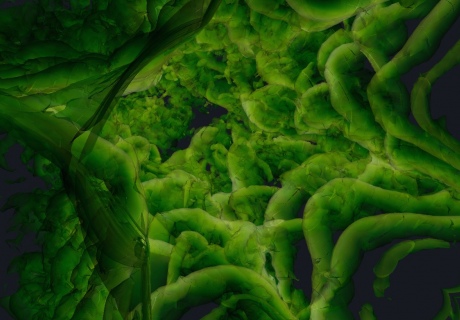