How to reduce emissions and maintain prosperity Since the first UN Earth Summit in 1992, governments have been trying to encourage sound environmental management in tandem with economic growth and social welfare. From 30 November – 11 December, delegates from more than 190 nations will meet at the 21st annual Conference of Parties (COP 21) in Paris. This year’s meeting is geared towards forming a legally binding agreement on limiting climate change, the first of its kind since the 1997 Kyoto Protocol. We took a look at some Imperial projects that are having an impact at COP 21 and beyond.

In the run-up to the Paris talks, countries have been submitting their plans to curb greenhouse gas emissions after 2020. Using this data, researchers from Imperial and collaborators at the international network Climate-KIC, have created a Climate Calculator to assess just how effective the changes will be. In partnership with the Financial Times, the Calculator has been turned into an interactive graphic with funding from the Grantham Institute.

Their calculations predict that even with the proposed cuts, global warming could still reach up to four degrees Celsius (4°C) of warming by 2100, overshooting the 2°C warming threshold that could spell ‘dangerous and irreversible’ climate change. 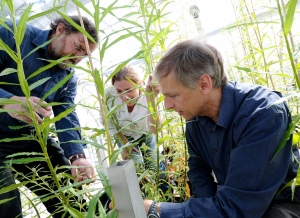 A ‘business as usual’ scenario where countries do nothing to limit their emissions would likely cause a global temperature rise up to 6°C or more.

“It is imperative the Paris agreement includes a system requiring countries to drastically ramp up emissions cuts beyond their current promises,” said Dr Jeremy Woods, from Imperial’s Centre for Environmental Policy and a collaborator on the Calculator.

The FT Climate Calculator allows users to pick apart the contributions of different regions and their respective plans. Users can also change the plans to see what level of action would be needed to reach the 2°C warming goal.

“What is clear from our analysis is that no country is doing enough but some countries are doing far less than they are capable of doing,” said Dr Rajiv Chaturvedi of the Indian Institute of Science in Bangalore, a collaborator on the Calculator’s data.

Countries also need more long- term plans beyond 2030, which is as far as many promises extend – deeper cuts are needed that can be sustained until 2100.

“Our analysis clearly highlights that we can meet our 2°C target while maintaining good lifestyles and a prosperous economy – but to be successful the world needs to act now and transform the technologies, knowledge base and fuels we use and make smarter use of our land,” said Jeremy.

“Declarations ahead of COP 21 in Paris are an important first step along the wider review path. We hope that the clarity of the task ahead will enable negotiators at COP 21 to ensure a firm process is put in place to increase the ambition of country pledges beyond 2020.”

Many economists believe that emissions trading schemes (ETS) are of central important in achieving global reductions in carbon emissions whilst maintaining economic growth. 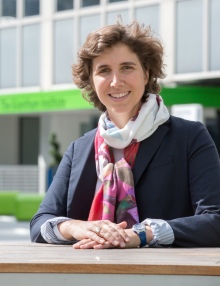 Dr Mirabelle Muûls is a lecturer at the Grantham Institute and an Assistant Professor in Economics at the Business School, whose work is focused on the European ETS.

First implemented in 2005, it aims to reduce total greenhouse gas emissions from EU member states. It operates by setting a cap on total emissions and allowing participants to buy and sell emissions permits or ‘carbon credits’. Covering 12,000 industrial and power plants in 31 countries, it was the first large scale emissions trading scheme of its kind when it launched.

As with any economic policy, especially one so new and radical, it can have unintended consequences and loopholes that can be exploited. For example, faced with environmental regulations and associated costs, companies can be tempted to relocate emissions-generating activities and jobs to a different country without equivalent emissions policies, rather than stopping them.

“We call this ‘carbon leakage’,” says Mirabelle, who along with international collaborators is helping to design more effective schemes and recently won the Erik Kempe award, a top environmental economics prize, for her work.

To try and prevent carbon leakage companies can be compensated for indirect carbon costs by being given free permits. However, allocating just the right amount of compensation is a delicate balancing act – too little and firms relocate, shifting carbon emissions and jobs outside the EU; too much and the scheme not only wastes money but rewards polluters for the harm they do to the environment.

In order to be as effective as possible, free permits should be offered first to those firms most likely to help deliver the government’s objectives – namely those firms keeping jobs, taxable profits and emissions in the country. This is different from the current usual practice of compensating the firms with the highest propensity to relocate. “You want to give permits to the firms to whom it will make the biggest difference,” explains Mirabelle, who hopes to build on this experience to inform new global trading schemes.

At present China plans to spread its carbon-trading system from major cities to the whole country in the next five years. President Obama’s Clean Power Plan, announced in August, introduces the prospect of US states using emissions trading systems in future.

However, Mirabelle does not expect trading schemes to be central to Paris COP 21. She says: “These systems are mainly national and it would be difficult to establish a global carbon market at this time. I would expect a key element of COP 21 to include talks of new climate finance schemes, such as financial support to developing nations.”

Mirabelle is also looking to the future by training a new generation of leaders with both scientific knowledge and business skills, in her role as the programme director of Imperial’s new MSc in Climate Change, Management & Finance.

AVOID 2 is a UK government programme involving a multi- disciplinary consortium of UK research organisations, led by the Met Office with the Grantham Institute as a core partner. The aim is to provide government analysts and climate negotiating teams in both the UK and internationally with the science needed to inform their decisions, leading up to Paris 2015. 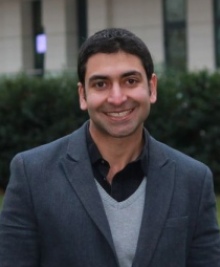 “AVOID 2 analysis has highlighted how important it is to begin coordinated global decarbonisation by 2020,” says the programme’s lead at Imperial, Grantham Senior Research Fellow Ajay Gambhir (inset, below). “We need to use energy more efficiently, increasingly electrify our energy systems and produce electricity without greenhouse gas emissions. We are feeding these messages to policy makers ahead of COP 21 in Paris.”

AVOID 2 analysis has been made possible by TIAM-Grantham, a computer model that calculates the most cost-effective ways to change an energy system reliant on fossil fuels, into a low-carbon system, based on a wider variety of technologies. Grantham Affiliate Dr Adam Hawkes (inset, below), who is Deputy Director at Imperial’s Sustainable Gas Institute, leads the development of the model. “We draw on the technological and economic expertise from across the College to create the most robust representation of energy futures for the whole world up to the year 2100,” he says. “The insights of the Faculty of Engineering and the Business School allow us to investigate the impact of game- changing developments such as solar. The Institute brings all this expertise together to create a tool that can have significant impact on policy.”