The Tizard Mission: 75 years on In 1940 Imperial's Rector Sir Henry Tizard led a team of scientists and engineers across the Atlantic to launch one of WWII's most important missions.

Carrying a cargo of blueprints, prototypes and new technologies, the group travelled to the United States via Canada with the hope of sharing these innovations in exchange for assistance with the war effort. The attack on Pearl Harbour was more than a year away, and it remained unclear whether the US would join Britain and the Allies in the fight against Nazi Germany.

The resulting agreement sparked what is now an unparalleled collaboration in science and technology between the three nations.

The Tizard Mission took place at a time of nightly onslaughts from German Air Forces and ever diminishing resources. With infrastructure stretched to breaking point, Britain was unable to exploit the military potential of its scientific research.

Tizard had been instrumental in the development of radar as chairman of the Government’s Aeronautical Research Committee in the 1930’s, and recognised its value in helping the Allies gain an advantage over Nazi German Forces. On Tizard’s advice, British Prime Minister Sir Winston Churchill commissioned a task force to share some of Britain’s technological secrets with the US– particularly its advances in radar - in return for industrial resources to help develop these technologies at the mass scale needed for war.

Among the secrets taken across the Atlantic was a piece of hardware called a cavity magnetron - the core technology for microwave radar. Invented just a few months earlier by scientists John Randall and Harry Boot, the cavity magnetron would greatly reduce the size of radar sensors such that they could be incorporated into aircraft. 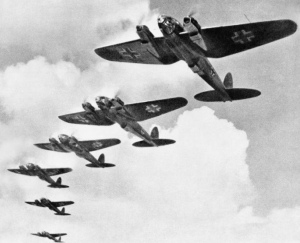 The American and British scientists agreed to collaborate and production of the magnetron began. The team opened a facility at MIT to house the project in 1940, dubbed the Radiation Laboratory as a cover for their work in radar. By early 1941, portable airborne radar had been developed and fitted to both American and British planes. The collaboration led to the development of other technologies which would be instrumental in the war effort.

John Holdren, director of the White House Office of Science and Technology Policy and assistant to President Barack Obama for science and technology, said: “The cavity magnetron allowed the miniaturization of radar, tipping the balance against U boats in the battle in the Atlantic”

“It also led to the proximity fuse, enabling precision of anti-aircraft fire and dramatically reducing the threat posed by Japanese planes to allied ships in the Pacific; the design of Whittle’s jet engine; and somewhat less well-known countermeasures against German radar. I think anyone who has studied the Second World War understands the Allied edge many of these technologies played in the outcome [of the war].”

Tizard’s Mission was a desperate act of trust that sowed the seeds for future victory and collaboration.

Chief Scientific Advisor for the UK's Ministry of Defence

In celebration of the anniversary of the Tizard Mission, the UK, USA and Canada held a symposium at the Canadian Embassy in Washington on 17 November 2015 where they renewed their commitment to mutual scientific collaboration.

Vernon Gibson, chief scientific advisor for the Ministry of Defense, said: "The Tizard Mission, and the partnership resulting from it, showed that the way we develop technology is just as important as how we use technology,"

"Tizard’s Mission was a desperate act of trust that sowed the seeds for future victory and collaboration."

The US remains Imperial's number one research collaborator.

In October, US Secretary of Defence Ashton Carter and UK Secretary of State for Defence Michael Fallon visited Imperial to see technology and research jointly funded by the UK and US.  During the visit, they called for a strengthening of bonds between the two nations that match the ambition of the Tizard Mission.

Mr Fallon said: “Both Secretary Carter and I believe taking a more innovative approach is vital to ensuring we are ready for the challenges we will face together in future. Harnessing new technologies and concepts of operation will be central to that.”

“So today Secretary Carter and I have challenged our teams to tighten our bonds, to bring forward proposals that match the ambition of the Tizard mission.”

Sir Henry T. Tizard was Rector of Imperial between 1929 and 1942 and was influential in shaping the College of today.

He recognised the need for expansion and began negotiations to take over the Royal School of Needlework building on Exhibition Road, purchased land at Harlington for use as a sports ground and helped secure Silwood Park as the College’s field station. He was also instrumental in creating today’s South Kensington Campus by consolidating Imperial’s hold over its central area, known as the ‘island site’, which was being considered by the government for other uses.

Outspoken and warm with a caustic wit, he is remembered for spending nights at the College during the war, playing snooker and billiards, and chatting to members of staff.

After the war Tizard served as chairman of the Defence Research Policy Committee and president of the British Association. One of the South Kensington Southside halls of residence, opened in 1963, was named after him.