Imperial experts explain the challenges ahead, following the signing of an ambitious agreement at the UN Climate Change Conference in Paris.

195 countries have agreed to trying to keep global warming under 2°C, and endeavour to limit it to 1.5°C, following months of behind-the-scenes discussions, and an intense conference in Paris over the last two weeks.

Achieving this target will mean limiting the greenhouse gas emissions that come from burning of fossil fuels as part of power generation, transport and other human activities. Scientist agree that these gases are responsible for an increase in global temperature. 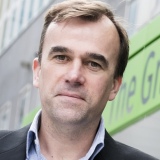 "This signing is obviously a significant result for action on climate change. It seems the case for change has been utterly accepted and there is now agreement on the level of the ambition required.

"Less clear are the details of how we will achieve what is necessary. While governments can set the conditions for the changes, those in innovation, education, finance, business and cities must now step up, plan ahead and work together to deliver our low carbon future.

"The last ten years had seen a huge increase in climate change awareness by governments and non-government actors; we now need to work collectively on the solutions." 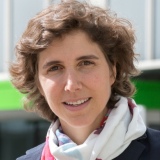 "12 December 2015 will hopefully remembered by future generations as the day that nations of the world meaningfully started to fight dangerous climate change.

"In combination with the strong national policies that need to be implemented, the Paris Agreement can provide businesses and individuals the signal needed to change, invest and innovate.

"In both rich and poor nations, there are opportunities to achieve sustainable and low-carbon economic growth and development." 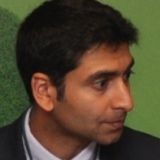 "It is remarkable that a text of this ambition has been agreed by all Parties, given the much less ambitious options still on the table just three days ago.

"However, the gap between the agreement's goal to limit warming to well below 2°C and the current combined level of countries' emissions pledges – which are not nearly enough to achieve this goal -  means there is considerable work to do over the coming years." 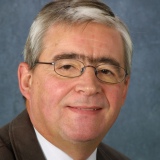 "The Paris Agreement is a major international achievement and a key step towards reducing greenhouse gas emissions in the rapid and dramatic way we need to in order to avoid catastrophic climate change.

"The aspiration to cap mean global temperature rise to 1.5°C, with 2°C as a realistic and still achievable target, accompanied by substantial funding from the developed countries to assist developing parties to reach their mitigation targets, are essential elements of the solution.

"However it must be stressed that this agreement is about targets not mechanisms.  The real challenge of implementation now starts and this will require further international and regional robust agreements on a realistic and binding carbon price.

"Many commentators are saying that this agreement signals the end of fossil fuels.  Whilst this must be the long-term goal, it will only be achieved well into the second half of this century.

"Most countries, including the UK but especially developing parties, will need to continue to use fossil fuels to meet their energy demands and maintain/grow the quality of life of their citizens.

"The Paris targets can still be met whilst continuing to use fossil fuels as long as we rapidly implement carbon capture and storage (CCS) on a massive global scale.

"This demanding target can still be met, driven by a realistic carbon price, but makes the recent UK government decision to scrap the £1bn Peterhead and White Rose CCS projects seem even more short-sighted and irresponsible in the light of the Paris agreement, which it strongly supports.”

Imperial researchers are available for interviews in the media, please contact the Grantham Institute communications office on 020 7594 5650.