This was the opinion of around 80 per cent of attendees surveyed at an official side-event at the UN 2015 Paris Climate Change Conference co-organised by Imperial College London.

Watch a short film about the event (opens in a new window).

Renewable energy, schemes for energy efficiency and storage, and technologies like carbon capture and storage (CCS), were among the solutions being considered by the scientists and engineers, policy experts and decision makers, who joined the conference from around the world. 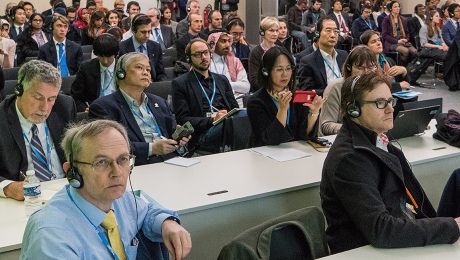 At the start of the event, more than 200 audience members were asked whether they believed that existing technology solutions could realise the goal of limiting global warming to 2°C. They were asked the same question again at the end of the event last week, and whether they thought it was possible to achieve the UN's new more ambitious target of below 1.5°C.

Before the first speakers took to the platform, around half of audience members thought greenhouse gas emissions could be reduced far enough to meet the two degree target, the other half believing that new breakthrough technologies would be required. 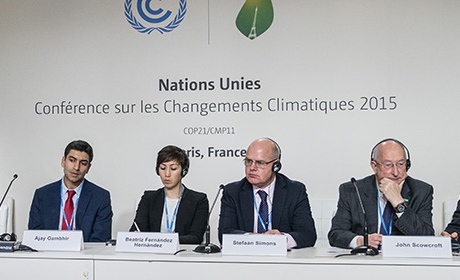 This number rose to almost 80 per cent of people in agreement after hearing about recent advances, as well as the considerable challenges ahead, presented by speakers from the Grantham Institute at Imperial College London, Danish Society of Engineers IDA, The Carbon Trust, the Institute of Chemical Engineers, Future Climate - Engineering Solutions, and the Global CCS Institute.

When asked for a show of hands, almost none of the audience members thought that existing technologies would be sufficient to reduce emissions to the level needed to keep global warming to 1.5°C.

Despite setting the spotlight on the major challenges, such as the pace of development, and the skills required to roll out these technologies, there was a strong sense of will in the room to make change happen.

Alyssa Gilbert, Head of Policy and Translation at the Grantham Institute, and one of the co-organisers of the event, reflected on the discussions:

"Despite setting the spotlight on the major challenges of meeting the UN's targets, the panel members were responsive to the diverse range of questions and provided an up-beat and can do atmosphere. There was a strong sense of will in the room to make change happen.

"It was clear that existing technologies will need to be rapidly deployed – with energy efficiency still at the top of the list, followed closely by renewables, CCS and storage.  We need to act in a smart and integrated manner, with international collaboration to help support innovation, increase the pace of change and the skills required to roll out these technologies.

"One Indian entrepreneur in the audience asked for advice on storage technologies to help her encourage investment in her mini-grid electricity supply and distribution network. Similarly, a Sudanese delegate challenged the speakers to consider the role of community engagement during the roll-out of renewables.

"This was one of the few official side-events at the conference to talk in detail about technologies needed to reduce carbon emissions, as well as the policies and finance needed to them happen all over the world." 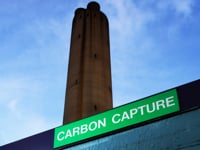 Watch a film about the event: Technology Solutions for a 2°C World