Bee brains as you have never seen them before Whilst bumblebees have relatively simple brains compared to our own human brain, they are able to perform complex learning tasks, such as remembering the best places to forage for nectar and pollen.

It’s a fantastic way to look inside insect brains. We can look at the brain as it naturally sits in the bee’s head, without the human error of having to extract it.

Given their importance as pollinators for crops and wild flowers, understanding how damage to bees’ brains affects their behaviour can help researchers understand what causes bee brains to malfunction.

Until now, scientists studying insect brains had to remove them and slice them up, causing damage to the structures and preventing accurate measurement of their size and shape.

However the new study, led by researchers from Imperial College London and published today in Scientific Reports, uses non-destructive techniques by applying micro-CT. The technique they use is similar to CT scanning of the human brain, but at a much higher resolution.

“It’s a fantastic way to look inside insect brains. We can look at the brain as it naturally sits in the bee’s head, without the human error of having to extract it,” said Dr Richard Gill, one of the paper’s authors from the Department of Life Sciences at Imperial.

“The 3D structures can also be explored as you wish – from looking at the whole organ down to each separate structure, piece by piece.”

Micro-CT scanning uses X-rays to provide hundreds of image slices of an object, in this case the bee’s head. These slices can then be united to form a virtual 3D model in incredible resolution. Bee brains are less than two cubic millimetres in volume, which is only about 0.0002 per cent of the human brain.

The researchers teamed up with Dr Farah Ahmed who runs the micro-CT scanner facility at the Natural History Museum in London to help scan the brains of 19 bumblebees. 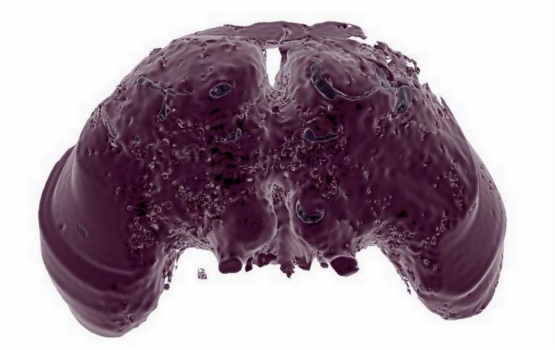 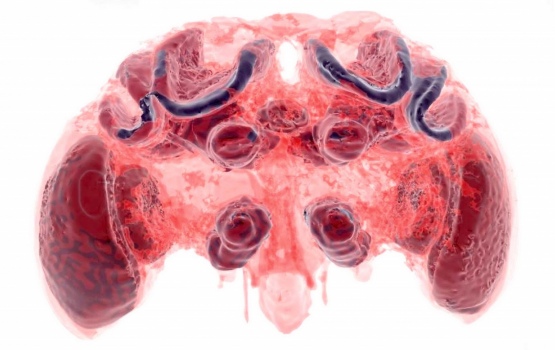 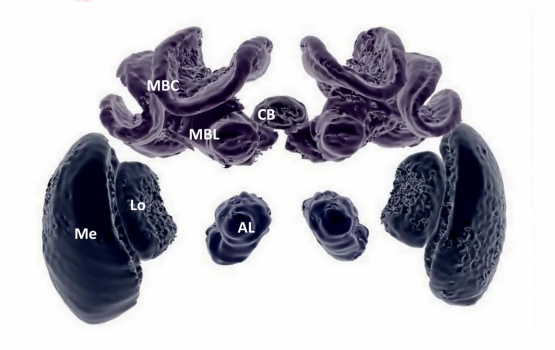 Bumblebees can be successfully kept in labs and given controlled behavioural tasks. The team hope to be able to use the micro-CT scanning technique to probe the brains of trained bumblebees to investigate the connection between behaviour and brain changes.

For example, changes in the size of certain brain structures, such as the so-called mushroom bodies found in insect brains, are thought to be linked to increased learning and memory abilities. Dylan Smith, the lead author also from the Department of Life Sciences at Imperial said: “With older techniques, the sizes of these structures could not be accurately measured and compared between bees.

“The structures are so small that tiny errors in measurement can lead to wrong conclusions. This new technique allows structures to be isolated, examined, and measured in greater detail than ever before.”

The team also hope to be able to use the technique to study the effects of trauma on the brains of bees and whether certain influences affect the memory and learning centres, affecting their ability to forage and pollinate effectively.

“We know in humans that small differences in structures can lead to large effects on behaviour. We can now investigate whether even the most minimal deformations can have knock-on effects to behaviour in these simple brains,” said Smith.

This sort of research requires accuracy but also the ability to reproduce results quickly and cost-effectively, which the team say can now be done, by combining micro-CT scanning with a 3D-rendering software that is freely available.

Wealth of orchid varieties is down to busy bees and helpful fungi, says study Imperial bee expert gives his take on latest research on harm from insecticides