Researchers studying a logged forest in Borneo have uncovered surprising findings from rare species to trends of ecosystem resilience.

Tropical rainforests support ecosystems of rich biodiversity; however, they are also prime targets for logging and conversion to agricultural land, which have brought them under severe threat. Can these industries be run sustainably? To find out, we first need to understand how these systems, and the plant and animal species within them, respond to disturbance.

By watching a system break apart, the way ours is, you learn a lot about how it’s held together when it’s not under threat.

Situated in the rainforests of Malaysian Borneo, the Stability of Altered Forest Ecosystems (SAFE) project is doing exactly this. Launched in 2005, SAFE is one of the largest ecological research sites in the world, encompassing 8,000 hectares (an area larger than Manhattan). It is located within an area that is currently used for commercial logging and will eventually be converted into an oil palm plantation, giving researchers a unique opportunity to assess the impacts of habitat degradation.

Principal Investigator for SAFE Dr Robert Ewers, from the Department of Life Sciences at Imperial, explains that this is one of the site’s greatest strengths: “By watching a system break apart, the way ours is, you learn a lot about how it’s held together when it’s not under threat.”

The researchers at SAFE represent a variety of fields ranging from biology and chemistry to geography and zoology. This diversity of scientific disciplines is another key aspect of the site’s distinct research profile. Dr Ewers explains that often, ecological field experiments are focused on one aspect of the ecosystem, and exclude other factors that affect the thing being studied.

He says: “People might go out and study insects in an area but when they’re focused on the insects, they aren’t simultaneously collecting data on how many birds, mammals, and trees are there, how much carbon is being stored and released by vegetation, and how much methane is being emitted from decomposing plant matter in the soil.”

“Having all of these data together allows us to detect linkages between the different components of the system. That’s an opportunity that we have at SAFE which doesn’t exist at many other places.”

Since the project’s inception, SAFE research efforts have yielded an impressive array of results. Here are some of the key findings from the last five years.

Oliver Wearn and Amy Fitzmaurice discovered a population of the elusive Bulwer’s pheasant (Lophura bulweri) - the world’s rarest pheasant species - which is endemic to Borneo and is listed as ‘vulnerable’ on the IUCN’s Red List. The Bulwer’s pheasant is threatened by hunting and habitat loss, with only two populations previously recorded. The newly-discovered population, which was observed four times between 2011 and 2014 via camera traps, inhabits an area of high disturbance within a selectively-logged forest. The population’s success in a degraded habitat demonstrates a surprising level of resilience, indicating that the species is able to survive in more disturbed areas than previously thought. 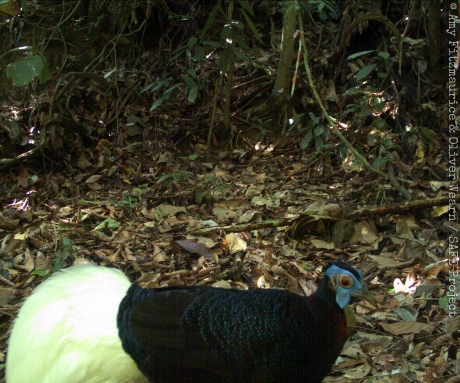 Dr Stephen Hardwick found that undisturbed native forests tend to be 2.5°C cooler than logged forests and 6.5°C cooler than oil palm plantations. Forest temperatures are affected by the density of vegetation and therefore influence the species that the system can support. When canopy cover decreases as a result of disturbance, more sunlight penetrates through to the ground, making the area hotter. Plants become stressed and competition for water increases, weakening the vegetation community and degrading the ecosystem.

Among all of the findings at SAFE, Dr Ewers says that one of the most unexpected is the sheer diversity of species found in the logged forest - particularly of amphibians, birds, and small mammals - demonstrating the system’s resilience in the face of disturbance. He explains that this is because selective logging creates space for new trees to grow, meaning that there will be more young trees producing fruit for animals to consume. These trees also produce more leaves, which eventually filter down to the forest floor where they support insects and worms, increasing the amount available for other organisms to prey on. “There are more resources available in the logged forest than in undisturbed forest, which is a slower moving entity,” says Dr Ewers. 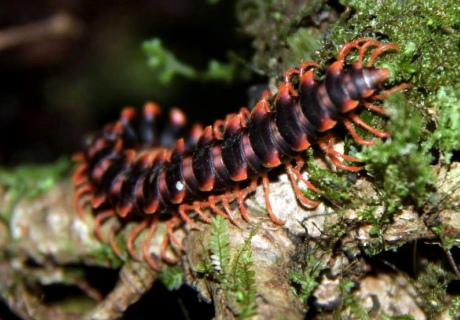 4. Plenty more fish in the forest

Fish species in rainforest streams are fairly tolerant of logging; however, limits on their diets could make these populations more vulnerable to further disturbance. One study, conducted by Christopher Phipps, examined the stomach contents of fish and found that their dietary diversity - the number of tree species eaten by the fish - was lower in areas disturbed by logging and palm oil plantations. In another study, Clare Wilkinson found that streams in less-disturbed areas were more likely to support larger fish populations than streams in disturbed areas. Both studies suggest that maintaining high-quality forests adjacent to streams is necessary to support fish populations. 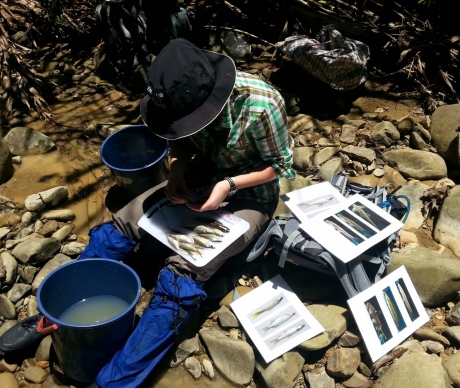 Dr Ewers and the team are also testing out new uses for old techniques, such as using sound recording devices to monitor biodiversity at SAFE. While recording sound is frequently used in ecological research - particularly to identify bird and bat species - Dr Ewers wants to analyse the sound of the whole forest. He explains: “So many species - birds, bats, amphibians, insects and mammals - are out there making noise. Looking at that acoustic signal en masse and comparing it between different locations might be enough to give a subtle indication of a degraded system or a system that is starting to come under threat.”

6. The cat came back

A team of researchers including scientists from Imperial College and the Zoological Society of London have recorded numerous Bay cat sightings at SAFE using randomly-placed camera traps. The Bay cat (Pardofelis badia) is a highly rare and endangered species of wild feline about which very little is known. Finding them in the SAFE site is surprising, as Bay cats were thought to be intolerant of environmental disturbance. However, at least here, they seem to be thriving in a habitat heavily disturbed by logging. 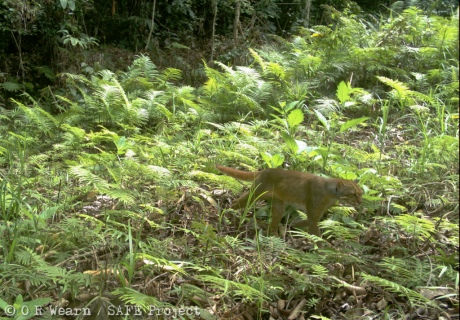 Mapping the forest canopy helps researchers model forest structure, but it is also important to investigate the composition of vegetation beneath the canopy to better understand the complete forest profile. SAFE researchers will be trialling the use of cameras mounted on drones to collect data such as tree height, volume of biomass, and vegetation cover. While this method involves a number of logistical challenges, such as navigating the drones through branches while remaining airborne and collecting data, Dr Ewers believes that it could potentially generate valuable data.

Hayley Brant, who studies the relationship between mosquitoes and disturbance at SAFE, has found that malaria-carrying mosquitoes are more likely to be found in areas of higher disturbance. Stagnant bodies of water - even ones as small as puddles - are prime areas for mosquito reproduction. Brant studied the physical properties of puddles and their impact on water temperature, which could influence mosquito larvae development. She found that the greater the forest disturbance, the more mosquitoes you are likely to find. Furthermore, mosquito density tends to be greater near the ground than in the canopy, but both groups can carry malaria. This explains how diseases can be transmitted between canopy-dwelling primate communities and people on the ground.

Dr Ewers’ team found that invertebrates such as earthworms, termites, and beetles have had their rainforest dominance overturned by logging. Invertebrates carry out a number of essential duties within the forest ecosystem, such as decomposing dead vegetation and preying on herbivorous invertebrates that would otherwise consume healthy vegetation. Unfortunately, logging creates hot, dry conditions that cause soft-bodied invertebrates to dry out. However, Dr Ewers’ team discovered that when invertebrate numbers decline, vertebrates are able to act as substitutes to carry out the same tasks. Small mammals including treeshrews and mice are able to act as seed dispersers while birds and bats prey on herbivorous invertebrates. 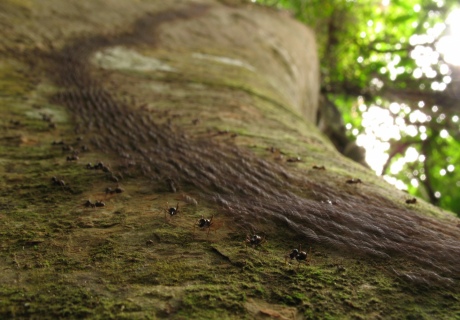