A recreation of the 1896 Horseless Carriage Exhibition will showcase a unique collection of early automotive history, alongside cars of the future.

London’s first car show is to be recreated at its birthplace, 120 years on. Iconic vehicles from the turn of the century will gather at Imperial for The Horseless Carriage Exhibition on 7 and 8 May to honour the original 1896 motor show.

This year’s exhibition forms part of the fifth annual Imperial Festival, a free weekend celebration of science and engineering, with music and art, talks and workshops. 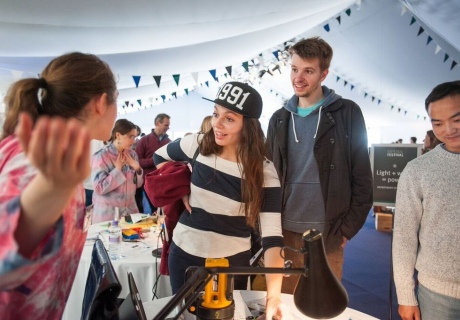 The 2016 recreation of this historic event will see a unique collection of both static and working vehicles from that era return to Exhibition Road. The oldest is an accurate replica of the original 1885/6 Benz Tricycle, widely considered the world’s first automobile, and other notable examples of steam-powered vehicles, such as the 1896 Salvesen, and silent electric cars such as the 1901 Waverley Electric.

Nicholas Pellett, the Exhibit Director, said, “The original Horseless Carriage Exhibition represented a significant shift in the UK’s automobile history, making it potentially the most important car show to ever happen in the country.

"The nation had initially been behind the curve in terms of early automobile development, largely due to harsh restrictions on the use of horseless forms of transport on British roads. However this unique showcase of new innovation inspired people to see the potential in automotive transport, helping kick the industry into gear.”

Such restrictions included speed limits of four miles per hour on country roads, two miles per hour while passing through towns, and the infamous red-flag rule, which said that a vehicle must be preceded by a person waving a red flag, in order to warn other road users.

Politicians were invited to the 1896 exhibition with the aim of pushing through laws to grant lighter vehicles, such as horseless carriages, exemption from those restrictions. 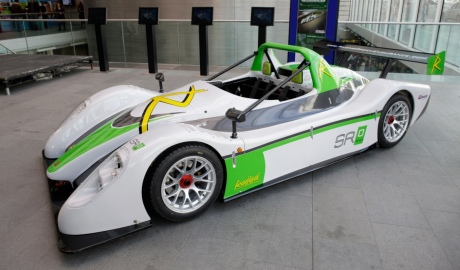 Visitors to this year’s event will have the opportunity to witness the spectacle of Victorian motoring on the roads of South Kensington, and the chance to see some of Imperial’s cutting-edge research into the future of transport.

Festival goers can meet the students designing, building, testing and racing, zero-emission racing cars, and learn about the batteries that will power vehicles of tomorrow. They can also see miniaturised turbo engines, explore the importance of combustion, and touch the low friction surfaces that will make engines more efficient.

Beyond transport, this year’s Imperial Festival will showcase research topics as diverse as hallucinogenic brain activity, the science of toys and the future of disability sport. What visitors said about the Imperial Festival 2015