Sunshine, wind, some rain and volcanic eruptions are forecast for Imperial Festival on 7 and 8 May 2016.

"Sunshine is glorious," said Alex Mellor from Imperial's Department of Physics who is taking part in this years' Festival in the Energy and Environment Zone.

The majority of the Festival activities are inside the university buildings and our Festival marquees, so we encourage you to come along whatever the weather brings.

"The many colours that make up sunlight give us the beauty of rainbows, sunsets and Monet masterpieces. However, if you’re a solar-energy engineer, they're a real nightmare; how can you make a solar cell that can handle all the different colours at once?"

Alex and his colleagues are designing some of the world’s highest efficiency solar cells, which Festival-goers can test out at Solar energy: the efficiency challenge, if the forecast is correct.

The Festival’s Energy and Environment Zone will be packed with research from around the College that aims to understand climate change, how to generate energy without polluting the atmosphere with greenhouse gases, and other environmental concerns of our time.

"The average rainfall in London is 59.4 centimetres per year, which is fairly low when you compare it with other places on earth," said Jennifer Quye-Sawyer, a Grantham Institute PhD student based in the Department of Earth Science and Engineering.

Visitors to Jennifer's stand How much does it really rain in...? can measure their own height against rainfall levels around the world. She forecasts that most people will be between the 13.399 metres of rain that falls in Choco, Colombia per year and the 0.1 millimetres of rainfall in the driest place on earth, Chile’s Atacama desert. 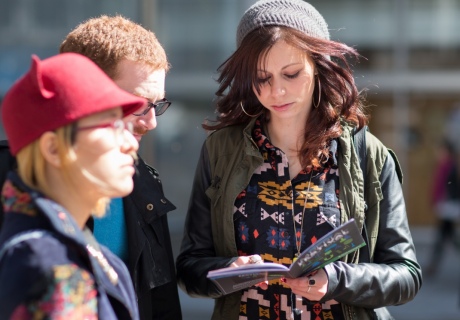 "The conditions will be perfect for solar and wind power," said Dr Sheridan Few from the Grantham Institute, who will be demonstrating what happens to the supply of renewable-electricity when the sun shines and the wind blows, at Buckets of energy: Can we store the sunlight?

A range of technologies promise to store the electricity generated by renewable energy sources - to be used at a later time, or when it is in short supply. At the Imperial Festival, Dr Few will be using buckets of water and a hose pipe to show the principles behind different approaches to the conundrum of energy-storage. 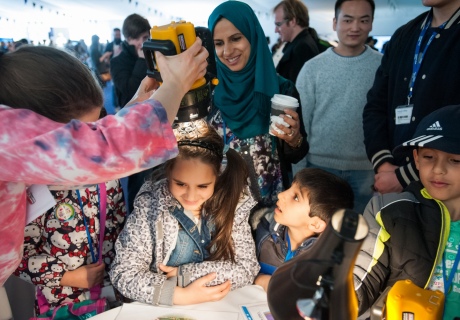 Light up your weekend at the Imperial Festival

Volcanic eruptions will be triggered by Fetival-goers at Dune Ash, a computer simulation that creates new volcanoes across a digitised Europe. With variable wind patterns and different types of volcanic material being ejected, giant ash clouds could be seen to spread over the continent, and may cause disruption to air travel.

Students from the Maths of Planet Earth Centre for Doctoral Training will be on hand to explain why particles circulate in the atmosphere the way they do, and whether our reactions to the eruption of Icelandic volcanos Eyjafjallajökull, in 2010, and Grímsvötn, in 2011, were out of proportion to the risks posed to aeroplane engines. 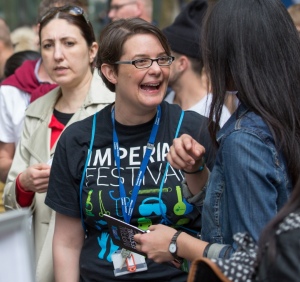 Acting Festival Director, Katie Weeks, said: "We have been closely watching the forecast to get an idea of what the weather for the Festival weekend will be like.

"At the moment it looks like it will get warmer during the week, even up to 18°C by the weekend. On Saturday and Sunday we will have a mix of sunshine and cloud, with only a 20% chance of rain. This is totally typical for May in London!

"The majority of the Festival activities are inside the university buildings and our Festival marquees, so we encourage you to come along whatever the weather brings."

MAKE A DATE WITH DISCOVERY 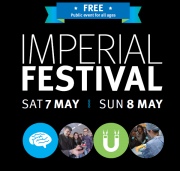