The ceremonies will be hosted by Imperial's President Professor Alice P. Gast. Addressing the audience of graduands and their guests, Professor Gast will highlight the “new and unexpected ways” in which Imperial postgraduates define excellence.

This includes students in the Faculty of Natural Sciences who have helped reveal the complexities of bumble bee brains using CT imaging and 3D reconstruction, and an interdisceplinary group who have discovered a way to use feather waste from the processing of poultry as an insulating material.

You are the leaders of our future. There are countless ways to use your knowledge to make the world a better place.

“Excellence is a personal measure that each of you carries in your hearts and minds. It is what both guides and drives you to explore new areas, tackle difficult problems and develop new and often unexpected solutions,” she will say.

“Your future is bright, your promise unlimited. Many opportunities await you.  You are the leaders of our future. There are countless ways to use your knowledge to make the world a better place. Maintain your commitment to excellence and inspire excellence in others”.

Renowned economist and Nobel Memorial Prize laureate, Professor Jean Tirole, is among those to receive honorary degrees and awards during today's Postgraduate ceremonies.

Professor Tirole’s pioneering research into market power, monopolies and regulation draws on his economic expertise in game theory, industrial organisation, finance and psychology.  He serves as Chairman of the Foundation J.J. Laffont-Toulouse School of Economics and Scientific Director of the Institute for Industrial Economics at Toulouse 1 University Capitole.

He received the Sveriges Riksbank Prize in Economic Sciences in Memory of Alfred Nobel for his analysis of market power and regulation in 2014. His prize was one of only four awards this century that have been presented to a single person. 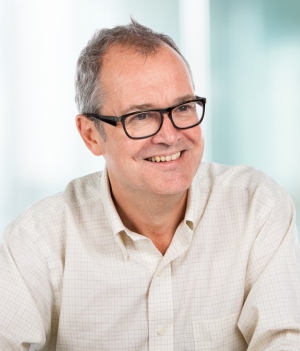 During today's ceremonies, an honorary degree will also be awarded to Dr Patrick Vallance, President of R&D at GlaxoSmithKline, in recognition of his contribution to the discovery of new medicines.

Dr Vallance has worked in clinical medicine, general internal medicine, cardiovascular medicine and clinical pharmacology for over 20 years. He has an international reputation as a vascular biologist and clinician scientist. At GSK, he has transformed the discovery engine to focus on therapy areas that are underpinned by the most promising science, and which offer fresh insights into diseases.

Recognising their outstanding contributions to the life and work of the College, Imperial College Medals will be presented to Professor David Miles, Professor of Financial Economics and a former member of the Bank of England’s Monetary Policy Committee; Mr Bob Parish, former Services Coordinator in the Faculty Services team at Imperial College Business School; Professor Geoffrey Hewitt, Emeritus Professor of Chemical Engineering; and Dr Lynda White, Principal Teaching Fellow in Experimental Design in the Department of Mathematics. 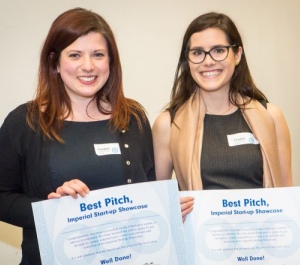 Outstanding student achievement will be celebrated with awards for Ms Angela de Manzanos - a final-year PhD student in the Department of Chemistry, and Dr Kerry O’Donnelly Weaver - who completed her PhD from the Department of Chemistry in 2015. Together the pair founded FungiAlert, a startup which offers a simple and inexpensive device which can detect plant pathogens in soil and alert farmers about the risk of crop infection. 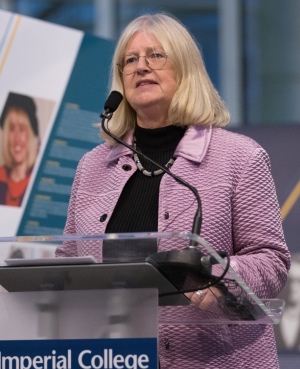