Children from five London primary schools got exclusive access to labs to carry out experiments at the Imperial Festival ahead of the weekend event.

In the Explore Zone, based in the Wohl Reach Out Lab, children watched how marshmallows expand when they are placed inside a vacuum, got their hands sticky creating jelly worms in variety of colours and found out what optical illusions tell us about our sense of sight. 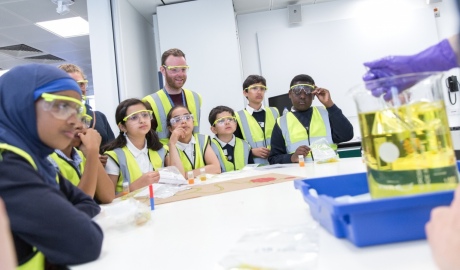 Ben Mottershead, a teacher at Marlborough Primary School said: “They are so excited just be in this environment. It’s a totally fresh and new experience for them and it will help prepare them for science at secondary school. The scientists don’t talk down to the children and because of that they really listen.”

In the Research Zone, children talked to scientists and watched demonstrations to learn about vortices, building cities and rocket science. 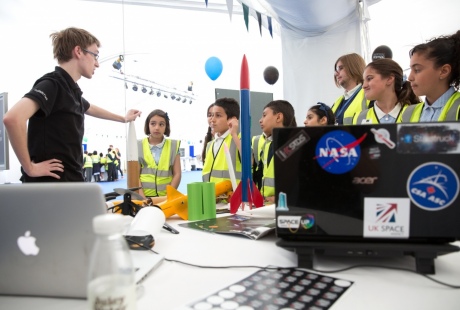 Joseph Dudley is a fourth year MEng student at Imperial and member of student society Imperial College Students for the Exploration and Development of Space. He thrilled children with his knowledge of space and how to reach it.

He explained: “Space is only 100 miles away. It’s closer to us than Scotland or Wales! The problem we have when we’re trying to reach it is gravity. To get into space we need a lot of fuel and a rocket that’s about the size of the Queen’s Tower.”

Two more interactive displays were created by children from other London schools in collaboration with Imperial researchers. A group of year five and six pupils from Bishop Gilpin Church of England Primary School in Wimbledon have been working with Imperial Bioengineers since October. 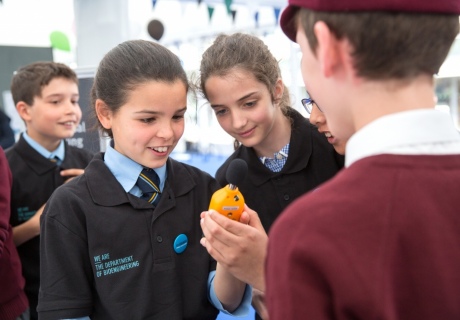 Pupils from Bishop Gilpin show off their bioengineering know-how

Simon Rowell  graduated from Imperial Business School in 2000 with an MBA. He is now a management consultant and dad to Ella, one of the pupils from Bishop Gilpin. He watched Ella and her class mates with pride as they explained hearing with the help of a string telephone.

Simon said: “There are no facilities like this at primary schools and it’s just fantastic for these kids just to come in and visit a university like Imperial.”

The Explore and Research Zones will be open to the public from midday on 7 and 8 May as part of the Imperial Festival. The Festival is free and suitable for all ages.

What did you think? If you enjoyed the Festival or have ideas on how we can improve, please take part in our feedback survey: //www.imperial.ac.uk/festival/feedback/. You will be entered into a prize draw to win a £50 voucher.