Helen Sharman celebrated her spaceflight anniversary with more than a dozen astronauts, who took part in an outreach event with schools at Imperial.

Helen Sharman now works as Operations Manager for Imperial College London's Department of Chemistry, but in 1991 she became the first Brit in space.

On 18 May 2016, Sharman was reunited with the spacesuit she wore exactly 25 years ago as she lifted off for the Mir space station. 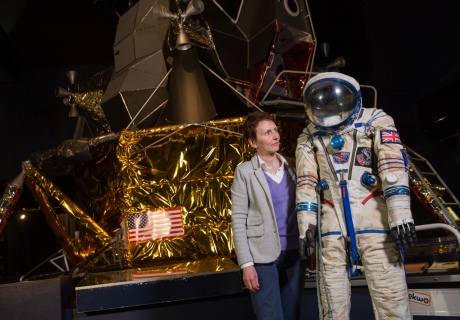 The suit is now kept at the Science Museum, where it is usually behind a glass case. To preserve the suit, even Sharman is only allowed to touch it with gloves on. 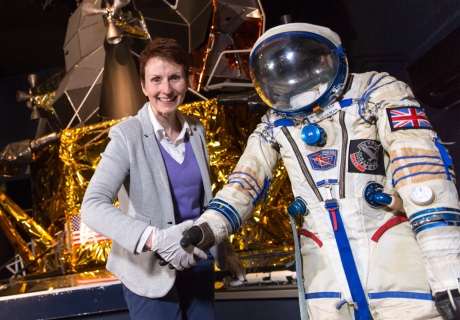 Two days later, on 20 May, Helen returned to the Science Museum to mark the day she docked with Mir. 'Docking day' is what astronauts and cosmonauts typically celebrate.

She was joined by other European astronauts and also her original Russian crew from her mission, Anatoly Artsebarsky (R) and Sergei Krikalev (L). Krikalev holds the record for the second-most time spent in space at 803 days, and also helped to train Tim Peake. 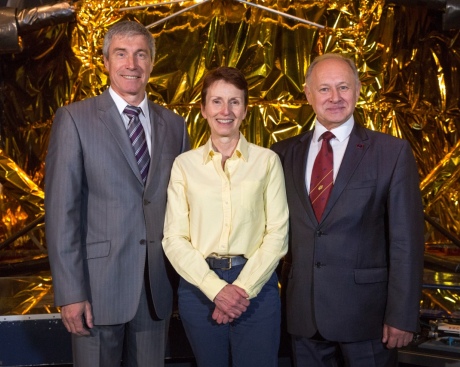 The astronauts also took a quick trip to Mars - or at least a projection of it at Imperial's Data Science Institute. 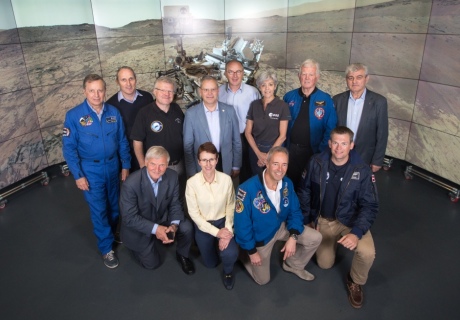 They then gave a question-and-answer session for schools, both in the lecture theatre and across Twitter. 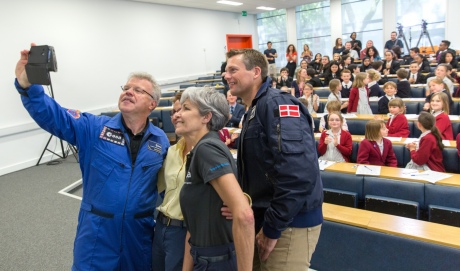