As Professor Tommaso Valletti is appointed the EC's Chief Economist for Competition, he discusses the need for collaborative research and regulation.

One of the most important economic challenges for any democratic government is enabling businesses to operate freely whilst also ensuing fairness and value for end consumers and tax-payers.

This goes to the heart of many recent political and economic issues – whether regulating banks to prevent mis-selling of insurance products or stepping in to ‘save’ the British steel industry. 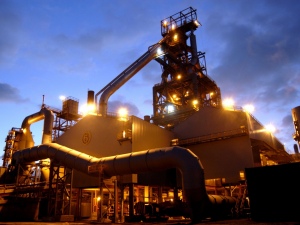 Professor Tommaso Valletti from Imperial College Business School is a researcher and government advisor whose work models the economic effects of market interventions – particularly on competition. Indeed, Tommaso has this week been appointed by the European Commission as its new Chief Economist of the Directorate General for Competition, starting in September (for more information about that role see the panel, right).

“Competition is about innovation, keeping prices low, increasing variety and choice,” says Tommaso, “But the characteristics of some industries make them more concentrated than others and concentration brings with it greater market power and market power in turn means higher prices and less choice.

“So it’s important to have watchdogs with regulatory powers – bodies that conduct market investigations are often advised by people like me on how best to intervene in particular markets, based on sound economic academic research.”

The reality of global business and multi-national companies means that regulation often needs to be across borders to be effective. 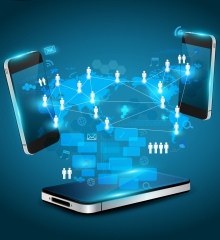 A recent example of this was the proposed merger between UK mobile network operators O2 and Three – which was ultimately blocked by the European Commission.

“Understandably people ask why the EU should decide on this rather than the UK alone,” says Tommaso. “Well, firstly, O2 is owned by the Spanish giant Telefónica, one of the world’s largest telecoms companies, while Three is a subsidiary of a Hong Kong conglomerate which also operates in Austria, Italy, Ireland and the UK. So there’s a clear European dimension. Secondly, it’s not about powers being taken away from the UK – the merger simply triggered a pre-determined threshold in terms of total turnover of the companies involved and the commission took a decision based on what was in the best interest of UK citizens.

“Plus, both Ofcom and the UK’s Competition and Markets Authority (CMA) presented their own case in front of the EC as part of the process – so there was a conversation happening.”

Another example of the need for cross-borders market intervention is that of mobile roaming charges. This is where companies charge customers for making calls or using data services from their mobile whilst abroad. Largely thanks to EU regulations, roaming charges have fallen and will be completely abolished by June 2017. Tommaso, who has carried out extensive research himself in this area, says this is a prime example of where cooperation is key.

“Say, hypothetically speaking, Ofcom for some reason decided to unilaterally to cut roaming charges. It only has a remit to do that for foreigners visiting the UK − so that’s a great deal for my mum when she visits me from Italy, but not for UK customers or any other UK stakeholder. In practice there would be no incentive for Ofcom take such a step. Similarly when UK customers visit Italy why would the Italian regulator care about you – they are not elected by you, you’re not generating much income there and you’re not a stakeholder?

“Ultimately, if we left this to national regulators we would be stuck in a ‘bad equilibrium’ − whereas a multilateral European approach and solution makes a lot of sense.”

There has been much debate in the media as to what would happen to these charges in event of the UK voting to leave the EU – with some suggesting that the price caps on roaming would be retained. But for Tommaso the issue is pretty clear.

“Brexit would mean the UK is no longer subject to these EU roaming charge regulations, and so there would be nothing unlawful in Vodafone starting to increase roaming charges for visitors  – and vice versa for EU telecoms providers charging UK visitors when travelling abroad.”

The nature of academic research and the volatilities of economics means that evidence is rarely completely clear cut. Tommaso’s work has shown that market intervention can also have unintended consequences. Although roaming charges to customers have fallen, prices overall have risen on some networks – whether through monthly bills or offset in handset down-payments. Tommaso terms this the ‘waterbed effect’ – calling to mind somebody pushing down a waterbed in one place to find it bulging out somewhere else. 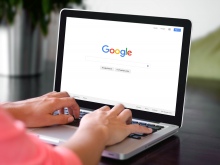 He explains that interventions must be evidence based, with a mix of empirical evidence and model based approaches – using what he terms ‘theory of harm’.

“Take Google for example. They are clearly a large company but in itself this means nothing. Still, they might well be abusing the big market power they have in search engines in order to leverage market power in say maps or restaurants’ reviews. They leverage from one market to the next. That’s a theory of harm.  We then test whether the empirical evidence is consistent with the theory.”

At present, the competition authorities have the powers to ask companies to provide them with data, most of the time in complete confidence. Anonymised data can also then be released to academics such as Tommaso.

“Of course the companies involved have their own experts working with the same dataset – part of the process is for the parties to converge towards a common specification and let the data speak for itself.”

Tommaso says that, in principle, the best thing would be to make all data freely available to researchers – and indeed the EU is investing resources to this end with its European Open Science Cloud project.  This envisages making all data produced by the EU Framework Programme for Research and Innovation and the Horizon 2020 Programme open by default to share research results within the scientific community.

“This is an ambitious plan that presents challenges in terms of compliance with data protection law, but it opens enormous opportunities for European innovation – that is at present lagging behind other superpowers.” Professor Tommaso Valletti will take up his new role as the Chief Economist at the European Commission on 1 September.

He will be responsible for assisting in the evaluation of the economic impact of the European Commission’s actions in the competition field and will provide independent guidance on the application of EU competition rules.