President Alice Gast, spoke about the inspirations and hurdles that shaped her career in Imperial's annual lecture celebrating women in science.

She is the sixteenth speaker to deliver the Athena Lecture, which is given each year by a prominent female scientist to showcase the achievements of women in in science, technology, engineering and medicine.

An internationally renowned scholar in chemical engineering and a leader in higher education, Professor Gast became the first woman to lead Imperial in September 2014. Prior to her appointment, Professor Gast was President of Lehigh University, Pennsylvania.

I credit a lot of my life experience to having participated in athletics.

During the lecture, she spoke of her research interests in surface and interfacial phenomena, in particular the physics of complex fluids, colloidal suspensions, micelles, membranes and proteins.

Professor Gast’s early research focussed on colloidal suspensions - very small particles suspended in either a solid, liquid or a gas.

Examples of such particles can be found in riverbeds. Given certain conditions, these particles can sediment, leading to the creations of iridescent opals. In different conditions, such as when the same particles flow to the mouth of the river and meet the salty water in the ocean, they can create vast river deltas. 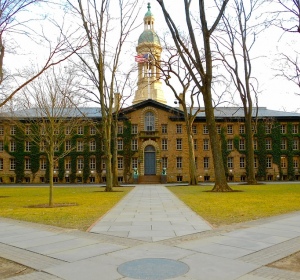 “This area of research, where you can look at manipulating the forces between small particles to make something as beautiful as an opal, or as grand as a delta, was fascinating to me,” Professor Gast said.

Professor Gast’s interest began at an early age: “On reflection I realise I got interested in colloidal suspensions much earlier in my life.

"When I was a child growing up in California, I used to make ‘dirt soup’. I remember that you had to have the right dirt and the right additives – various leaves, flowers, berries and things. I was always an outdoor girl.”

The President emphasised how non-academic activities have driven forward her life and career.

“I credit a lot of my life experience to having participated in athletics.”

The kind of things one learns from those kind of experiences where you have to dig into your own capabilities and push yourself was very transformative.”

Professor Gast earned her Ph.D. in Chemical Engineering from Princeton University in 1984.

“I benefitted enormously from having the opportunity to work in an interdisciplinary collaboration from the start. My co-advisors were tremendous mentors to me and we had opportunities to do some really fun and interesting things” she said.

Without attracting, developing, promoting and retaining the very best female scientists, we will simply not be able to retain our status as a world leading institution

Reflecting on her early time time at Princeton, Professor Gast added: “I started on a project that didn’t work out at all and went through the process of changing PhD topics. But on reflection I learned quite a bit from that process. I think there are always lessons from the things that don’t work out well.”

“We had a large incoming class of PhD students and I was very intimidated by some of my classmates. The whole thing was a great lesson in learning how to have confidence in yourself and make the right decisions."

Professor Gast went on to join Stanford University from 1985 to 2001, being promoted to full professor in 1995. In 2001, she moved to the Massachusetts Institute of Technology where she served as Vice-President for Research and Associate Provost and held the Robert T. Haslam Chair in Chemical Engineering until 2006.

Professor Gast concluded by sharing some of the lessons she’d learnt from her career: “Always try to simplify questions, mix different viewpoints, collaborate near and far, and value your mentors, students, friends, colleagues and family” she said. 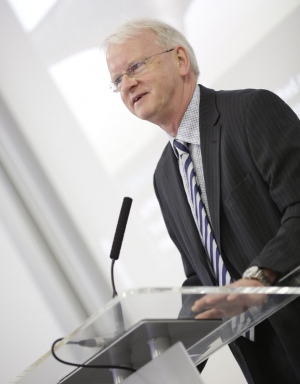 Introducing Professor Gast, Imperial's Provost Professor James Stirling said:"At Imperial we are on a journey to promote women at all academic career levels. Without attracting, developing, promoting and retaining the very best female scientists, we will simply not be able to retain our status as a world leading institution"

"The label 'chemical engineer' fails to do justice to the breadth of Alice's expertise. When we consider the range of objects she has studied and the techniques her research has utilised, we see a chemist, a physicist, a biologist, a mathematician, a materials scientist and an engineer at work. She epitomises what Imperial is all about."