Britain's withdrawal from the EU would negatively affect the NHS in a number of ways, a report by academics at Imperial College London has warned.

In the report, called A briefing for the National Health Service on the European Referendum, the authors, from Imperial and LSE, find that withdrawal from the EU is likely to reduce NHS funding, lead to staffing shortages, and hamper Britain’s world-leading health research sector.

The authors conclude that the threat posed by Britain’s potential exit from the EU is as critical as any the NHS has faced in its 68 year history.

“We have been struck by the profound vacuum of robust evidence on the role of the EU in our health system” says co-author Professor Elias Mossialos, Chair in Health Policy and Management at Imperial, and Brian Abel-Smith Professor of Health Policy at the London School of Economics. "We have tried to provide clear and balanced answers to the          main questions that have      arisen during the debate.

“Our conclusion is that, for the NHS, there is no justification for leaving the EU. Claims of a £350 million Brexit saving benefitting the NHS are false, as are fears of EU intervention in health services delivery. Instead, evidence points to benefits for UK health care in terms of medicines policy, human resources and research and development should we remain in the EU.”

Professor Lord Darzi of Denham, Director of the Institute of Global Health Innovation at Imperial added: “The NHS is our most important social institution and it is our duty to champion the evidence. We owe it to our patients, the public and the entire NHS to help make informed decisions when it comes to the vote on June 23rd.” 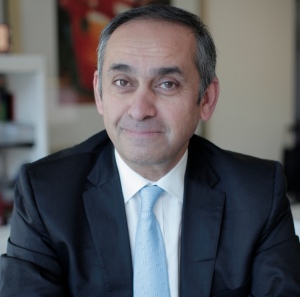 The main conclusions from the briefing are:

The full report,  A briefing for the National Health Service on the European Referendum is available here.