Researchers have discovered that people with higher levels of antibodies in their blood have a lower risk of heart attack.

The finding suggests that measuring levels of antibodies in the blood could be used to assess a person’s heart attack risk.

The new study, published today in the scientific journal EbioMedicine, shows a link between the amount of IgG antibodies in a person’s blood and their likelihood of being protected against an adverse cardiac event, such as a heart attack.

IgG is the most abundant form of antibody and it is responsible for protecting the body against bacterial and viral infections.

Measuring IgG is simple and cheap, so the scientists suggest that this finding could, in the future, make it easier for clinicians to more accurately determine a person’s risk of having a heart attack.

The research was funded by the British Heart Foundation, the Wellcome Trust and the National Institute for Health Research (NIHR) Imperial Biomedical Research Centre. 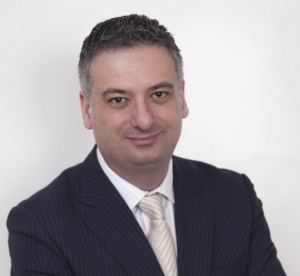 "As well as improving the way we tell who is at the highest risk of a heart attack so that we can give them appropriate treatments, we now have a new avenue to follow in future work.

“We hope that we can use this new finding to study the factors that lead some people to have an immune system that helps protect from heart attacks, while others don’t. We also hope to explore ways of strengthening the immune system to aid in protecting from heart disease.”

The team at Imperial College London and University College London studied patients who suffered a heart attack or stroke from the Anglo Scandinavian Cardiac Outcomes Trial with their matched controls. People enrolled on the ASCOT trial had high blood pressure and were at high risk of a cardiovascular event.

The researchers measured levels of total IgG and IgM antibodies, as well as levels of antibodies that are particular to an oxidised form of ‘bad’ cholesterol, oxLDL, which is known to promote atherosclerosis – the build-up of fatty material in the artery walls that can lead to heart attacks.

The researchers found that the people who had higher levels of general antibodies as well as antibodies against oxLDL were less likely to have a heart attack. Surprisingly, total IgG levels showed the strongest association with reduced heart attack risk, independent of other risk factors such as cholesterol levels or blood pressure.

Professor Dorian Haskard, co-senior author and BHF Professor at Imperial College London, said: “These very interesting findings linking the immune system to protection from heart disease have grown out of years of previous research funded by the British Heart Foundation.

"The study focused on patients under treatment for high blood pressure, and we now need to know if the link also applies to other groups at risk.”

Professor Jeremy Pearson, Associate Medical Director at the British Heart Foundation, which helped fund the research, said: “Whether measurement of IgG will become a valuable tool for improving prediction of heart attack needs more investigation, but this well-designed study does provide further evidence for the role of the immune system in heart disease and the protective effects of IgG.

“Heart attacks devastate thousands of families across the UK each year and research like this is vital to improving diagnosis so doctors are able to act fast and try to prevent a potentially deadly incident.”