The British Academy is a leading institution for the humanities and social sciences.

Two senior Business School academics have been elected as Fellows of a leading institution for the humanities and social sciences.

Professor Douglas Gale, Director of Research at the Brevan Howard Centre for Financial Analysis, and Professor Mike Wright, Director of the Centre for Management Buy-out Research, were each elected as a new Fellow of the British Academy.

The two Business School academics were elected among 42 highly distinguished scholars at the British Academy’s Annual General Meeting on 14 July. The new Fellows are recognised for their outstanding research, joining the nearly one thousand Academy Fellows.

This is a real achievement and reflects their incredible hard work and dedication to teaching and academia at the Business School.

The Fellows represent the full range of the Academy’s subjects across the humanities and social sciences including law, linguistics, economics and history. Becoming a Fellow is a mark of distinction and only a very small number of scholars are elected in any field.

Reacting to the news of his Fellowship, Professor Douglas Gale said: “It's a great honour to receive this Fellowship and I hope this recognition by the British Academy will draw attention to our work at the Brevan Howard Centre for Financial Analysis and the growing distinction of the finance group at Imperial College Business School.” 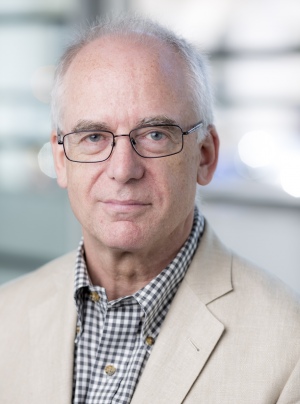 Professor Douglas Gale was recognised by the British Academy for his research on global financial challenges.

Professor Gale joined Imperial in 2014, as one of the founders of the Brevan Howard Centre, which aims to engage policymakers, financial services professionals and the wider public on global financial challenges.

Professor Gale's research focuses on financial economics and banking. He works closely with Professor Franklin Allen, Executive Director of the Brevan Howard Centre on issues relating to financial crises, with a special focus on the interaction of banks and markets.

New Fellow Mike Wright joined Imperial as Professor of Entrepreneurship in 2011. He is Director of the Centre for Management Buy-out Research. This is the first academic centre devoted to the study of private equity and buyouts. 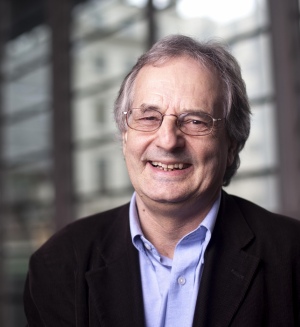 Professor Mike Wright was honoured by the British Academy for his research on management buyouts.

Professor Mike Wright said: "I'm delighted, honoured and humbled in equal measure. I'd like to thank all the colleagues with whom I've collaborated with on research who have made this possible."

This is the second time academics from Imperial College Business School have been recognised by the British Academy, following Professor Carol Propper's election as a Fellow in 2014.

Professor Nelson Phillips, Acting Dean of Imperial College Business School said: “Congratulations to Douglas and Mike on their new Fellowships. This is a real achievement and reflects their incredible hard work and dedication to teaching and academia at the Business School. We are honoured to have both these distinguished academics among our faculty. We are proud of their significant research contributions to the complex and challenging worlds of finance, economics and management buyouts.”