Over the last decade Imperial researchers have collaborated on more than 60,000 papers with European colleagues.

The Treasury has guaranteed support for research projects funded by the European Union, even after the UK leaves the EU.

The Chancellor Philip Hammond confirmed in a statement that: “where UK organisations bid directly to the European Commission on a competitive basis for EU funding projects while we are still a member of the EU, for example universities participating in Horizon 2020, the Treasury will underwrite the payments of such awards, even when specific projects continue beyond the UK’s departure from the EU.”

Imperial researchers are among Europe’s most successful in winning Horizon 2020 grants. Their work includes efforts to tackle meningitis and HIV, understand the health impact of transportation, and work to develop next generation electronics. 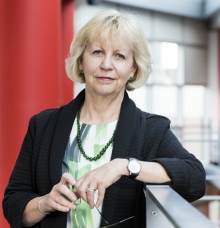 Imperial’s Associate Provost (Academic Partnerships) Professor Maggie Dallman OBE welcomed the Chancellor’s announcement. She said: “This is good news for UK science after a period of uncertainty and indicates that the government appreciates the value of science to Britain’s success. We fully expect that Imperial researchers will continue to play a leading role in European research collaborations both before and after Brexit. We are determined to make a success of our existing research partnerships, apply for new European research grants and to forge new partnerships with European colleagues.

“Several longer term questions about the effect of Brexit on universities and science remain unresolved. We will work with the government and others in the sector to ensure that UK universities’ future remains outward looking, European and global.”

Since the EU referendum, Imperial’s leadership have underlined their support for the College’s European staff, student and friends. The College is also providing expert advice for European staff and their families considering applying for permanent residency in the UK.

Imperial is maintaining a webpage with regular updates about the EU referendum.