Scientists use an app to analyse behaviour and showed how humans routinely sacrifice their short-term happiness for their long-term welfare.

Most theories of motivation have championed the pleasure principle, where our choices of daily activities aim to maximize our short-term happiness. However, it was not clear to researchers how to reconcile this idea with the fact that we all have to engage routinely in unpleasant, yet necessary activities.

To address this question a team of researchers, including an Imperial academic, developed a smartphone application to monitor in real-time the activities and moods of approximately 30,000 people. 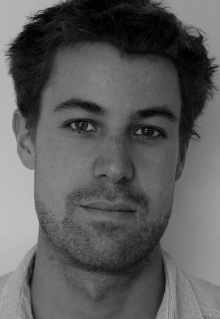 The team found that, rather than following the pleasure or hedonic principle, people’s choices of activities instead consistently followed a hedonic flexibility principle, which shows how people regulate their mood. Specifically, the model shows that people were more likely to engage in mood-increasing activities such as playing sport when they felt bad. When they felt good they engaged in useful, but mood-decreasing activities such as doing housework.

Dr Montjoye (above) showed how our emotions shape our behaviour in his study.

These findings clarify how hedonic considerations shape human behaviour. They may also explain how humans overcome the allure of short-term gains in happiness to maximise their long-term welfare. Overcoming such trade-offs might be critical for our long-term personal well-being.

Dr Yves-Alexandre de Montjoye, one of the authors from the Department of Computing and Data Science Institute at Imperial, said: “The decisions we make every day about how to invest our time have important personal and societal consequences. Most theories of motivation propose that our daily choices of activities aim to maximise our positive state of mind, but have so far failed to explain how people manage their mood and decide to engage in unpleasant yet necessary activities.

“Using large-scale data, we showed how our emotions shape our behaviour and explain the trade-offs us humans make in our daily lives to secure our long-term happiness.”

The study is in the emerging, interdisciplinary field of computational social science. This is where big data from a range of sources such as credit card transactions, mobile phones or online services are used by researchers to understand humans, their interactions and society.

Using the smartphone app allowed the researchers to gather huge amounts of information and use advanced techniques in data science. Studying human behaviour on this scale has been impossible to do until recently. This approach enabled the team to quantify the problem by generating numerical data, which was transformed into useable statistics to give a much more realistic idea of the choices people are routinely making in their day-to-day lives.

As part of the study, participants were presented with questionnaires via the app at random times throughout the day. They were asked to rate their current mood on a scale of 0 (very unhappy) to 100 (very happy) and to report what they were doing from a standard list of choices.

The model revealed that firstly, people’s future decisions to engage in one activity rather than another are related to how they currently feel. Secondly, the interplay between mood and choices of activity followed a very specific pattern.

The research is a collaboration between data scientists, psychologists and medical doctors and is published today in the journal Proceedings of the National Academy of Sciences. Dr de Montjoye, who works jointly between Imperial and the Massachusetts Institute of Technology (MIT Media Lab) in the USA, carried out the research in collaboration with colleagues from Harvard Medical School and Stanford University.