Wildlife in hedgerows suffers when next to roads or pavements A citizen science study has revealed that being next to just one hard surface reduces the diversity of plants and animals in hedgerows.

The UK-wide study asked volunteers to record details about hedges both in rural settings, like farmland, and urban settings, like gardens. Nearly 3,000 hedgerows were investigated by members of the public.

Rural and urban hedges were found to have different plants, insect and spider communities, but both were affected by the presence of a road or path nearby. 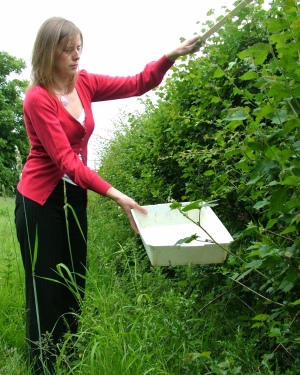 The findings suggest urban planners should take into account the surfaces surrounding hedges in order to make them better refuges for wildlife.

The results were released earlier this month as a part of a review of the Open Air Laboratories (OPAL) citizen science project, hosted by Imperial College London. A total of five papers were published in the open-access journal BMC Ecology.

While the OPAL team acknowledged there may be some inconsistency in how the public reports these factors, they used independent scientists to monitor and control the quality of a number of lakes and ponds to verify the results. 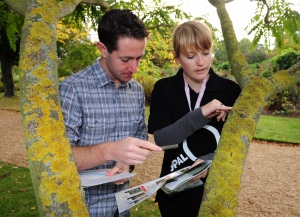 OPAL has become one of the largest citizen science programmes in the UK. It involves studies on both local and national scales in an effort to answer scientific questions and monitor environmental factors, such as species distribution. The surveys tackle environmental change issues from land use modification to invasive species.

Since 2007, this has led to some interesting findings:

Senior Programme Coordinator for OPAL Dr Poppy Lakeman Fraser from the Centre for Environmental Policy at Imperial said: “As we approach our ten-year anniversary, we are incredibly proud of what our community of citizen scientists and practitioners - almost one million of them - have achieved. We hope to be able to continue to support co-produced science for generations to come.”

The OPAL review papers not only looked at results, but also how people engage with citizen science projects and how they can usefully contribute to research.

“We find that people derive real meaning from being a part of the scientific process,” said Dr Lakeman Fraser.

“Well-designed projects can balance the two main aims of citizen science, namely obtaining data that is useful to science and providing opportunities for people to learn about, gain skills and contribute to society.”

Read all the recent publications for free