Hurricanes explained: why is Matthew causing damage on a colossal scale? A hurricane expert explains the devastation caused in Haiti, the Caribbean and United States this week.

Alison Cobb is studying for a PhD in West Pacific Tropical Cyclones in the Department of Physics at Imperial College London. She is a Grantham Affiliate, an expert affiliated with the Grantham Institute – Climate Change and the Environment, one of Imperial’s Global Challenge Institutes.

She answered questions about Hurricane Matthew, a strong tropical storm hitting coastal areas of the Western Pacific Ocean, where it is endangering lives and causing high levels of damage to property and infrastructure.

What is a hurricane and where do they typically form?

A hurricane is a type of tropical cyclone, which is a circulating weather system that rotates anti-clockwise in the northern hemisphere. They can have maximum sustained winds of at least 74 mph (64 knots), with 5 strength categories based on winds. Hurricanes form over warm tropical oceans, and there are on average 80 globally and 12 in the North Atlantic each year, although many do not or ‘make landfall’ (reach the shore). 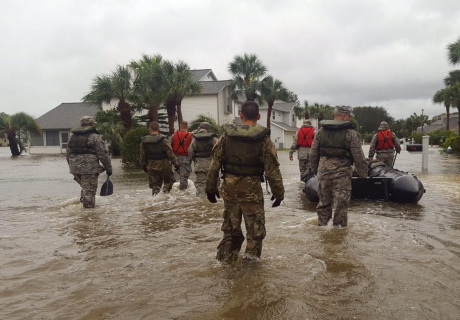 Why are they so dangerous?

Tropical cyclones are the most devastating natural hazard, affecting large populations in both the developed and developing world. They can extend hundreds of miles in diameter, bringing strong winds and intense precipitation to extensive areas. Since coastal areas are often highly populated, large numbers of people are put at risk by the hazardous impacts of these storms.

Most of this damage occurs when tropical cyclones make landfall, where it is not only the destructive force of the strong winds, but also heavy rainfall and ‘storm surge’ that cause widespread damage to communities. Storm surge is where coastal waters are pushed toward the shore by the force of the strong winds, causing them to rise abnormally high. This complex phenomenon can cause devastating flooding. 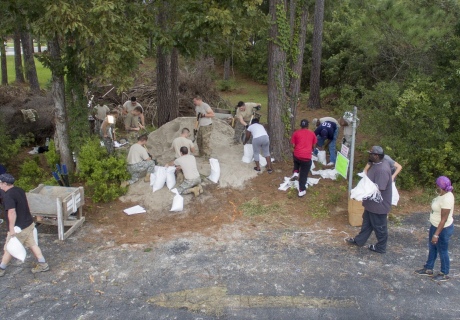 How do we forecast where they will go?

Tropical cyclones are large weather systems that can be clearly seen on satellite images. Computer models and observations - such as those from satellites - are used by agencies around the globe to forecast cyclones. What route they take is mostly determined by large-scale flowing patterns in the atmosphere, which the computer models can simulate, although there is a level of uncertainty in tracking their position, speed and intensity. 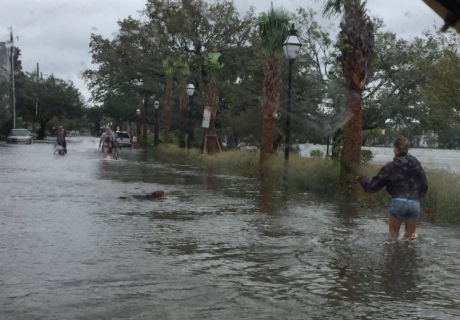 Why is Matthew more dangerous or likely to cause more damage than hurricanes?

This is one of the strongest hurricanes in the last decade, and it is likely that this will be one of the most devastating in history. Matthew has crossed islands including Haiti and the Bahamas and hit the southeastern United States, making landfall as a category 4. Although the effect of wind and rain is widespread, the impact of a storm surge is potentially the most threatening. Early warning and evacuation plans, will hopefully save many lives, although damage to homes and communities will last for many months. 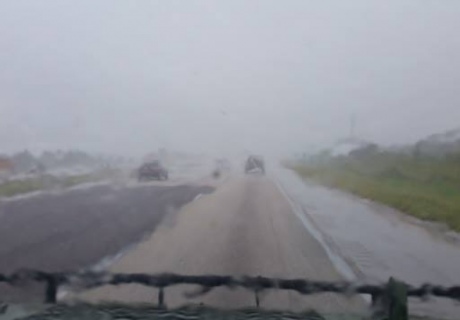 Are the strength or frequency of hurricanes linked to climate change?

There is much research into the effect of climate change on tropical cyclone activity, as they are the most damaging of all meteorological hazards. It is difficult to make any robust conclusions, since science has only been recording tropical cycles for a relatively short period (~50 years) and global climate models do not have the resolution to fully represent all of the detailed processes that exist within them.

One thing that can be agreed upon is the increased damage when these storms make landfall in the future. With an increasing population, especially in coastal areas, there will be greater exposure to the storms in terms of number of people and infrastructure. Secondly, more water can be held by a warmer atmosphere and so the volume of precipitation within a storm can be larger than at present. Thirdly, with sea level rising, it is possible that storm surges will be increasingly more damaging.

Photos used under Creative Commons license from The National Guard (CC BY 2.0).

9 up-and-coming projects in climate change and the environment