This week, Imperial scientists announced findings of a new study into post-operative delirium – a condition which may affect up to one in three people who have a major operation, causing confusion and hallucinations, with the over-65s particularly at risk.

The research, published in The Lancet, found that a mild sedative could greatly reduce the risk of people experiencing delirium after an operation by up to 65 per cent. The study from Department of Surgery and Cancer at Imperial College London is the largest to show such beneficial effects from administering a low dose of a type of sedative called dexmedetomidine after an operation.

Professor Michael Wang, a clinical psychologist from the University of Leicester, suffered post-operative delirium after major heart surgery in 2012. In this audio interview, and in the case study below, Professor Wang describes experiencing hallucinations following his operation.

CASE STUDY: "I thought I was sailing down the River Trent on a hospital ship" 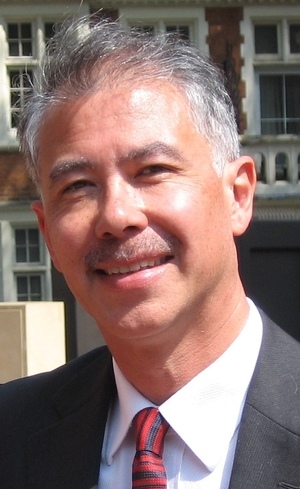 "I first woke around 18 hours after my operation at a Leicester hospital. A doctor was speaking with a nurse about my operation at the foot of my bed, and I asked them where we were. The doctor replied Nottingham, which confused me as I thought we were in Leicester.

I formed the conclusion I was on a hospital ship, sailing down the River Trent.

My operation took place over the Christmas period, and I thought perhaps the ship was a private facility allowing surgeons and anaesthetists to earn extra money.

I looked out of the window and saw trees moving past on the ‘river bank’, which confirmed my suspicion. I also thought I heard the sound of other ships’ fog horns in the distance, which I now realise was the sound of other patients’ bedside call buttons.

I kept trying to pull out the tubes in my arm and chest, which were providing vital fluid, antibiotics and monitoring as I didn’t believe I needed them.

The staff, who were incredibly patient and to whom I subsequently apologised - said to me: “We know you believe this is all part of a conspiracy, but if you pull out your lines you will die.”

Shortly after this, I believed I was moved into a dark room filled with rolled-up carpets. This, of course, didn’t happen and I now know I stayed in my bed on the intensive care unit the whole time.

However, I was convinced I had been placed in this room, and when friends came to visit, I was puzzled by why they needed to squeeze through the gaps between the carpet rolls. I also saw a nurse nearby keeping an eye on me, perched among the rolls of carpet.

Later I awoke to find myself in a sinister Chinese mausoleum under the intensive care unit (or so I thought). It felt like some kind of nightmare, with dark recesses and glowing Chinese symbols. I have since realised these symbols were based on the illuminated heart monitor buttons on the wall opposite my bed.

Once I was discharged from intensive care (approximately three days after my operation) most of the delusions cleared.

Although my hallucinations sound frightening, I felt strangely detached from them. I think this is because of my familiarity, through my work, with the intensive care unit environment and the experiences of patients - and so part of me knew I was suffering from delusions. Indeed, I have researched post-operative delirium and I know that most patients find their experiences far more terrifying than I found mine.

However, the experience allowed me a crucial insight into what patients experience in post-operative delirium, and why it’s so important to gain understanding to improve treatment and prevention of this condition."

Read the full news story about the post-operative delirium study Sedative may prevent delirium after an operation