Football, fun and robots: Imperial scientists pitch up at QPR Imperial played at home with Queen's Park Rangers earlier this month in an afternoon of science, football, and 3D printing at White City.

Who’s got the best lung capacity in White City? Do sports drinks really contain electrolytes? Why is it important to exercise your heart? A team of Imperial staff and students held an interactive stand to explore these questions and examine the science behind sport at a QPR vs. Reading match. 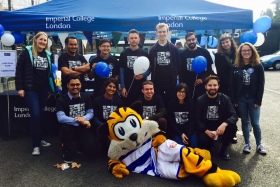 As work progresses on Imperial’s new White City Campus, staff and students are making efforts to build to links with the local community and share the wonder of science, engineering, medicine and business. On 15 October members of the College’s community took up positions in the fan zone of QPR’s home turf at Loftus Road, just down the road from the White City Campus.

“We came to the QPR match to engage football fans with interactive experiments that explore the connections between science and sport. More than 230 fans took part and it was great to see people of all ages having fun and discovering something new.” 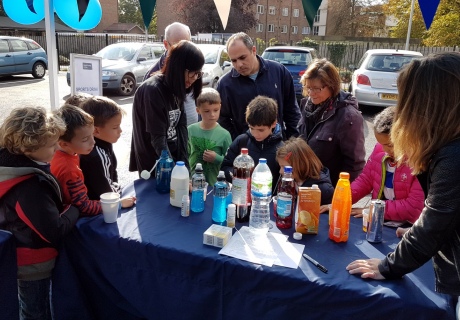 “We were delighted to have our neighbours from Imperial make such a buzz at our fan zone. The aim of the zone is to give families the opportunity to turn a football match into a family day out. It’s a great way to us to interact with club supporters of all ages.” 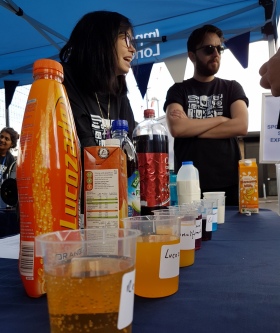 The activities including wireless sensing technology, 3D printing and comparing the sugar levels in sports drinks. The Imperial team also measured the pulses of young football players before and after exercise and had a competition for peak lung capacity. On the pitches next door, QPR ran football coaching sessions, table tennis and inflatable basketball.

Dr Jenna Stevens-Smith from the Department of Bioengineering was at the event, along with students Sihao Lu (PhD student) and Hana Fox (first year undergraduate). Jenna said: 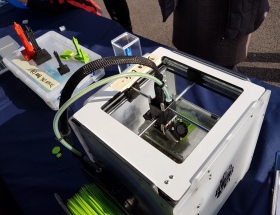 Jess Wade from the Department of Physics and Centre for Plastic Electronics was at the stand to investigate the scientific claims of sports drinks: do they really replenish essential minerals and electrolytes? Jess said:

“Whilst I’m an Arsenal fan at heart, it was great fun to take Imperial to Loftus Road. The White City development is such an exciting opportunity to share our enthusiasm for connecting with the local community in W12 it was an honour to join Priya and her team.” 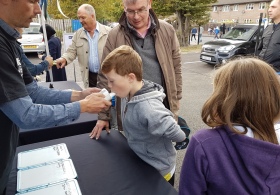 Imperial’s vision for the new White City Campus is to be a long-term partner of the local community. The College will be opening up a dedicated community engagement hub in 2017, and is running a series of interactive activities across the local area. Priya said:

“We would love to hear your thoughts and ideas on how we can best interact with the local community, and suggestions for future events.”

Priya can be contacted at whitecity.community@imperial.ac.uk